Parente does the double for McLaren in Lime Rock GTs 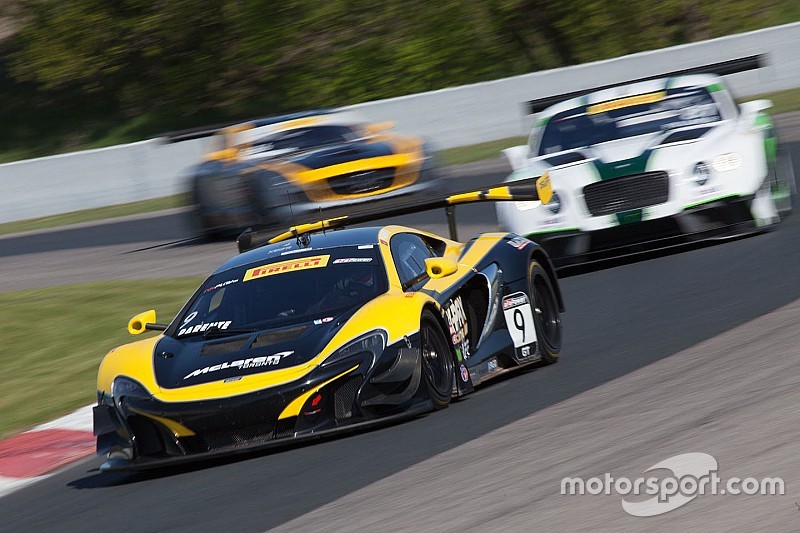 With poleman Andrew Palmer’s Bentley not taking part after his horrific accident in warm-up that hospitalized him and Jorge de la Torre, poleman Parente led Patrick Long’s Porsche 911 into Turn 1.

Johnny O’Connell (Cadillac) just held off Acura’s Ryan Eversley behind them before establishing himself in a solid third.

In early lappery, Parente was carved up by the GT Cup leader Sloan Urry, which almost allowed Long a run on him, but he held on for his fourth win of the season. After the race he sent his best wishes to Palmer, with whom he'd raced hard the day before.

O’Connell’s chances of a top finish went up in smoke at half distance due to a right-rear puncture, handing third to Eversley.

Kyle Marcelli (Audi R8) passed a struggling Eversley in the final six minutes for third, ahead of the battling James Davison (Nissan) and Adderley Fong (Bentley).

Parente had won Friday’s first race of the weekend after a smart pass on race leader Palmer’s Bentley just after the 10-minute mark. As they encountered traffic, Parente looked high and then low into Turn 1 to take the race lead from Palmer.

With eight minutes to go, Palmer went off at Turn 1 following contact with Patrick Long, which sent Palmer down to fifth.