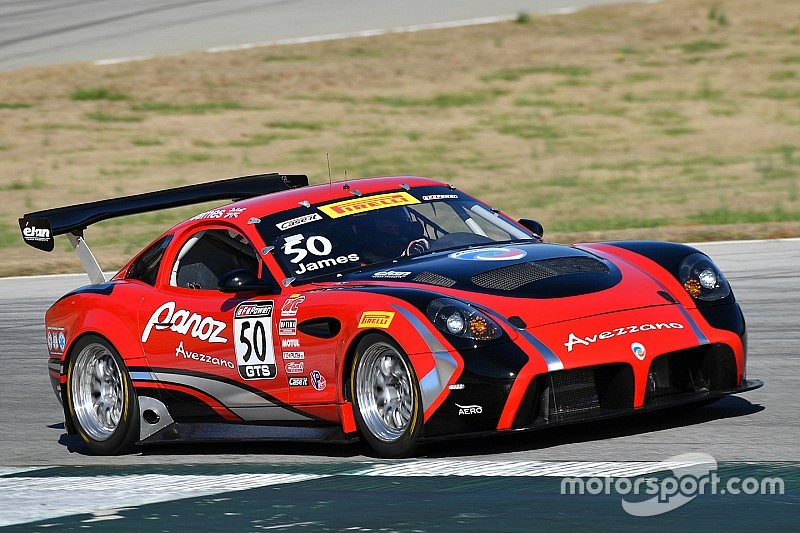 Ian James in the No. 50 Panoz Avezzano GTS finishes third in PWC GTS/GT4 Round 4 on Sunday with dramatic last lap, last-turn pass.

As the green flag dropped for Sunday’s Round 4 standing start, James immediately jumped from P9 to P4 on the first lap. Throughout the 50-minute race James and the Avezzano GTS showed tremendous pace and performance and stayed in the top five all race. In the final 10-minutes, James continued to close the gap on the No. 10 Blackdog Speed Shop Chevrolet Camaro GT4 to put the Avezzano in position to make a move on the final lap.

The VIR race weekend was a tremendous success for Team Panoz Racing with the team showing great progress and significant performance gains since the PWC GTS/GT4 Championship kickoff at the 2017 Firestone Grand Prix of St. Petersburg in March. The team worked hard since St. Petersburg and all week in Virginia to raise the performance bar, which showed when James qualified P8 in Saturday’s PWC GTS/GT4 qualifying session with a time of 1:56.032, only 0.888 seconds off the pole-sitting time of 1:55.144.

The Avezzano GTS is based on the new Panoz Avezzano sports car, the latest street-legal Panoz creation.