The Racing Company to enter the Pirelli World Challenge 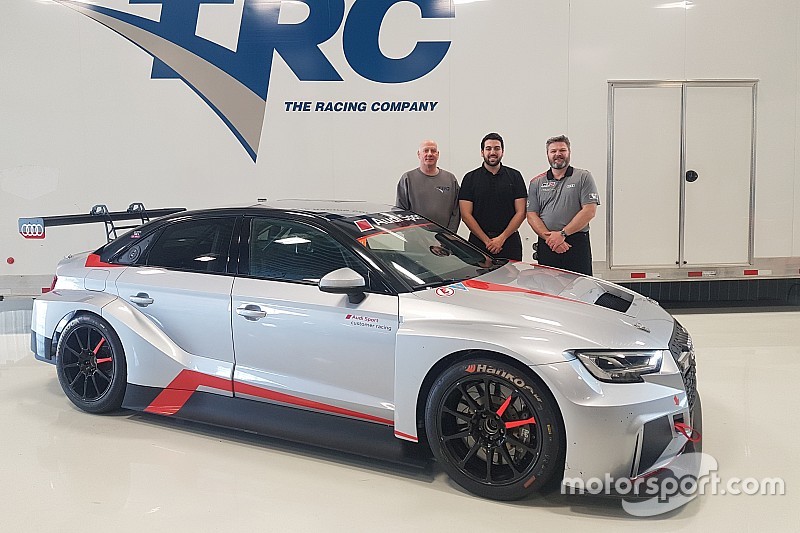 A Canadian team, The Racing Company, will compete in the 2018 Pirelli World Challenge with an Audi RS3 LMS in the TCR category.

Based in Candiac, Québec, The Racing Company (TRC) is a family business headed by Racing Director, Jocelyn Daniel. The team has competed in the CTCC, the Canadian Touring Car Championship, in the past and has set new goals for this season and has entered a technical partnership with M1 GT Racing.

The Technical Director of M1 GT Racing is no other than fellow Canadian, Rémi Lanteigne. His team is based in the United States and has competed in the Pirelli World Challenge with an Audi R8 LMS GT3.

Jocelyn Daniel’s son, Jérimy will be driving the 2017 Audi RS3 LMS in the Pirelli World Challenge this season. Jérimy competed in Formula 1600 and Star Mazda series before he turn to sedan type of racing. He’s also been crowned Vice-Champion of the GT3 Porsche Canada Cup in the Gold Class. He will be back behind the wheel after a one-year absence.

“I am excited to come back to racing after not driving for a season,” said Jérimy Daniel. “For me, this is a great comeback because I really think that the Pirelli World Challenge is a well-established series that could open a lot of doors for us.”