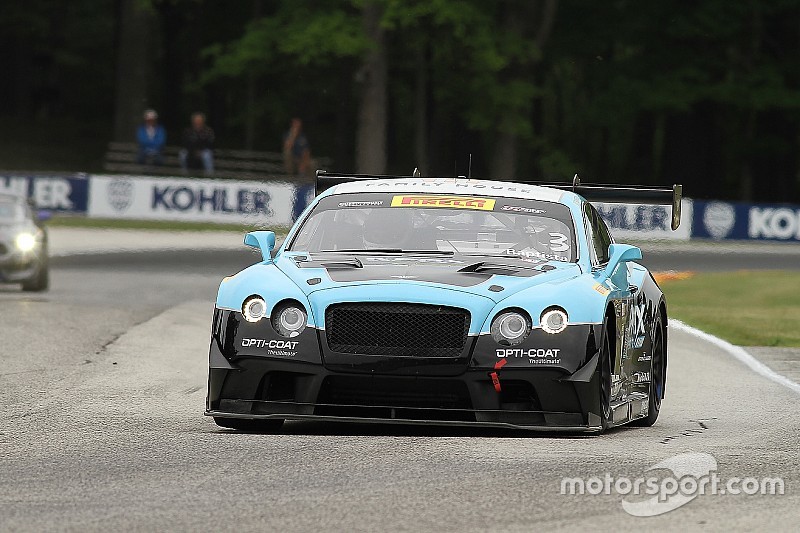 Rodrigo Baptista dominated race one of the Pirelli World Challenge Sprint event at Watkins Glen on Saturday in his K-PAX Bentley Continental.

Pole sitter Baptista led Daniel Mancinelli (TR3 Ferrari 488) into Turn 1, while Scott Hargrove’s Pfaff Motorsports Porsche 911 passed Alvaro Parente in the second K-PAX Bentley going into the Esses, and then Michael Christensen’s Porsche also snuck past Parente on the run to the Inner Loop on the opening lap.

Parente repassed Christensen at Turn 1 before half distance, and then hounded Hargrove for third. Hargrove dived into the pits with 15 minutes remaining with a cut tire, which dropped him to seventh.

Parente lost third when he blew a left-front tire exiting the Inner Loop in the closing moments, which promoted Christensen to the podium. Toni Vilander finished a close fourth in his Ferrari 488, ahead of Michael Cooper (Mercedes) and Hargrove.

Anthony Imperato won the poorly-supported Am class in his Wright Motorsports Porsche.