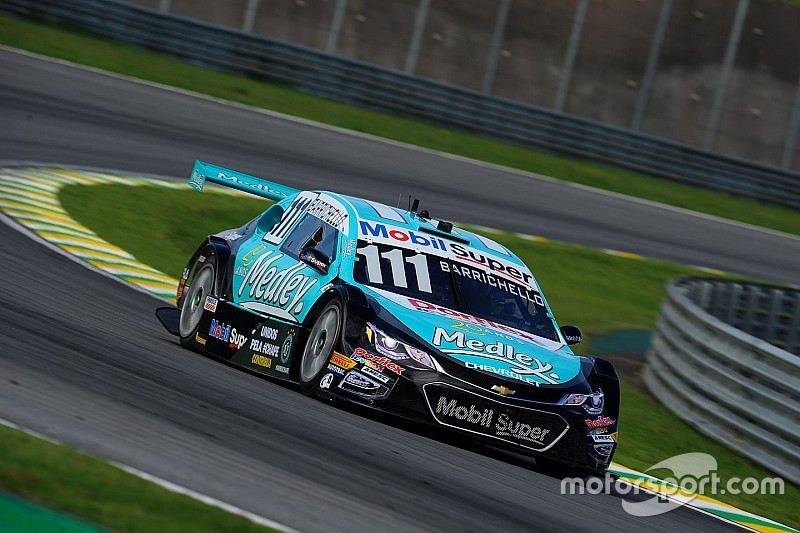 The 2014 champion proved he's still alive. Rubens Barrichello set his seventh pole position at Stock Car on Saturday (20) and his first in Santa Cruz do Sul (RS) setting a great time in the last phase of qualifying.

With a time of 1min20s189, he overcame the 2015 champion Marcos Gomes by 0.277 and secured the honor position for the first time since the Goiânia stage in October last year.

Behind Marcos Gomes, was the leader of the championship, Thiago Camilo. The Ipiranga rider was third. Max Wilson, the fastest in Q1, was fourth. The third row will have the other championship leader, Daniel Serra, and Felipe Fraga.

With the painting referring to the 1987 Lotus of Ayrton Senna, who won the first of six victories in Monaco, Cacá Bueno remained in Q2 with only seventh time on the starting grid.

The three-time Stock Car champion will leave next to Attila Abreu in the fourth row. The driver from Sorocaba (SP), fourth placed in the championship, lost the vacancy in Super Pole by only 0s099. Diego Nunes and Allam Khodair closed the top-10.

Fifth in the championship, Ricardo Mauricio will only leave in 14th.

For a punishment in the last race, Antonio Pizzonia did not train. Bia Figueiredo was in 29th and had the time removed after touching with Cesar Ramos in the last race. She leaves 29th place.

Camilo and Fraga win Race 1 and 2 at Velopark

Brazilian V8 Stock Car: Barrichello and Ricardo Maurício are the winners at Santa Cruz do Sul