Brazilian V8 Stock Car: Barrichello and Ricardo Maurício are the winners at Santa Cruz do Sul 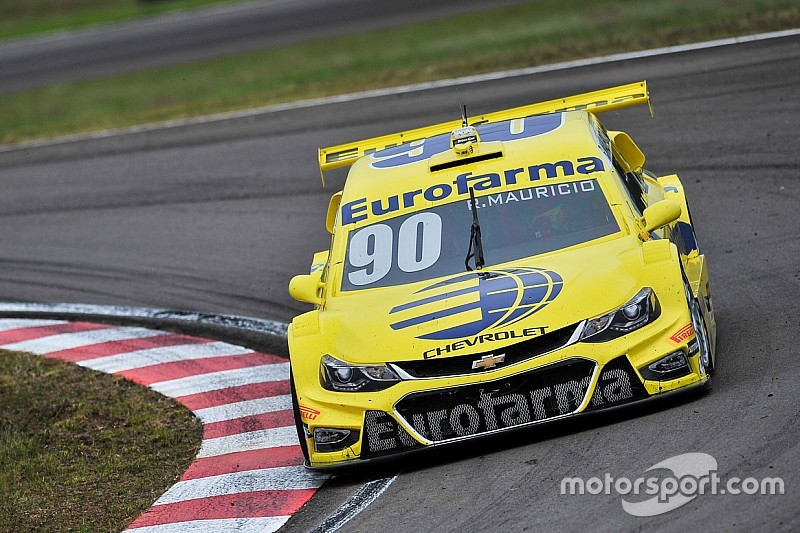 On Race 1 Rubens Barrichello took advantage of pole position and was ahead from the start; On Race 2 Ricardo Maurício, with the help of luck, won his first race of the year

Celebrating his birthday next Tuesday, Rubens Barrichello got a good early gift. The 45-year-old driver won his sixth Stock Car victory and first of the year on Sunday (21) in Santa Cruz do Sul (RS).

The Full Time rider took advantage of the pole position won on Saturday and was ahead from start to finish. In an attempt to reach Barrichello, Marcos Gomes put too little fuel in his car to make a faster pit stop, but failed to reach the 2014 champion.

The dispute for the third place was between Thiago Camilo, Max Wilson and Átila Abreu. Camilo made a good recovery run, but lost the use of push to pass button on the penultimate lap, when he was blocked by Camilo. On the next lap, Wilson overtaken him at the first corner. Max was overtaken by Attila, who was fourth.

Cacá Bueno was the pole for Race 2, after losing several positions at the end of the race for Ricardo Zonta, Allam Khodair and Felipe Fraga. The carioca finished in tenth.

The current Stock Car champion Felipe Fraga had the Race 2 of the Santa Cruz do Sul stage in hand, but a tire hole took Fraga from his second win of the year. The Tocantins' driver had been leading the race since the second lap, when he passed teammate and inverted pole Cacá Bueno.

Fraga's bad luck was Ricardo Maurici luck, who had stopped after problems in Race 1 and saved tires and pushes for Race 2. He got the victory in Rio Grande do Sul, his first in the year.

Antonio Pizzonia was the second and gave the first podium to Prati this year. He triumphed in a duel for second place with Sergio Jimenez, Felipe Lapenna and Tuka Rocha. Everyone did the same strategy as Ricardinho.

Jimenez also gave the first podium of the year for his team, passing Lapenna on the last lap.

Rafael Suzuki was the sixth with Bia Figueiredo in seventh. Attila Abreu finished eighth with Khodair in ninth. The two were the only top-10s in Race 1 to be in the top-10 of the second race.