Camilo and Fraga win Race 1 and 2 at Velopark 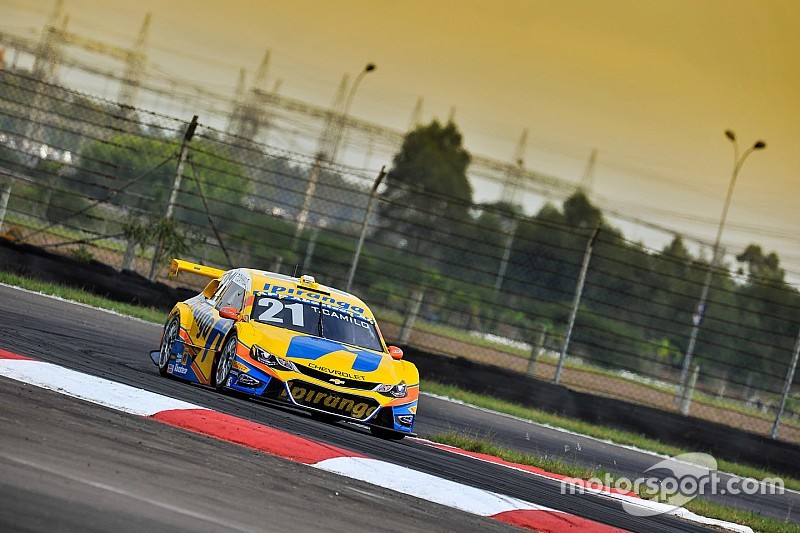 Even with two Safety Car appearances during the race, Thiago Camilo won his first Andreas Mattheis team victory on Sunday (23) at Velopark circuit in Rio Grande do Sul, Brazil. The driver led Race 1 from the start and won the second round of Stock Car Brazil in 2017 and earned his 22nd victory on this series.

Camilo passed the first corner ahead and, progressively, increased the distance that separated him from his rival Cacá Bueno, who finished the race in second place, winning his first podium by the Cimed Racing team.

It was the sixth win of Andreas Mattheis's team at Velopark.

Dribbling a power steering problem, Ricardo Mauricio won the third place after a good fight with Marcos Gomes, who finished in fifth place after being beaten by Daniel Serra in the last laps.

The pole in the inverted grid for the second race went to Felipe Fraga, who surpassed Tuka Rocha just before the finish line.

Felipe Fraga knew to take advantage of the inverted pole and practically had no opponents for the victory that obtained today in Rio Grande do Sul.

Gabriel Casagrande, who disputed the first place with Fraga, had to stop because of problems with the gearbox of his car, and the second place ended up with Valdeno Brito, who won his first podium for the Eisenbahn Racing Team after beating Marcos Gomes in the last lap of the race with a push to pass challenge in the final stretch.

Starting from behind, Attila Abreu was fourth with Rubens Barrichello in fifth.