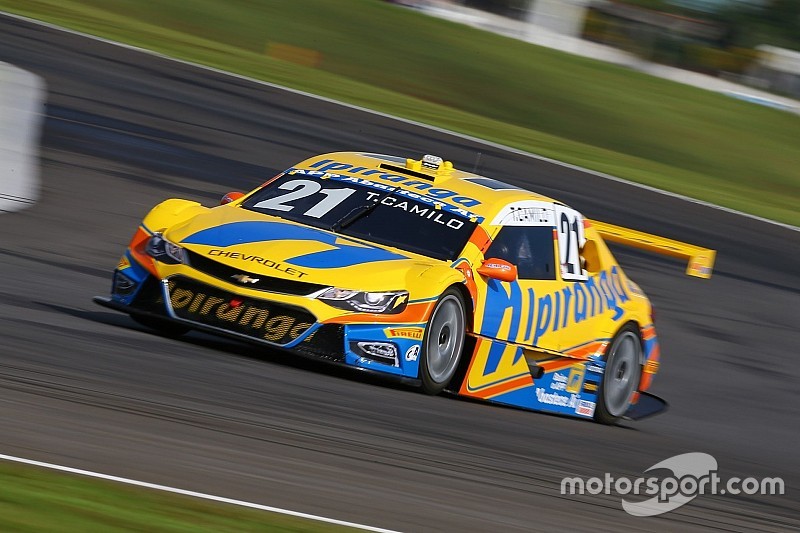 Rubens Barrichello completed the podium in both races from this Sunday

Race 1 of the Londrina stage at the Autodromo Internacional Ayrton Senna, was won by Thiago Camilo. The Ipiranga Racing driver started from pole position and, without being threatened in any way, won his third victory on this same track.

Daniel Serra, current leader of the championship, came out with the second position after starting in third. Rubens Barrichello, winner of the stage of Londrina of 2016, started in fourth and completed the podium

With the grid reversed for the top ten positions, race 2 of the Londrina stage of the Stock Car was won by Ricardo Zonta, who started in the 16th position of the grid to receive the chequered flag in first position.

The second position was with Marcos Gomes, the fifth of the start. Rubens Barrichello, who dropped out of the eighth position, overtook Antonio Pizzonia on the last lap and completed the podium again as in the race 1.

Results from Race One