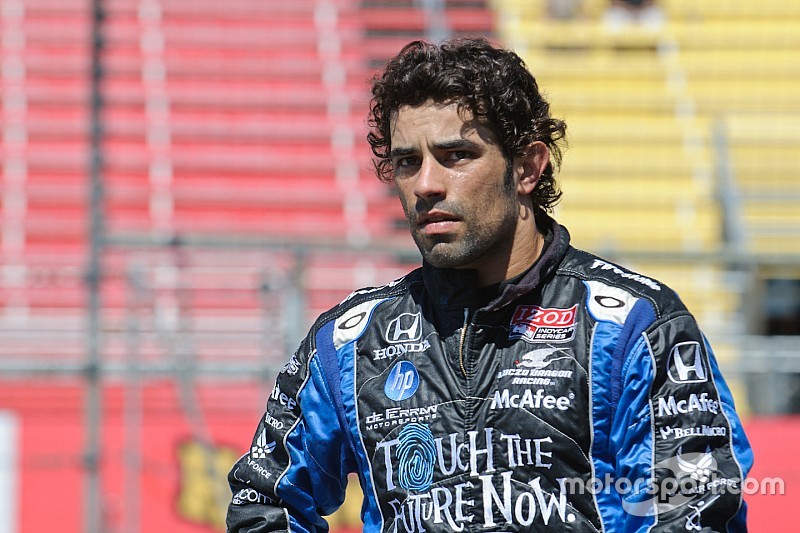 Ex-IndyCar driver Raphael Matos is set to spend the next two years on the sidelines after a failed drug test has led to him receiving a ban from the Brazilian Automobile Confederation.

Matos failed the drug test in question during V8 Stock Car Brasil's October round at Curitiba.

In a statement, the Brazilian Automobile Confederation has not mentioned which substance led to Matos' ban, referring only to "adverse analytical findings".

"The Disciplinary Committee of the Superior Court of Sports Justice, in a trial held on 15 December 2015, has levied a two-year suspension against the pilot Raphael Costa Silva Matos, with the loss of points and awards from the round in which he did the drug test."

The former Indy Lights and Atlantic Series champion, who raced for the Jay Penske/Gil de Ferran-run Luczo Dragon Racing IndyCar team 2009-’10, had originally been given a 30-day pre-emptive suspension after the findings arose and was absent from the Stock Car Brasil finale at Interlagos.

Former Formula Renault 3.5 driver Lucas Foresti also failed a drug test in the very same weekend as Matos, which would also prove to be the weekend in which Foresti's scored his maiden win in Stock Car Brasil.

Foresti's trial will not be held until next year but he is likely to lose his first victory if found guilty.

Stock Car Brasil has endured a tough time with doping over the past few seasons, with five drivers, including ex-F1 man Tarso Marques and newly-crowned champion Marco Gomes, having been suspended in the last six years.

Matos defends substance use, saying it was to fight against tumors