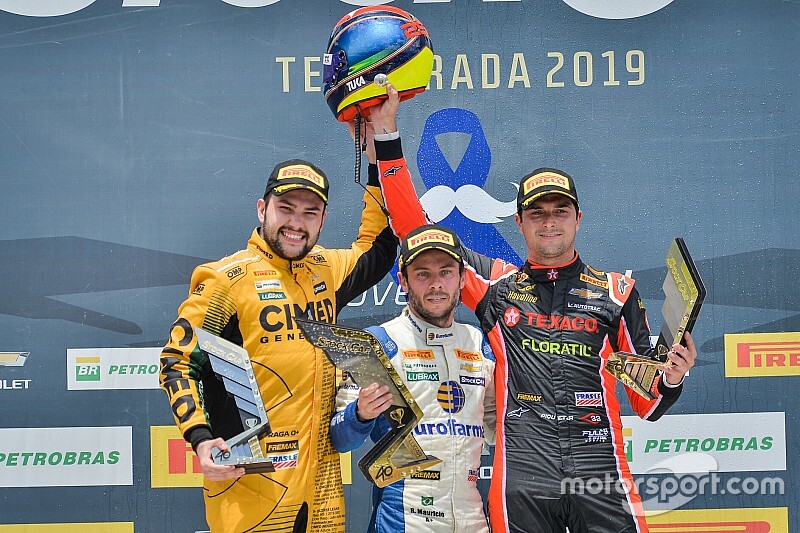 Ricardo Mauricio has hit out at the decision to disqualify his victory in the second Brazilian Stock Car Championship race at Goiania on Sunday, due to a brake light failure.

Mauricio raced his way to victory, overcoming Prati-Donaduzzi duo Julio Campos and Valdeno Brito who started from the front row, but his win was taken away some four hours later by stewards.

“I got a touch at the start of the race,” complained Mauricio. “It is very unfair, something that gave me no advantage in the race being considered to disqualify me.

“I lost 40 points for punishments throughout the year. The difference between [points leader Daniel] Serra and me is 43 points, and I would be much more alive in the fight for the title in Interlagos.”

In race 1, Gabriel Casagrande started from pole position and converted that into his first win of 2019. Cesar Ramos and Lucas Foresti completed the podium. During that race Rubens Barrichello spun but returned to the track and finished 19th. He battled back in Race 2 to finish fourth.

“I had some difficulties in race 1, but in the second we recovered,” said Barrichello. “We didn't have such a good set [of tyres], but we managed to recover well in the end.”

Serra could win his third consecutive title on December 15 at Interlagos, where six drivers have mathematical chances of title…