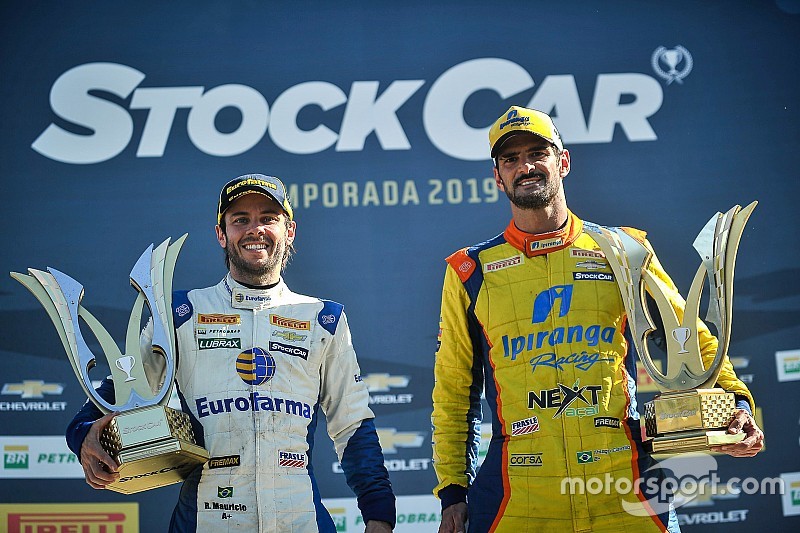 Having secured his fourth-straight pole position on Saturday, Camilo scored another victory by leading from start to finish in Race 1, giving no chances to the chasing Prati-Donaduzzi Racing teammates Valdeno Brito and Julio Campos.

In Race 2, Mauricio benefited from a faster pit stop than Atila Abreu, and secured the victory. Bruno Baptista overcame Abreu and pressured Mauricio as they reached the finish line – the difference between them was only 0.3s.

Beatriz’s fourth place was her best result in the series, and she said: “Today I am going sleep very happy and relieved because we were able to confirm the potential of my car. But I want more, because we are close to have my first podium in Brazilian Stock Car. What matters is that we show what we can do, we will be more confident for the rest of the season and the podium will come.”

With mechanical issues, Rubens Barrichello did not even start in Race 1, but was eighth in the second race: “A gear issue had been happening since Friday and also affected our qualifying performance,” he explained. “It was very difficult to identify and solve this problem.”

Stock Car Brazil after the 4th round