Zonta issues quit threat after third exclusion in a year 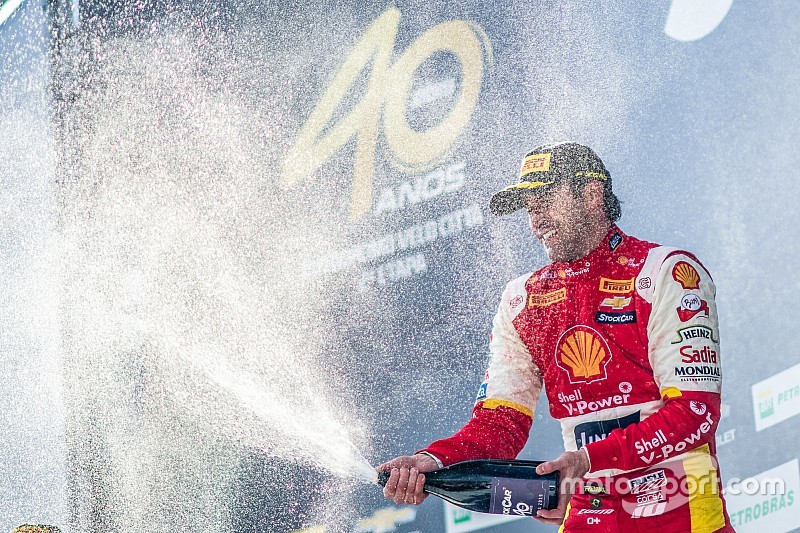 Former F1 racer Ricardo Zonta has spoken out furiously over his third disqualification from a Brazilian Stock Car race in a calendar year, after his recent victory at Velo Citta was annulled.

The former BAR, Jordan and Toyota driver has been a long-time participant in his domestic stock car series, but his disqualification from both races (he’d finished seventh in the first event) at the previous round for a brake caliper infringement left him fuming at his situation.

“What is this for? My name doesn’t deserve this,” said Zonta. “I'm seriously thinking [about if] I’ll have mood and power [to keep racing here]. I’m in doubt. This has never happened in other series with me.”

When asked about where else he might race, he replied: “Certainly, GT championships, as we see in the United States, it is possible that I could race and wouldn’t mess up my time with my family. The same [time] I’m spending time doing Brazilian Stock Car races, I could do that in other countries.”

Fellow ex-F1 racer Rubens Barrichello became the winner of race two at Velo Citta, but chose he words cautiously when asked by Motorsport.com for his thoughts.

“I can’t talk about this subject because it’s very delicate,” he said. “As one of the drivers, this may seem like a negative thing. It's not the way we like to win, but I don’t judge this situation right now. It’s a situation for the CBA [the Brazilian motorsport confederation].”

Further confusion was added when the CBA was late to confirm the result of Zonta’s exclusions, which means Barrichello is also now the new championship leader.

Brazilian Stock Car boss, Carlos Col, explained why the series didn’t confirm its new standings until now, despite Motorsport.com Brazil breaking the news of Zonta’s exclusion on Thursday: “Vicar [the organizer], even though we had known last night about the information, we couldn’t consider as official.

“As a matter of responsibility, we didn’t disclose the information because we didn’t formally receive this update. Since this information belongs to the [CBA], Vicar respects the hierarchy.”