Ryan Newman used a traditional NASCAR bump-and-run to get by Marco Andretti and earn his first SRX Series victory of the 2022 season.

Newman, who started ninth in the 12-car field in the main event, nudged Andretti from the lead with six of 75 laps remaining and held to take the win at Stafford (Conn.) Motor Speedway on Saturday.

It’s the first victory for the NASCAR veteran in the Superstar Racing Experience (SRX) Series.

“A really special night to win here tonight at Stafford. Amazing night for me in the SRX Series,” Newman said. “For Bruton Smith and his family, this is special. For Bryan Clauson and his family, we got to park it in Victory Lane.

“To beat the best between Marco (Andretti) and Paul (Tracy), Tony (Stewart) and all the guys that are a part of this deal. It’s so special to be a part of and then to beat them. I’m so honored to be a part of it and look forward to three more.”

“Ryan did the bump, the same thing that everybody is going to try to do to win the race. He did it with perfect amount of laps left,” Andretti said. “I was screaming on the radio because I was driving blind, I didn’t know how many laps left to go, so I missed timed that.

“Overdrove, wheel-hopped it at the end, but I’m learning so much from these Cup guys. They are just too good.”

The action kicks off at 8 p.m. ET on CBS and will stream live on Paramount+. 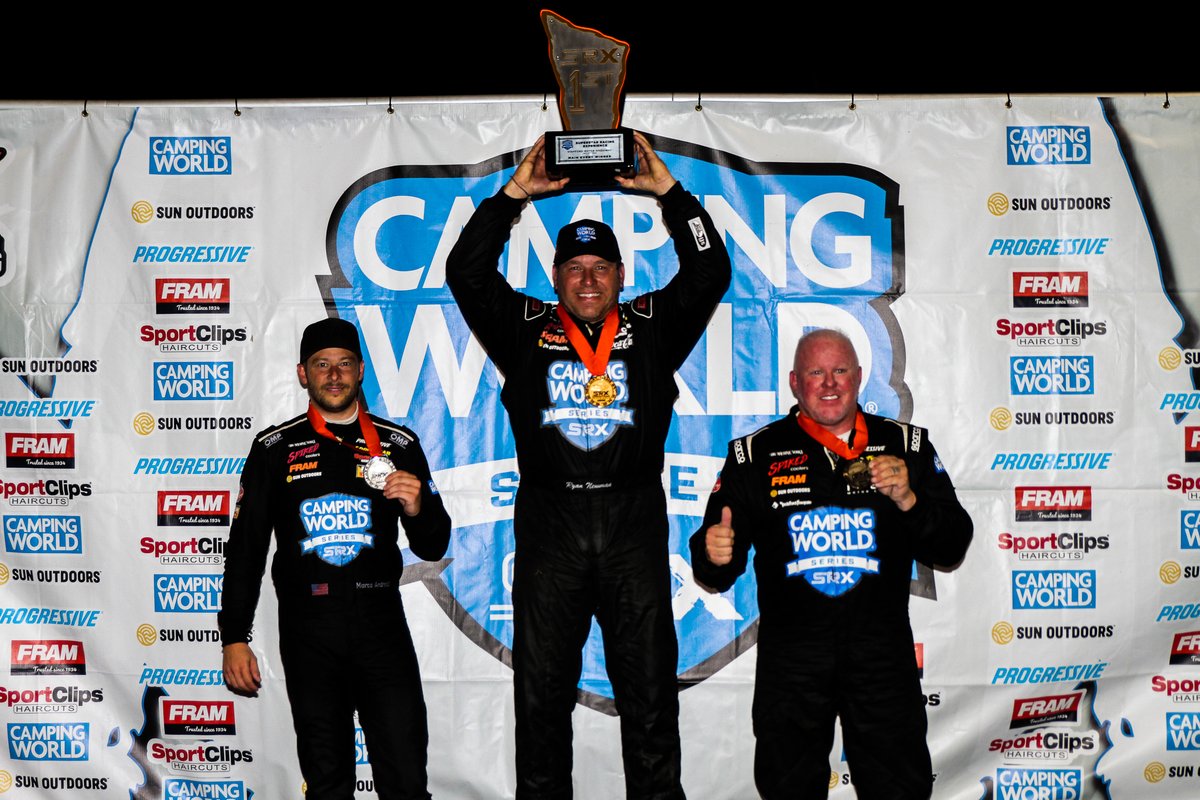 Elliott back atop the standings, but "nobody is safe"

Losing out on Bristol win "terribly disappointing" for Bell

Tony Stewart earned his second SRX Series win of the season, beating Marco Andretti in a two-lap shootout at I-55 Raceway in Pevely, Mo.

Ryan Newman used a traditional NASCAR bump-and-run to get by Marco Andretti and earn his first SRX Series victory of the 2022 season.

Four-time Indianapolis 500 champion Helio Castroneves was a late entry to Saturday night’s SRX Series season opener and still came away with the victory.