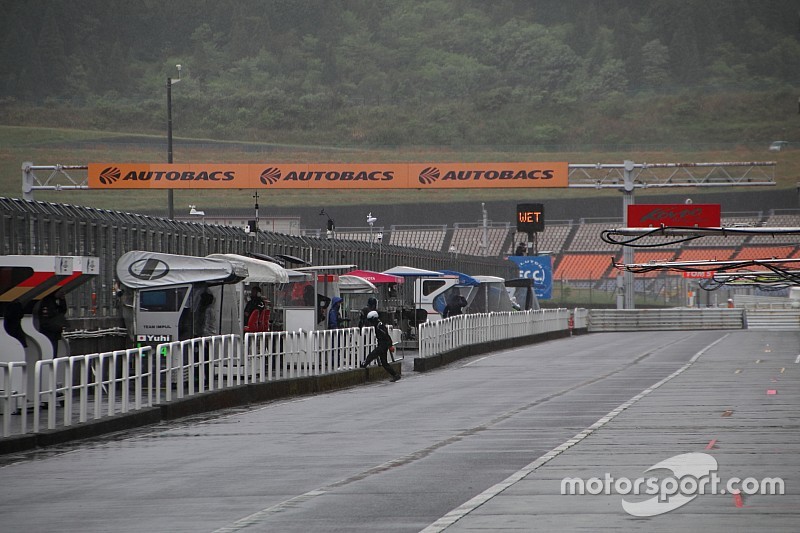 The qualifying for the Autopolis round of Super Formula has been postponed until Sunday morning due to heavy rain and wind, the organiser of Japan’s premier single-seater series has announced.

The rescheduled session will begin at 8:45 am local time and will be held in conjunction with third practice, although more details about how the format will be changed are yet to be revealed.

While more rain is expected on Sunday, the forecast suggests that its intensity will be less than that on Saturday.

Although the Japanese F3 race went smoothly after a brief safety car period, weather conditions severely deteriorated between the end of the race and the scheduled start of Super Formula qualifying.

The organiser originally delayed the session as the safety car inspected the track, before declaring that it will be moved to Sunday morning at 3:20 pm local time.

This is not the first time Super Formula has been forced to reschedule qualifying to Sunday in recent years. In 2017, the second and third legs of Motegi qualifying had to be moved to the next day due to similar weather conditions.

While last year’s Autopolis qualifying went smoothly in the dry, the race itself had to be cancelled due to heavy rain and visibility concerns.