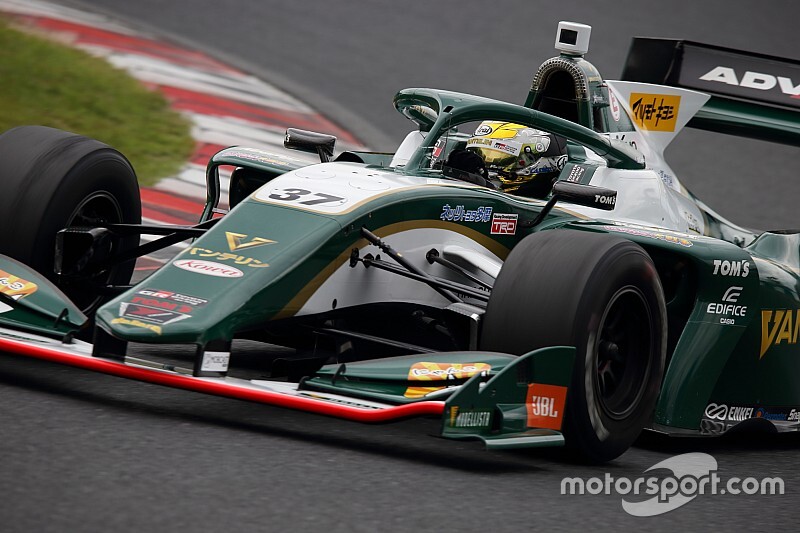 Nick Cassidy has confirmed he will defend his Super Formula title with the TOM'S team this year despite having been missing from Toyota's initial announcement regarding its drivers for the new season.

New Zealander Cassidy had been absent when Toyota revealed its 2020 roster in early February as he had not yet finalised a deal to stay at TOM'S for a second season, although he had signed to remain part of the team's SUPER GT line-up.

He will once again partner Kazuki Nakajima in 2020, having decisively beaten the Toyota LMP1 regular during their first year as teammates last year.

"It’s great to be able to have the chance to defend the championship," Cassidy told Motorsport.com. "I’m under no illusions that will be very tough, but we were improving at a good rate last year and we ended the season very strong, so I expect that to continue.

"Because of that progression at the end of last year, I wasn’t considering any team other than TOM’S within Toyota. It’s a very natural thing for me to continue.

"There are some regulation changes this year that don’t necessarily help Toyota; if anything it may work against us. But that’s something we’ll have to live with and we’ll do our best.

"Again I’m up against Kazuki, who is one of the fastest and most proven guys in the championship, so I’m also not expecting that to be easy. After last year he’ll be doing everything to come back strong so I’m looking forward to that challenge as well."

Regarding why he wasn't part of Toyota's initial announcement, Cassidy explained: "We had agreed a deal but things weren’t on paper, so there was a small delay.

"But it was nothing unusual. It raised some questions, which wasn’t ideal, but I’ve been with TOM’S for five years and nothing was going to change there. They feel like my family so I’m happy to announce it now and it’s nice to be able to announce it individually."

Prior to the start of Super Formula testing at Suzuka on March 9-10, Cassidy will take part in the Formula E rookie test at Marrakesh on March 1 for Envision Virgin Racing.