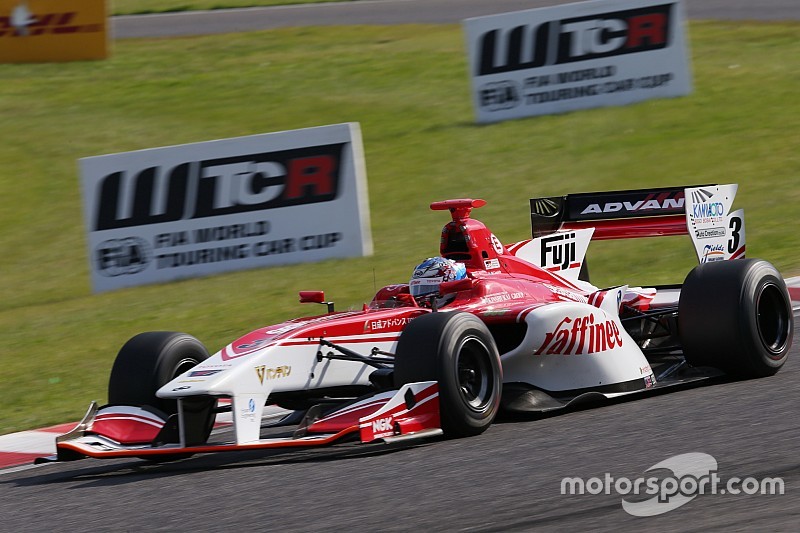 Toyota-powered Cassidy missed the win at Suzuka by less than a second to Honda rival Yamamoto, despite closing down a 7.5-second deficit to the Japanese driver in the final laps after his pitstop.

It came after the New Zealander chose a diverging strategy, starting on medium tyres and dropping away from soft-shod Yamamoto before charging back into contention when he switched to the quicker tyre on lap 29 of 43.

He started the final lap just 0.8s adrift of the lead but could never get close enough to line up a pass, which meant he finished second and conceded the title to Yamamoto by just one point.

“We needed track position over Yamamoto to win today,” admitted Cassidy. “If I would have caught him 10 laps earlier, I don’t think much would have happened.

“We’re still missing around 7km/h in the speed trap [compared to Yamamoto]. There was not so much I could do even on the soft tyre.

“I was going to give it my best shot, I wanted to get close, but I was losing too much when the steering wheel was straight.

“I’m not worse off than the other Toyota drivers, it’s not like I had a bad engine. It was just the case that this year it’s been that way.

“Other Toyota runners choose to run less downforce to make up for it, but that’s not ideal.”

Cassidy revealed that the unorthodox call to start on the slower medium tyre was his, based on the pace he had done in practice, but said he could have gone longer on the soft tyre.

”My biggest worry was someone trying to do [almost] the whole race on soft,” he explained. “I was worried other people at the back would start on mediums and box on lap eight.

“I don’t know why, but I seem to be able to make the soft last a long time. I probably could have done 30 laps on the soft, I could’ve done something extreme.”

Although Cassidy said he was “gutted” to lose the title, he said his overriding feeling was pride in being able to fight for the title in just his second Super Formula season.

“Honestly, this guy here [Yamamoto] really deserves it,” admitted Cassidy. “It’s only my second year in Super Formula, and not so long ago I was in Formula 3 and watching him win championships.

“I had a chance, gave it everything I had in qualifying, and we did our best-ever race at Suzuka. I’m proud of our fight, just one point short.”

For his part, Yamamoto - who previously won the Super Formula title in 2013 - described the end of the race as being 'stressful', especially after he allowed Cassidy to close in with a lock-up at the final chicane.

"During the race, I struggled to manage my brakes and I had very low temperature while I was using the medium tyre," said Yamamoto. "I tried to sort out the problem but it didn’t work, and I locked my brakes at the entrance of the chicane as a result.

"Honestly, it was a tough race. But I believe Nick would have found it difficult to overtake me even if he closed up to me because he lost downforce if he came towards me.

"I was a bit stressed on my last lap but I believe I could win as long as I didn’t make a mistake like locking the brakes."