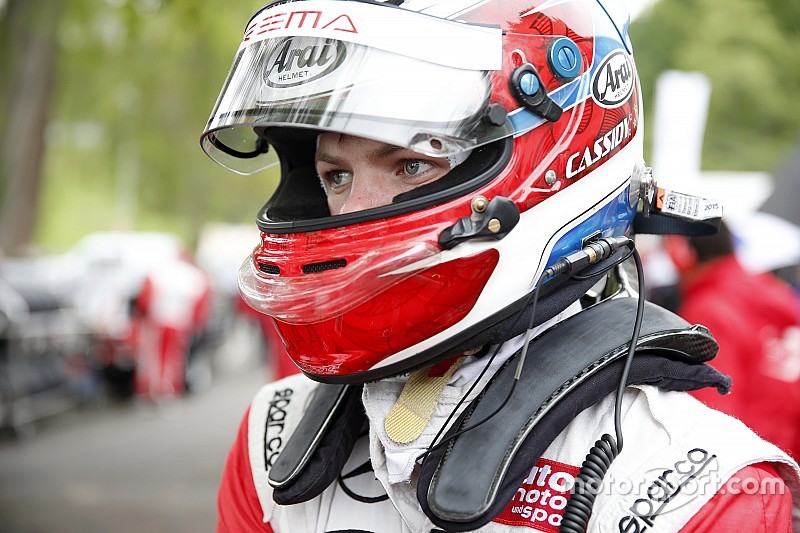 New Zealand's Nick Cassidy says his career focus is firmly on the Japanese racing scene – but admits he “would love” a shot at the Le Mans 24 Hours.

Cassidy, 22, has impressed during his career in junior single-seaters - twice winning the off-season Toyota Racing Series in his native New Zealand, taking a Macau Grand Prix podium finish in 2014 and becoming Japanese Formula 3 champion the year after.

The Kiwi contested a debut Super GT campaign last year with Lexus Team TOM'S, but also raced in European F3 with Prema on a full schedule, finishing fourth overall in the latter.

Now that he's been signed up for a dual programme in Super GT and Super Formula for 2017, Cassidy says he is happy to focus on the Japanese racing scene – and that his only other major goal in international motorsport is to compete for outright Le Mans victory.

“Short and medium-term, I’m focused on my racing in Japan,” Cassidy told Motorsport.com.

“I enjoy the culture and the people I work with, and Super Formula is basically the fastest car in the world outside of F1.

“Last year was a very big year for me, breaking into Super GT 500, and now to have Super Formula as well is fantastic. I really think they are two of the top championships in the world right now, in terms of having a full field of professional drivers."

Asked if he had thought about racing outside of Japan, he replied: “When I look at the rest of racing internationally, I think I would love do Le Mans and challenge for victory there outright.

"The type of racing we do in Super GT, with two drivers [per car] amongst slower traffic in longer races, and in high-power, high-downforce cars, it’s the perfect breeding ground for LMP1 drivers, which helps.

“But excluding [Le Mans] I’m happy where I am.”

Cassidy clarified then that he would not pass up an LMP2 Le Mans opportunity either. “Ryo Hirakawa [new Super GT teammate] did ELMS last year and Le Mans in P2, and for sure I would never turn down the chance to go there in a P2.

"I potentially could [do it this year], the calendar works, but I’ve been so focussed on Super GT and Super Formula that I haven’t thought about it yet.”

Cassidy's debut campaign in Super GT in 2016 yielded two podiums and a strong fifth place overall, but he concedes the going could be a lot tougher in Super Formula.

“I’m not expecting an easy time in my first year of Super Formula, my expectations are relatively low but I’ll do the best job possible," said Cassidy of his expectations in the single-seater series.

“You always want to beat your teammate [Yamashita], but realistically Kondo have had a very tough couple of years. So we need to work together.

“We’re both experienced, but we need to speed up that learning process for the team’s sake, to get ourselves further up the grid. I like to think at some stage we can be challenging for points, and any more than would be great. But one step at a time.”

Asked whether he was encouraged by the stellar rookie campaign of 2016's high-profile Super Formula debutant Stoffel Vandoorne, Cassidy said: “Of course, looking at Stoffel winning races, [Yuhi] Sekiguchi as well came close to winning the championship, those things are possible as a rookie.

"But I’m more focused on the process to try and make that happen. I’m not going to say I would be happy with 15th, you go into every weekend wanting to win, but I’m realistic as well.”