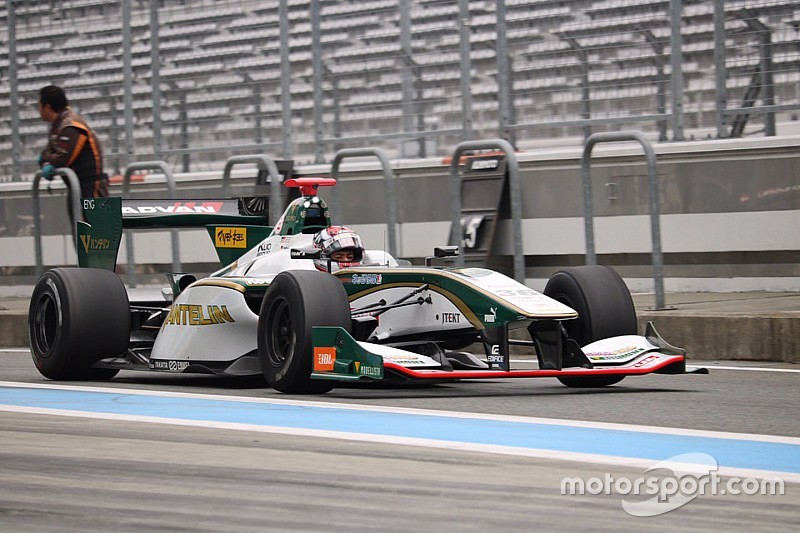 Joao Paulo de Oliveira headed Pierre Gasly on the first day of Super Formula pre-season testing in Fuji after a mid-day shower prevented rivals from making any improvements in the afternoon session.

With rain hitting the track around lunchtime, all of the day’s fastest times came from morning’s three-hour session.

Gasly was the first driver to bring out a red flag after he spun at Turn 13, but was able to recover to end the day as second-fastest.

Super Formula 2015 champion Hiroaki Ishiura was next up in third, nearly half a second off de Oliveira’s pace.

Naoki Yamamoto was classified fourth in the session, while Nissan protege Jann Mardenborough completed the top five with a time of 1m22.850s.

Former F1 tester James Rossiter earlier stood second in a Team TOM’s 1-2, but dropped to eighth after failing to improve his earlier benchmark of 1m22.989s.

Kazuya Oshima was classified ninth, while Yuhi Sekiguchi rounded off the top 10 for Team Impul.

While the latter was a second off on slick rubber, his afternoon time of 1m48.988s was the quickest in damp conditions.