Sacha Fenestraz maintains his decision to switch to slick tyres early in last weekend’s Motegi Super Formula race was the right thing to do, despite his spin.

Kondo Racing driver Fenestraz was making his first outing of the season after finally being able to obtain a visa needed to enter Japan, but in tricky conditions he could manage no better than a lapped 13th place.

That followed a spin on lap 10 of 35 that brought out the safety car, as Fenestraz was one of the first to change to slick tyres on a wet-but-drying track.

The Franco-Argentine driver explained he and his Kondo team took a calculated risk by stopping on lap nine while the track was still damp, as he was losing time anyway with a set-up that was more suited to full wet conditions.

Fenestraz told Motorsport.com: “The mistake in the race was a shame, but I think the gamble of going for slicks early was correct. We knew the risks, other drivers were doing it, I just got caught out by a wet patch at Turn 5.

“We were in a situation where [on wets] the tyre pressures were too high. I was behind Kobayashi and we both started well, had a good first few laps, but after five laps we were both all over the place.

“Kobayashi pitted [on lap eight] and we decided to pit because we were just going backwards. [Ryo] Hirakawa just overtook me like it was nothing, we were losing at least two or three seconds a lap. It was either pit or keep losing time.

“I knew it was going to be tricky [on slicks], the track was still wet. It was quite scary, until the spin I was never on full throttle. It was really sketchy, just like ice.

“The track was still a long way from being ready for slicks, maybe five laps at least. But I saw Kobayashi pit and I was so slow on the next lap that we decided to come in as well and give it a go. Without the spin it could have been a good race.” 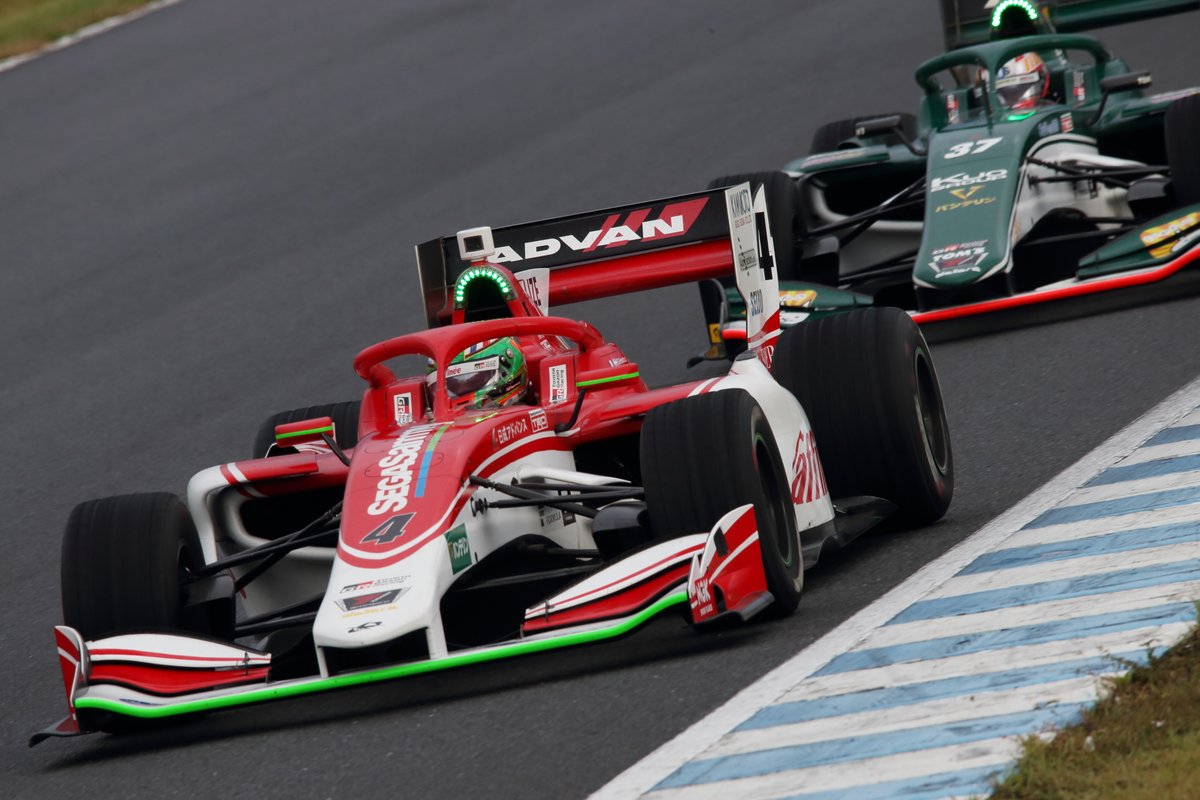 Fenestraz had impressed by finishing his first session back in Super Formula fifth-fastest on Saturday morning, but he couldn’t convert that into a strong starting position, dropping out in Q1 and ending up 17th on the grid.

He then went fastest in full wet conditions in FP2 on Sunday morning prior to the race, leading a Kondo Racing 1-2 ahead of teammate Kenta Yamashita, but this counted for little with grid positions already decided.

“In practice the car didn’t feel bad, but in qualifying we tried to improve some areas of the car and we just went completely in the wrong direction,” admitted Fenestraz.

“This is one of the things about being with a new engineer [Takuji Murata], learning how to communicate. These kind of things you usually learn in pre-season testing, but doing them at the start of the weekend, it makes it even harder.

“It wasn’t an easy weekend, but I’ve learned a lot and it was so nice to be driving again after so long. The first few minutes in FP1, I had a big smile on my face all the time. I felt comfortable straight away, which was a nice feeling.

“There’s a lot of work to do to catch up, but there are some positives to take away, so we’ll see now what we can do at Suzuka.”