The circuit that "punishes" newcomers to Japan's racing scene

Although tough and technical Japanese circuits like Suzuka and Fuji are well-known to fans of Formula 1, there's many more venues that challenge the drivers who choose to switch over to Super Formula and SUPER GT. Envision Formula E driver Nick Cassidy has won both titles - and picks the "punishing" Sugo circuit as the one that sticks out.

It takes a lot of commitment and bravery for a racing driver to turn their back on Europe or the US to go racing in Japan. In an unfamiliar country, with unfamiliar cars and unfamiliar circuits, it's incredibly hard to adapt.

Yet, anyone who's ever plied their trade in either Super Formula or SUPER GT waxes lyrical about their experiences; Andre Lotterer described the racing out there as "pure"; the circuits aren't designed with acres of run-off, and the cars are powerful and grippy - Japan is a real racer's haven.

Nick Cassidy agrees. Although the 2019 Super Formula champion joined Formula E for the 2020-21 season, the cast of Japanese circuits firmly remain in his heart.

"I really like tracks that punish mistakes," Cassidy says. "Whether that's a street circuit, that's quite high risk - or, for example, one track that sticks out to me is Sugo in Japan, it's very high speed, but very little run off. It punishes mistakes."

Circuits in Japan are designed to a very different code compared to those commissioned by F1; they're not designed for DRS zones or for the express purpose of creating overtakes - they're designed to be challenging. Sugo, a 2.3-mile circuit in Japan's Miyagi Prefecture about a half-hour's drive from the city of Sendai, is.

Sure, there's flat-out straights - but there's also tight corner complexes and high-speed sections that require the utmost commitment. "It's very high speed and the cars obviously have a lot of grip," says Cassidy, who explains the physicality of racing in Japan requires drivers to be in peak condition. "After winter testing in Japan, your body gets smashed," he recalls. "It's the fittest I've been in my life!" 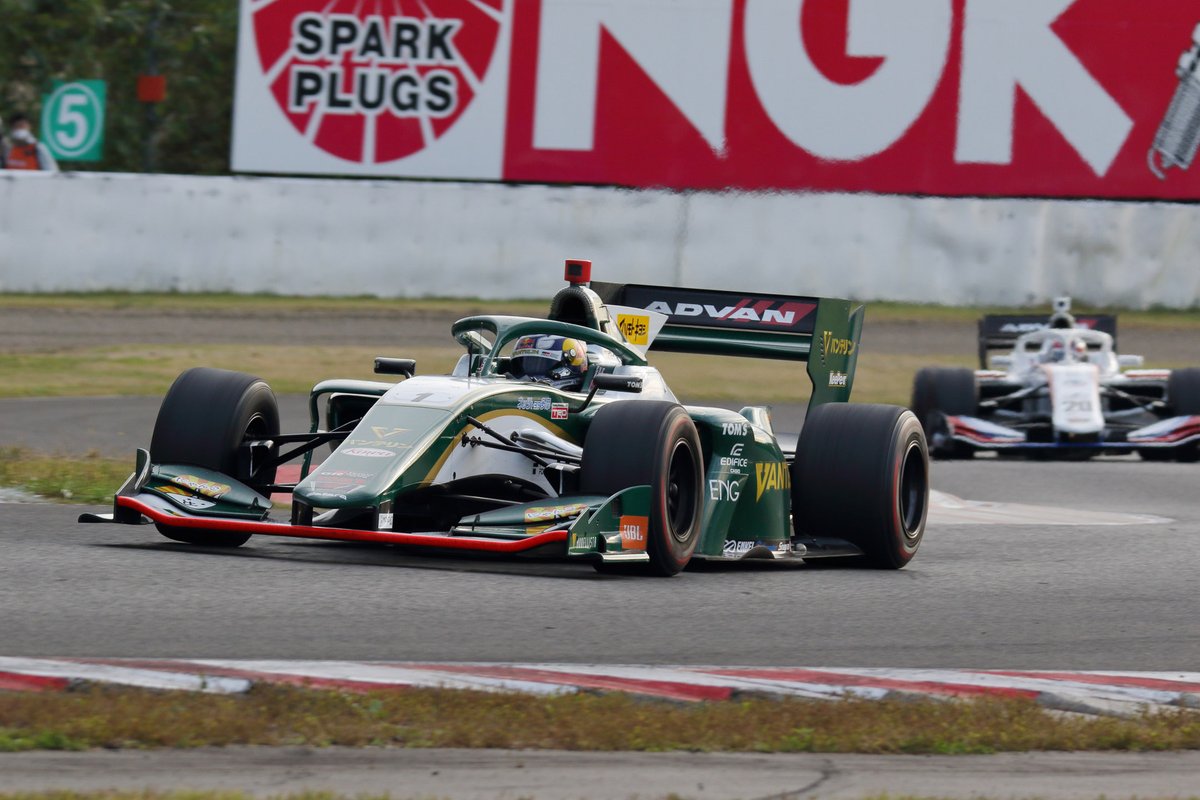 In 2015, Cassidy made his way to Japan and won the Japanese F3 title, and then jetted across to Europe to finish fourth in the 2016 European F3 standings. But dismayed by a lack of opportunities in Europe, Cassidy made the return to racing in Japan full-time for the following season. He’d raced in SUPER GT alongside his F3 campaign with the TOM’S squad’s GT500 Lexus, and elected to remain there – performing the customary dovetailing of duties with Kondo Racing in Super Formula.

Alongside Ryo Hirakawa, now one of six custodians in Toyota’s WEC Hypercar assault, Cassidy claimed 2017 SUPER GT honours by two points over NISMO duo Tsugio Matsuda and Ronnie Quintarelli. The Hirakawa/Cassidy pairing finished as runners up in the next two seasons, losing out to Honda’s Naoki Yamamoto and Jenson Button in 2018, and Kazuya Oshima and Kenta Yamashita in '19 - producing a title battle between the two Lexuses.

But Cassidy’s results in Super Formula began to escalate over those two seasons, and was runner-up to Yamamoto again in 2018 before forging his own successful title campaign in 2019 as he moved to TOM’S single-seater squad in the first year with the Dallara SF19.

"In terms of the amount of driving that you do and being so adaptable, I reckon [racing in Japan is] one of the best things for a driver" Nick Cassidy

"But in '18 in Super Formula I lost by six tenths in the last race, and the last race was [extra] points [for the winner],” Cassidy remembers. “And the other guy [Yamamoto] won the race and I was second so I lost that. Then 2020, I was about to win the championship, I took a pole at Suzuka with two races to go, I was leading and my engine blew up. So I was really close to three titles in a row in Super Formula!”

In talking about those near misses with Motorsport.com, we offer that it was once again close in 2017, where Pierre Gasly came within half a point of winning the Super Formula title. It’s rare that a driver loses a championship because of a typhoon, but the somewhat inclement weather produced meant that the Suzuka double-header finale was called off.

But Cassidy reckons that, in the top-level championships outside of Formula 1, it’s always close – particularly as the overall talent level of the drivers populating those categories is so high. 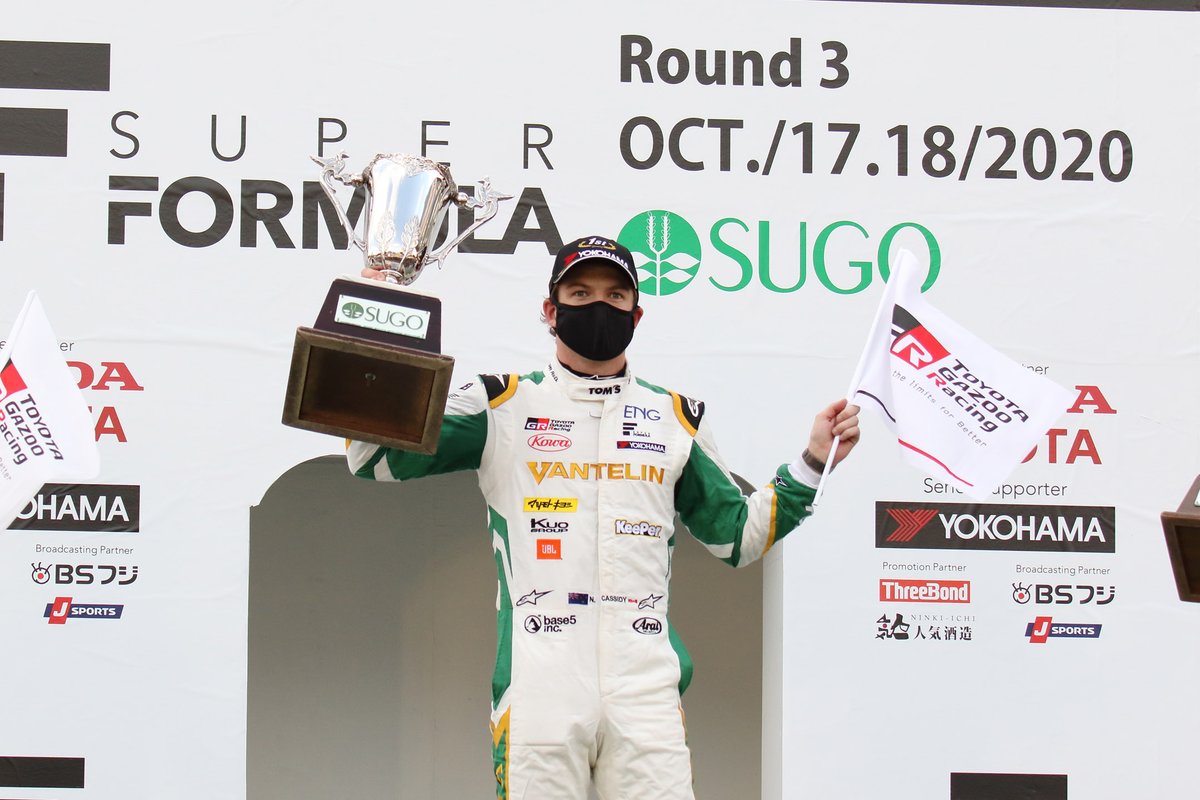 Cassidy's most recent Super Formula win came at Sugo in 2020

“It's everywhere I think at a high level, I mean, if you look at IndyCar at the moment and the guys there, they know the tracks, they know the cars and they've been there for a long time, they're professionals. You're never going to walk into a championship like that and go straight to the top, you know, in year one. You can definitely go close. But obviously, it takes until year two - look at [Alex] Palou and [Scott] McLaughlin – and really, that year two is where you do the damage.

“And I think Japan was the same for me. Year one in Super Formula didn't really go to plan, then in year two we had a really strong crack at the championship. And Formula E again, it's probably not that you're going to get a rookie come in and win the championship in year one anymore, especially in the current generation. I'm not sure about Gen3. But yeah, everywhere has got massively talented drivers at the top.”

While some might consider it a stretch to be consistently switching between two very different disciplines, Cassidy reckons that Japan’s usual set-up of doing multiple championships is incredibly beneficial for a driver.

“In terms of the amount of driving that you do and being so adaptable, I reckon it's one of the best things for a driver. You have new conditions all the time, you're always driving different tyres, you're developing a lot. The tracks are the same, but between the two cars, you're learning how to adapt very quickly between the two.

“In Super Formula you get, in practice, a very limited amount of tyres. So your first lap of the first session is actually very important. It's kind of similar to Formula E in a way on that respect. Because in Formula E, from lap 1 on these street circuits that are fully dirty, we're pushing - you've got to be on the limit. That's what makes it hard as a rookie, and in Super Formula you kind of had an element of that. It was a very good learning curve.”

Of his three Super Formula race wins, Cassidy's last was at Sugo back in 2020. He currently holds the lap record around the circuit configuration used in car racing - a 1m06.350s - while driving for Team TOM'S. "I think that style of circuit is, for me, the most thrilling," he adds wistfully. One gets the feeling that if Formula E ever lands an E-Prix in Japan, the Kiwi will be the first on the plane. 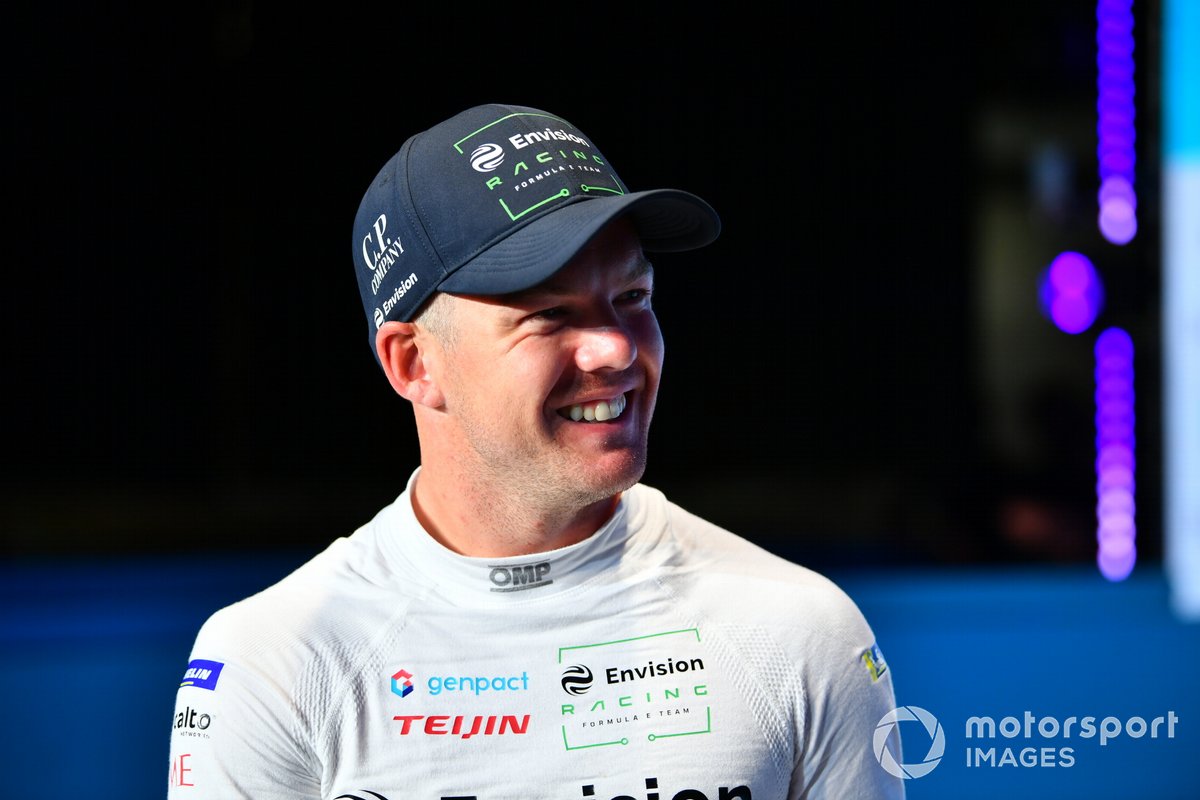 Alesi “not losing hope” amid tough season in Japan

Ex-Formula 1 racer Roberto Merhi will contest next week’s final round of the Super Formula Lights season at Okayama as he targets a drive in Super Formula for 2023.

Sasahara sure he should have been part of title fight

Team Mugen driver Ukyo Sasahara is convinced he would have been part of this year's Super Formula title battle without some of the bad luck he has encountered this season.

The fact that new Nissan Formula E signing Sacha Fenestraz is pushing to stay in Japan next season is great news for fans of Super Formula and SUPER GT, even if calendar clashes mean he won't be contending for either title next year.