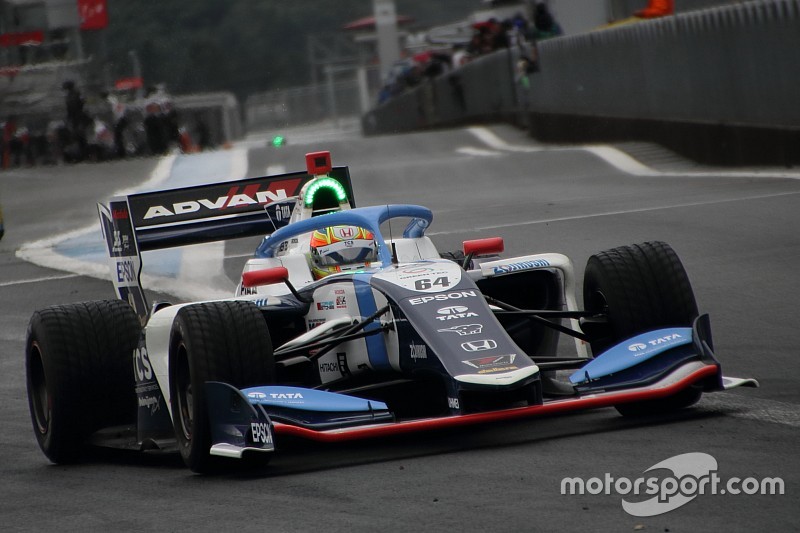 Palou qualified on pole position and pulled away from the field when the safety car - under which the race started - pulled into the pits at the end of lap 3.

The Spanish driver built a gap of 3.5s in first three laps of green flag running, before extending that advantage to 10 seconds by lap 16.

A few errors, such as one at Turn 1, brought the gap below 10 seconds, but Palou never appeared in threat of losing his lead.

He eventually won by 13.359s in a time-limited race, with reigning Japanese F3 champion Sho Tsuboi (Inging) finishing second to secure his first podium in the series.

The result marked Nakajima Racing's first victory in Super Formula since 2010 and first for Honda at Toyota-owned venue Fuji since 2009.

Cassidy rapidly closed in on Tsuboi in the dying stages and attempted two separate moves on lap 50, but Tsuboi resisted his advances to hold on to second.

Nojiri headed the second TOM’S car of Kazuki Nakajima, who recovered from a late error to take fifth.

KCMG’s Kamui Kobayashi was the biggest mover of the day, charging his way from the final row of the grid to finish sixth at the flag.

Kobayashi rapidly progressed through the field in the first 10 laps but lost a chunk of time behind Dandelion’s Nirei Fukuzumi, whom he couldn’t pass until lap 34 of what turned out to be a 53-lap race.

Inging’s Hiroaki Ishiura was classified seventh on another lacklustre day for the two-time champion, with Yuhi Sekiguchi completing the points-scorers after pitting in the final 15 minutes of the race for a splash-and-dash.

Championship leader Naoki Yamamoto (Dandelion) endured his worst finish since the 2017 in 11th after suffering a spin at the GR Supra corner. He had been running ninth and outside the points prior to the spin.

Red Bull junior Patricio O’Ward was unable to make much headways in the early part of the race, but an improved showing in the second half saw him take 14th at the flag.

Another Red Bull-supported driver Lucas Auer, who secured his maiden podium at the previous round in Sugo, was the only retiree from the race, the Austrian pulling into the pits on lap 40.

Formula 2 convert Artem Markelov’s troubles in Super Formula continued for a fourth race running, the Russian finishing three laps down after losing his front wing in an incident.