Just two days on from winning his third title for Dandelion Racing, it was revealed that Yamamoto would be moving across to fellow Honda outfit Nakajima - which which he made his series debut back in 2010 - for the two-day test.

He proceeded to top the times in the closing stages of the first two-hour session with an effort of 1m20.338s, which left him 0.163s clear of sole Mugen driver Tomoki Nojiri.

Yamamoto's benchmark was not headed during the afternoon session, which was topped by his full-season teammate Nirei Fukuzumi, Dandelion's only driver for the test.

Fukuzumi left until the final few minutes of the day to post his best time of 1m20.487s, leaving him second overall ahead of Nojiri.

Toshiki Oyu came close to making it a clean sweep for Nakajima but was demoted to second, and fourth overall, by Fukuzumi's late effort.

Sho Tsuboi was best of the Toyota-powered drivers with the fourth-quickest time of the afternoon and the fifth-quickest overall, closely followed by Super Formula Lights champion Ritomo Miyata - who is replacing Nick Cassidy at TOM'S for the test.

Tatiana Calderon was at one stage second-quickest in the afternoon behind Fukuzumi, but ended up a creditable seventh overall for the one-car Drago Corse team. 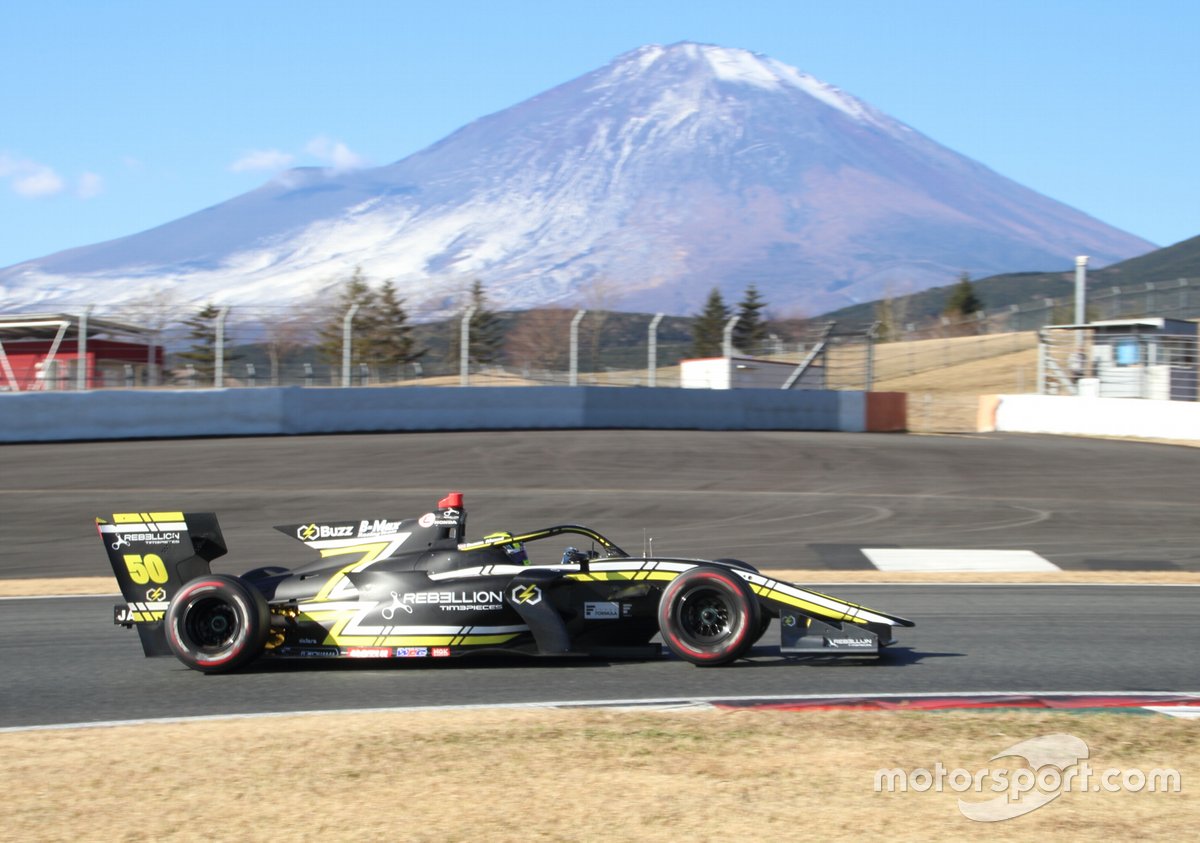 Of the other rookies, Enaam Ahmed was 16th-fastest for B-Max Racing with Motopark, a little under two seconds off the pace, ahead of Shunsuke Kohno, who shared Inging's 'Rookie Racing'-branded third car with regular driver Kazuya Oshima.

Bringing up the rear were two gentleman drivers, Nobuhiro Imada and B-Max owner 'Dragon', or Ryuji Kumita, who shared the squad's second entry over the course of the day.