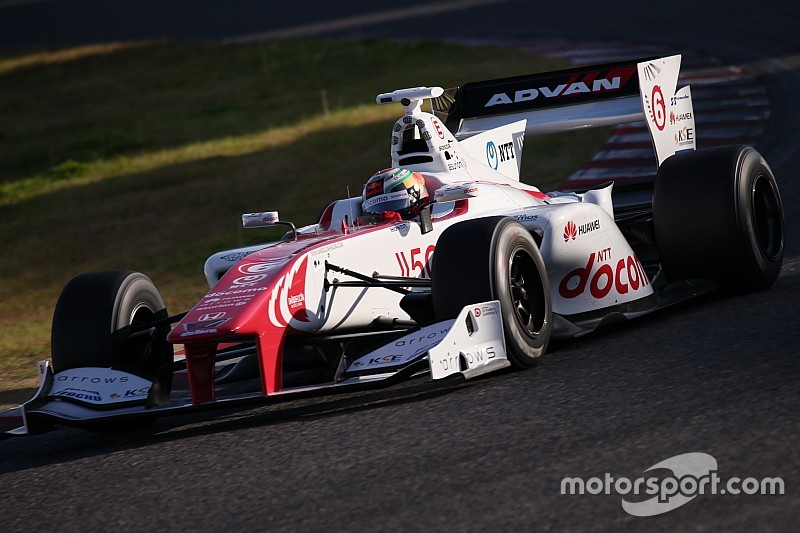 A rain shower meant much of the early running took place in damp conditions, but the track dried sufficiently for slicks to be used in the morning session, with several drivers trying out the new thicker front tyre compound that is set for introduction in 2019.

Former Super GT champion Ryo Hirakawa set the morning pace with a 1m38.210s, but the Impul driver's time was quickly overhauled as track conditions improved in the afternoon.

Fukuzumi, who is set to make a full-time switch to Super Formula next season with Dandelion Racing, eventually finished quickest of all, clocking a time of 1m36.912s late in the day.

Ex-Formula 1 driver Kazuki Nakajima came closest for TOM’S, ending up 0.192s behind his countryman in second.

Defending champion Naoki Yamamoto drove for Dandelion for the first time ahead of an anticipated switch to the Nishinomiya-based outfit in 2019, finishing half a second off the pace in third.

Kenta Yamashita (Kondo) was another tenth adrift in fourth, while Kamui Kobayashi completed the top five for KCMG.

European F3 podium finisher Alex Palou returned behind the wheel of a Super Formula car for the first time in a year, setting the sixth fastest time of the day for Nakajima Racing ahead of this year’s series runner-up Nick Cassidy.

The Kiwi, who has been racing with Kondo since his debut in 2017, tested for TOM’S in place of regular driver James Rossiter.

Yuhi Sekiguchi (Impul) was eighth, while qualifying maestro Tomoki Nojiri finished ninth on his first day of testing with Team Mugen, where he is expected to move in 2019.

Two-time Super Formula champion Hiroaki Ishiura (Inging) completed the top 10, finishing just a tenth clear of F2 race winner Tadasuke Makino, who is set to switch the series after a year in the F1 support series.

Red Bull junior Dan Ticktum (Mugen) crashed at the exit of Dunlop curve in the final hour of the session, while British F3 racer Tristan Charpentier also suffered a huge shunt in the first 30 mins of the day and brought out a red flag.

F1 design legend Adrian Newey oversaw his son Harrison from the B-Max/Motopark garage, while Pietro Fittipaldi, although not testing, was also present at Suzuka.

Cassidy to test for TOM'S in Super Formula test 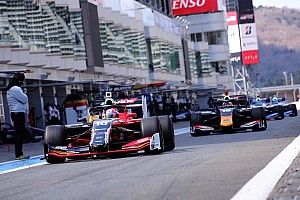 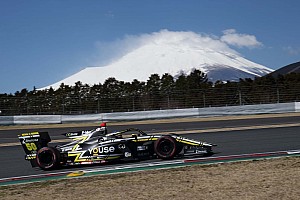 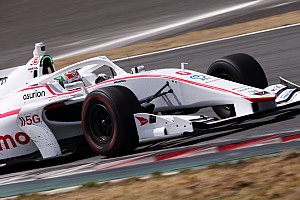