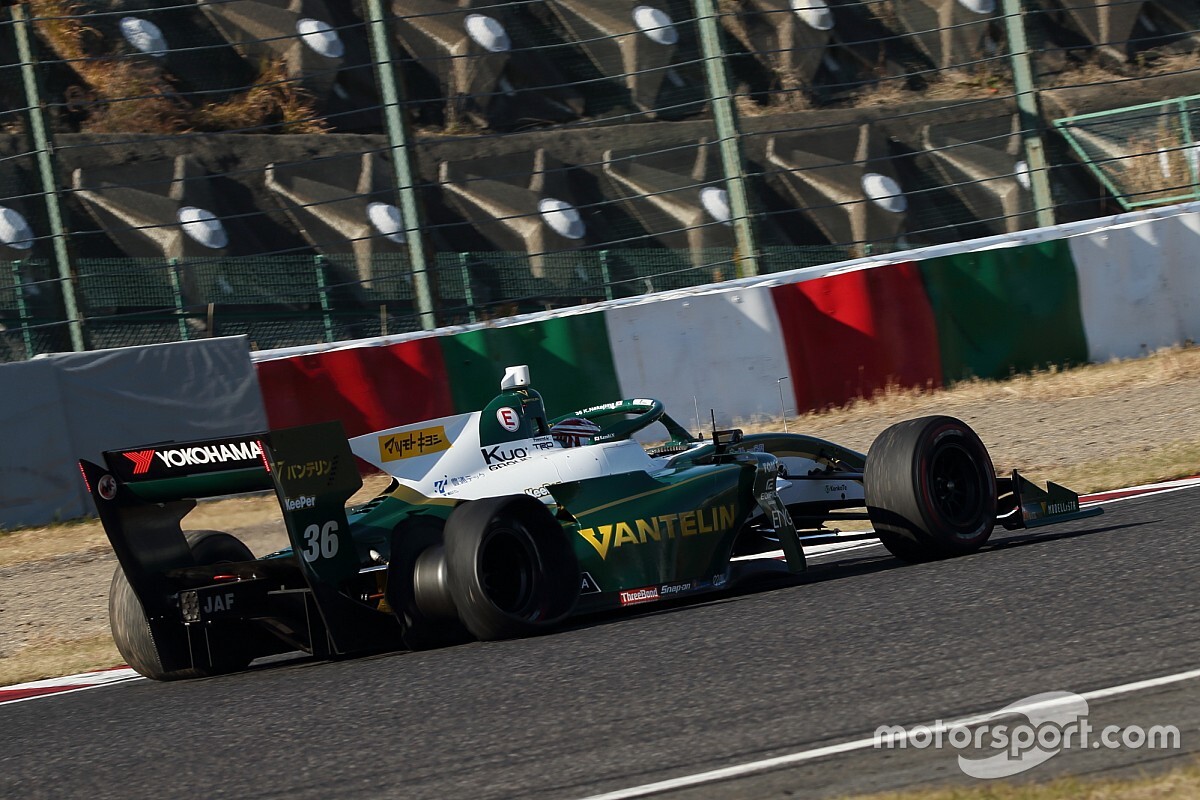 Impul driver Hirakawa made the comment at the end of a race in which Kazuki Nakajima and Yuji Kunimoto both had right-rear tyre failures, the latter crashing at the S Curve as a result.

B-Max Racing driver Nobuharu Matsushita also crashed heavily at 130R in the first race of the weekend on Saturday as a result of a puncture.

Matsushita said he thought a problem with the tyre warming process, which was allowed at Suzuka for the first time in 2020 owing to the anticipated cold temperatures in December, was responsible for his left-rear deflating.

Hirakawa, who now is level on points with Saturday race winner Naoki Yamamoto ahead of the last round of the season next weekend at Fuji, pointed out the irony of tyre warmers being introduced for safety reasons, only to have created accidents.

"One scary thing was that there were a lot of punctures this time," Hirakawa told Motorsport.com. "Tyre warmers were brought in to reduce the risk [of crashing on a cold track], but for some reason punctures were happening here and there.

"Even if I was able to run without problems, I thought it was scary. Personally, I don’t think we need tyre warmers."

TOM'S driver Nakajima said he wasn't sure what had caused his puncture, although he speculated that Sacha Fenestraz's crash at the final chicane could have played a role.

Nakajima told Motorsport.com: "I just heard from the team I had a cut on the tyre. Maybe I drove over some debris, from the last corner. But it just happened suddenly. So, unlucky."

Hirakawa had been critical of the decision to change the rules mid-season to allow tyre warmers, and was equally sceptical of Super Formula's decision to double the allocation of OTS (Overtake System) to 200 seconds for the second race of the Suzuka weekend.

"In this championship the rules always seem to be changing and I don’t understand why," he said. "[On Sunday] we had 200 seconds of OTS, and I just felt like, ‘why?’"

KCMG driver Kobayashi offered a similar opinion, and said that series organisers never provided an explanation of why the OTS rule was changed.

"I don’t understand to be honest," the Toyota LMP1 regular told Motorsport.com. "They should stick to the rules more consistently, I would say.

"When we started with no pitstop [at the first round of the season at Motegi] it was ridiculous, so it was good they moved quickly [to change that from round two onwards]. But changing [the OTS allocation] to 200 seconds, that doesn’t make sense to me.

"It’s ok to change something, but we need to have a proper explanation. The tyre warmer rule is ok because of the irregular date, but this overtaking system rule is bit ridiculous."

Makino discharged from hospital after one month

Makino discharged from hospital after one month