It's sometimes easy to overlook Nojiri when you think about Honda's stable of Super Formula racers. He's never achieved the kind of success that brought Naoki Yamamoto to the attention of the wider world, but he certainly can't be considered a 'young' driver in the mould of Nirei Fukuzumi, Toshiki Oyu or Tadasuke Makino either.

Following his Fuji success, Nojiri has now won three of the last 10 races (Sho Tsuboi is the only other driver to have won more than one in that period) and has also been on pole three times. It could have been four wins if he had luck on his side last December at Fuji, where without a slow pitstop and a puncture he could have feasibly emerged as champion.

It's quite a turnaround from the fast-but-inconsistent reputation that Nojiri had earlier in his career, forged during a turbulent five-season spell at Dandelion Racing that yielded a single win in his debut season in 2014.

The five-year gap between that and his second victory - in which he failed to convert three pole positions - speaks volumes about the progress he's made since then, especially after switching to Mugen in 2019. 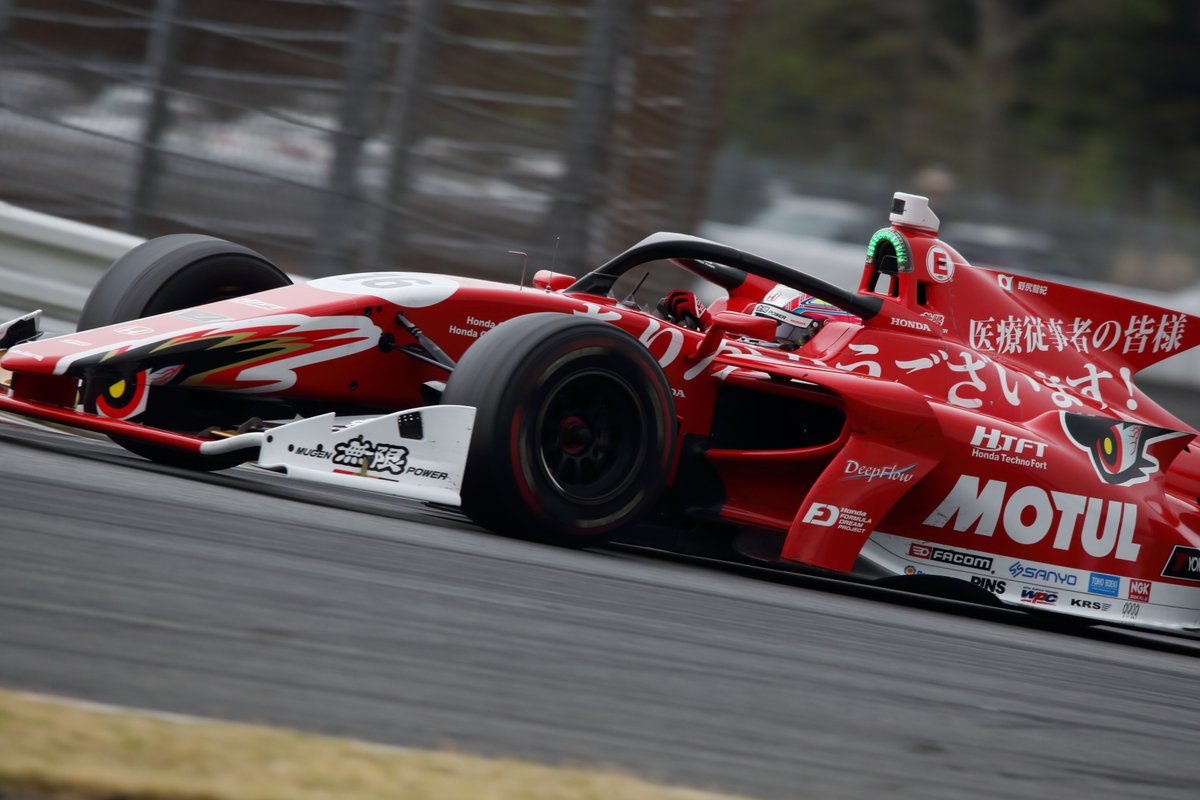 Looking back on Sunday's race, Nojiri admitted that nerves might have contributed to the relatively slow getaway that allowed his fellow front-row starter Oyu into an early lead. But he kept his cool, taking back the advantage on lap 10 of 41 and opening a gap out front that allowed himself some breathing space when the conditions took a turn for the worse late on.

"This weekend we've been in good shape from the beginning," said Nojiri of his fourth career win. "The things we had been working on for the opening race have been working and I could feel that from the start.

"It was a difficult situation [towards the end] as we didn't know when it would rain, but I was able to remain calm, and the package the team and Honda prepared was great. It was thanks to all these efforts that I was able to win."

On the evidence of pre-season testing, Nojiri was not widely considered among the favourites for the Fuji opener. While Oyu and Fukuzumi topped a day of running each at the track, Nojiri was fifth-fastest on both days, with a best time about eight tenths slower than that of pacesetter Oyu.

But when it came to the crunch, neither Nakajima Racing man Oyu nor the Dandelion Racing cars of Fukuzumi and Ukyo Sasahara - standing in the absent Makino - had anything for Nojiri in qualifying.

Reflecting on his sixth Super Formula pole, Nojiri said: "During the off-season I was thinking to myself, wondering why we didn't do so well in the first half of 2020 and then did better in the second half. 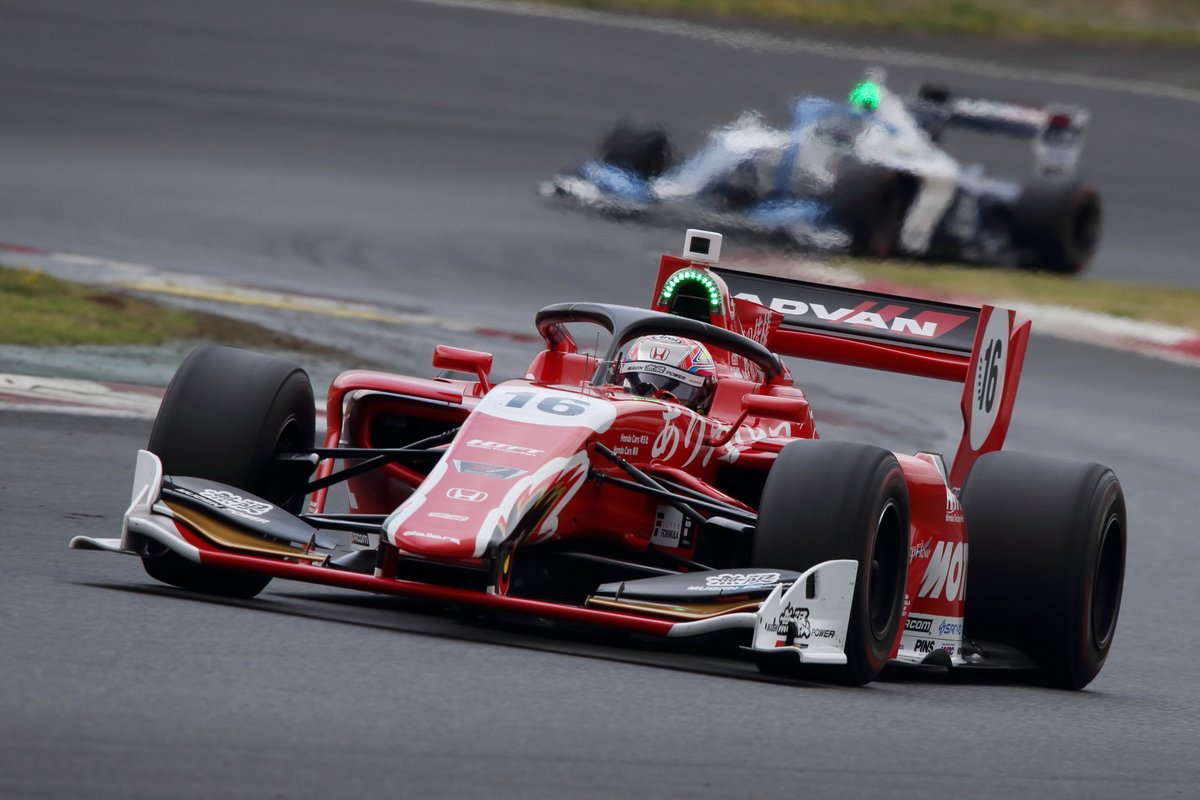 "But the team did the perfect job during the off-season and the car is a step higher than it has been in the past. There were no problems with communication and I felt that all I had to do was give it my all."

For his part, Oyu was satisfied to score a third straight podium finish but admitted that there was little he could have done to beat Nojiri.

"Nojiri was fast from yesterday and showed great potential," Oyu said. "He did a great job all weekend as was really strong as I expected. I think this is down to Nojiri and his team's hard work, so I'd like to congratulate them.

"Even before I was passed by Nojiri, it was difficult with the tyres. I was able to show my speed on the out-lap and in the early laps, but I think my race pace, including tyre management, was not as good as it was last season.

"I can't fight for the championship if I continue like this, so I want to work with the whole team to prepare for the next race."

Nojiri's arrival at Mugen in 2019 coincided with the arrival of the SF19 chassis, and after an inconsistent start to the season - including a spin while battling Lucas Auer for second at Sugo - he finally ended an agonising five-year wait for that second win in the season finale at Suzuka, an achievement that slipped under the radar somewhat amid that year's title fight. 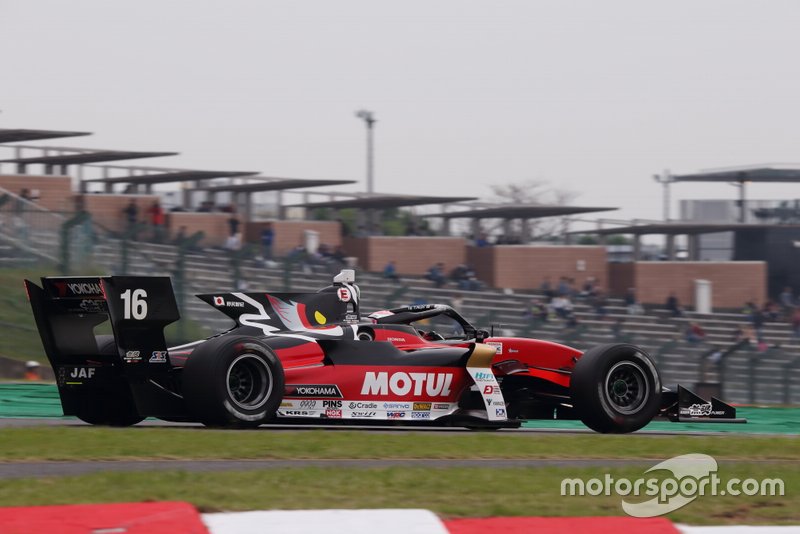 He's forged a close relationship with engineer Toshihiro Ichise, who has been able to finally get the #16 Mugen machine somewhere close to Nojiri's liking by ensuring that both peak grip and driveability are where they need to be.

His operating window is said to be relatively narrow compared to the youngsters, but once he gets into it he can be hard to beat.

Nojiri achieved his best championship position of fourth in 2019, which he would have matched last year without the dropped score rule - and as previously mentioned, he wasn't too far off pulling off a huge upset and beating his more celebrated colleague Yamamoto to the title, despite a difficult first couple of races.

Consider the tracks that are next up on the schedule this year: Suzuka, where Nojiri won in 2019 (and was second on the grid last year), and Autopolis, where he was victorious last year. Two more strong results at those tracks, and he will have the foundations of a title challenge truly in place.

With Yamamoto facing a tough task to defend his title at Nakajima Racing, and youngsters like Oyu and Fukuzumi perhaps lacking that final ounce of consistency needed to be a threat every race weekend, Nojiri may not get a better chance to win the championship than the one he and Mugen have crafted for themselves now.

"Personally, the feeling is coming that I have the confidence in myself to say I can win the title," said Nojiri. "In that sense I think I've made a very good start towards where I want to be." 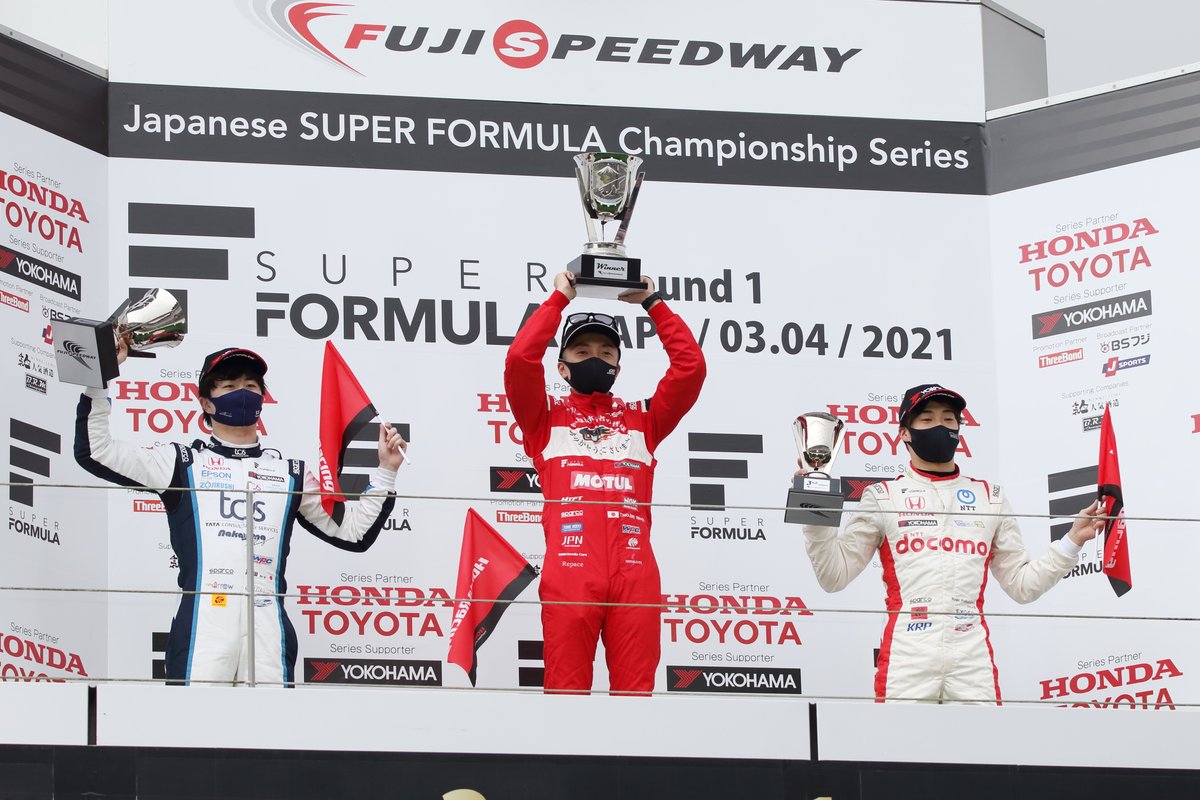