Nobuharu Matsushita has vowed to “calm down” in future Super Formula races after a costly qualifying off left him just shy of a podium finish at Sugo.

Ex-Formula 2 racer Matsushita enjoyed another strong showing at the wheel of B-Max Racing’s solo Honda-powered entry on Sunday, as he charged from 13th on the grid to finish fourth.

It followed a costly off at Horseback corner during Saturday's qualifying session for the 27-year-old, which resulted in him being eliminated in Q2 – costing him a shot at challenging for pole in the wet conditions and leaving him with a lot of work to do in the race.

But a quick start combined with an early stop on lap 10 of 53 allowed Matsushita to make amends, as he finished just behind poleman Yuhi Sekiguchi in fourth place.

“I had a good start, I passed four cars at the beginning,” Matsushita told Motorsport.com. “But my pace was a disaster, the balance was really bad.

“Then we decided to pit early because we were stuck behind Yamamoto and his pace was also slow. After that I was alone on track, pushing every lap. I was lapping in the 1m08s, the other guys were doing 1m09s, so I was gaining a second every lap. That’s how I overtook nine cars.

"I think I did the best I could do [from P13 on the grid]. But if I didn’t make a mistake in qualifying it would have been much easier.

“The car was ready for a top three in qualifying, so next time I need to do the job. I am strong in the opening lap and the race pace, that’s my strong point, so I just need to calm down and put everything together.” 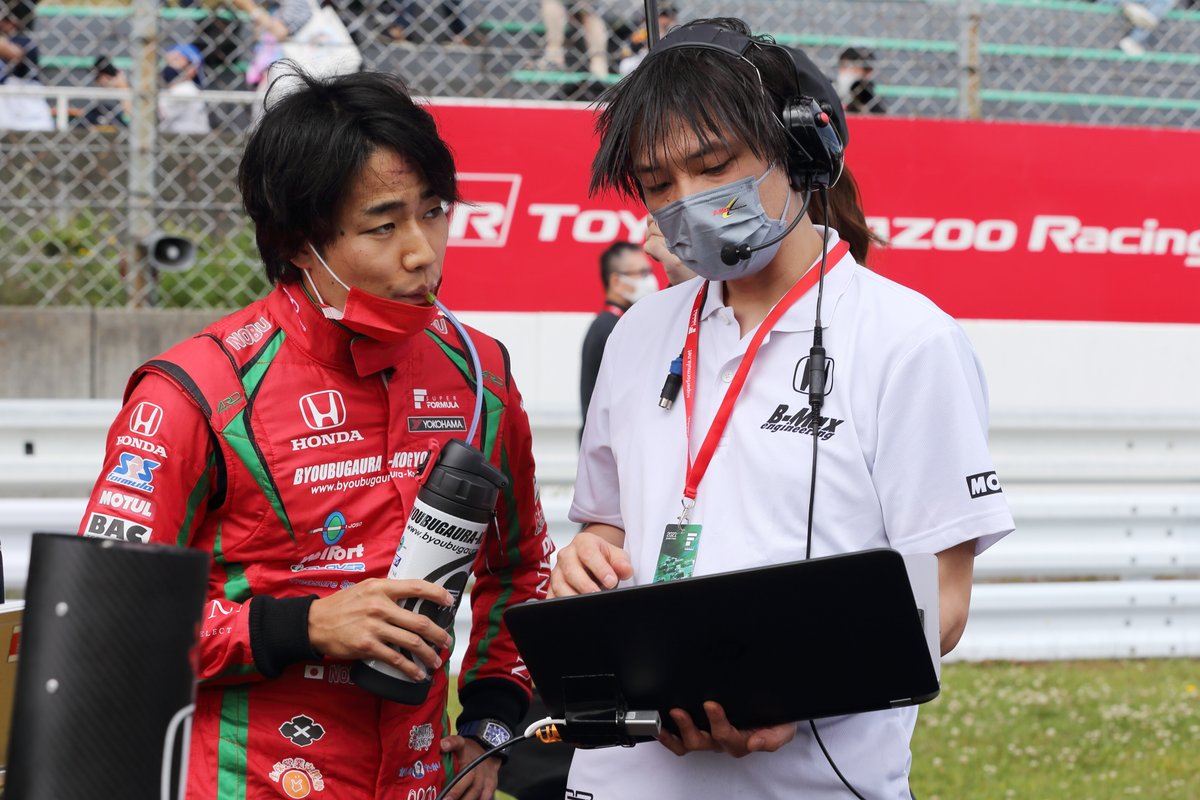 While Matsushita finished on the podium in a rain-soaked, shortened Autopolis race, the Sugo round marked the first dry event he had tackled with new race engineer Yasuhiro Tasaka – who came on board following the Suzuka race.

“This was the first time to drive in the dry with [Tasuka],” said Matsushita. “We didn’t know what to do the ride height, the aero or anything.

“We tried a set-up in the morning [in second practice] and it was ok, so we didn’t really touch the car after that, apart from a couple of small changes.”

Matsushita added that his better-than-expected dry weather pace at Sugo has left him hungry to challenge for a first Super Formula victory in the remaining three races of the season.

“I really want to win a race,” he said. “I personally love Motegi, I’m good at big braking zones. It’s all about the set-up and putting the whole weekend together with no mistakes on my side.

"And then I’m confident the results should come automatically.”