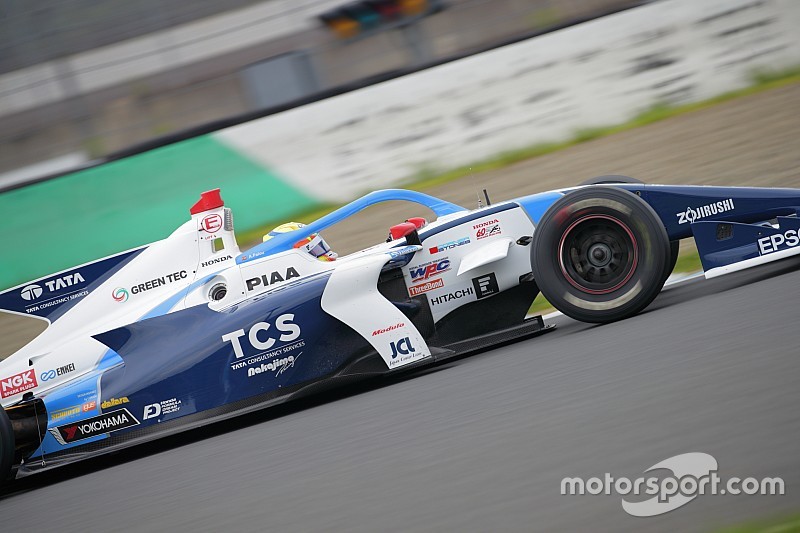 The ex-GP3 and European F3 racer needed only a single flying lap in Q3, but that was good enough to break the circuit’s previous lap record and move him to the top of the timesheets.

His time of 1m31.442s remained unbeaten after the remaining seven drivers completed their respective runs, making him the only driver to score two pole positions in 2019.

Red Bull junior Lucas Auer continued his strong run of qualifying performances on his return to single-seaters, the B-Max by Motopark driver ending up 0.362s off the pace in fourth.

Two-time Super Formula champion Hiroaki Ishiura (Inging) secured his best result of the season in fifth, ahead of the lead Mugen entry of Tomoki Nojiri.

Kamui Kobayashi was unable to repeat his Q2 lap that put him second in the classification, the KCMG driver eventually qualifying seventh on the grid with a time of 1m32.040s.

Championship leader Naoki Yamamoto (Dandelion) endured a difficult session and could do no better than eighth, but he crucially qualified four places ahead of his chief title rival Nick Cassidy (TOM’S).

Cassidy’s teammate Kazuki Nakajima and Red Bull junior Patricio O’Ward were both knocked out in Q1, a session which mandates all drivers to run on medium tyres.

Nakajima was 16th fastest in Q1, while Mugen driver O’Ward will start his second Super Formula race from 18th on the grid.

O'Ward keen to prove Super Formula pace in the dry

Markelov has no answers for poor Super Formula form