Harrison Newey believes his Okayama podium finish was payback for the bad luck that has marred his maiden campaign in Super Formula.

Newey rose from 12th on the grid to take third at the former Formula 1 venue, finishing less than four seconds shy of race winner Kenta Yamashita of Kondo Racing, and within two seconds of second-placed Kazuki Nakajima (TOM’S).

The result marked Newey’s first points finish of the year and the second podium for the new B-Max/Motopark partnership following Lucas Auer’s third-place finish at Sugo.

Newey has been hit by a spate of issues this season, with his car infamously catching fire in the pits while he was running in the points at Sugo.

Speaking after Okayama, the 21-year-old said he could have scored a podium earlier in the season had it not been for a series of misfortunes.

“I’m very happy, we’ve had a lot of bad luck this year, had some reliability problems that have cost us points,” he said.

“For my first points finish of the season to be on the podium I feel like we’ve paid them a lot of hard work the guys have put in and gained it back by putting the car on the podium.

“Massively thankfully to them, they’ve been working flat out all the time, long nights, early mornings. And we’ve delivered a very good package that put us on the podium.”

Speaking to Motorsport.com, he added: “I think we deserved a top result, maybe a podium before, but with issues happening, we didn’t get one. But now we’ve got it, so very happy.”

Following his visits to Suzuka in December 2018 and April, Formula 1 design guru Adrian Newey was also present at Okayama to follow his son’s exploits in Super Formula.

Asked about his father’s presence at the circuit, Harrison Newey said: “He is still available to Red Bull but he doesn’t go to all the [F1] races now.

“He came for the first round at Suzuka and he came here. And I’m really happy for him to come and really happy to give him a present of podium finish and make it worth for him coming over.

“I saw him down there [from the podium], he was really happy, gave him a big hug and [he] said “well done’.” 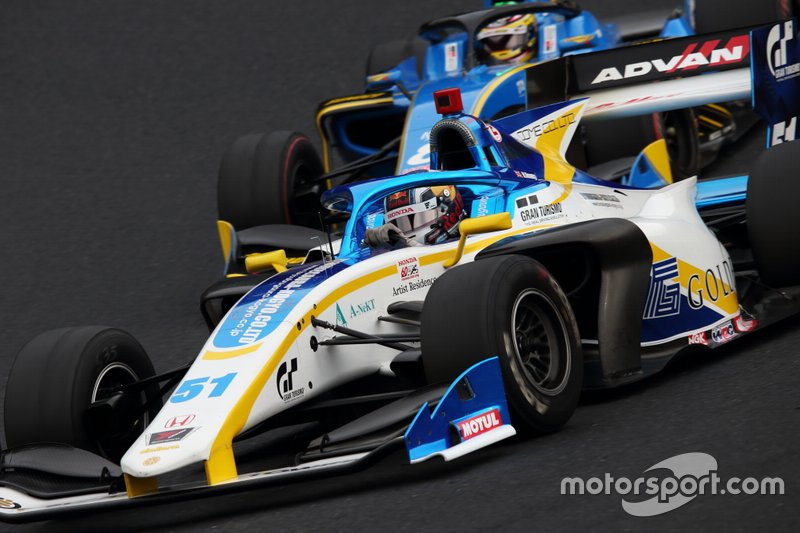