Newly-crowned Super Formula champion Tomoki Nojiri has admitted he has felt an "inferiority complex" for much of his career owing to a lack of title success prior to this season.

Mugen driver Nojiri finished fifth in Sunday's penultimate round of the season at Motegi, doing enough to win the championship with a race to spare with nearest rival Yuhi Sekiguchi only finishing one place ahead in fourth.

It came in the 31-year-old's eighth season of racing in Super Formula and third campaign since switching to Mugen in 2019, and also marks the first championship success of his professional car racing career.

"Looking back at the path to winning the title, ever since my karting days I’ve had a lot of people helping me, but I thought up to now it’s not been so often that I’ve driven well, and I felt something like an inferiority complex," said Nojiri.

"But I transferred teams [from Dandelion Racing to Mugen] and I’m very happy to have finally reached this point with a lot of help and support from everyone, so I have to thank a lot of people.

"I feel like I am being strengthened and supported by a lot of people. I think I’m a weak person, and that the strength of those around me is everything."

After qualifying third, Nojiri admitted to not sleeping on Saturday night due to the pressure of the championship situation.

"I thought, ‘so, this is what it feels like’," he said. "I felt the greatness of past champions like [Naoki] Yamamoto, and I want to use this experience as a step towards becoming even stronger and even faster.

"From now on I think is the time that one’s real worth is questioned, so I want to make sure this isn’t the end and fight even more strongly at Suzuka [the final race of the season on October 31]." 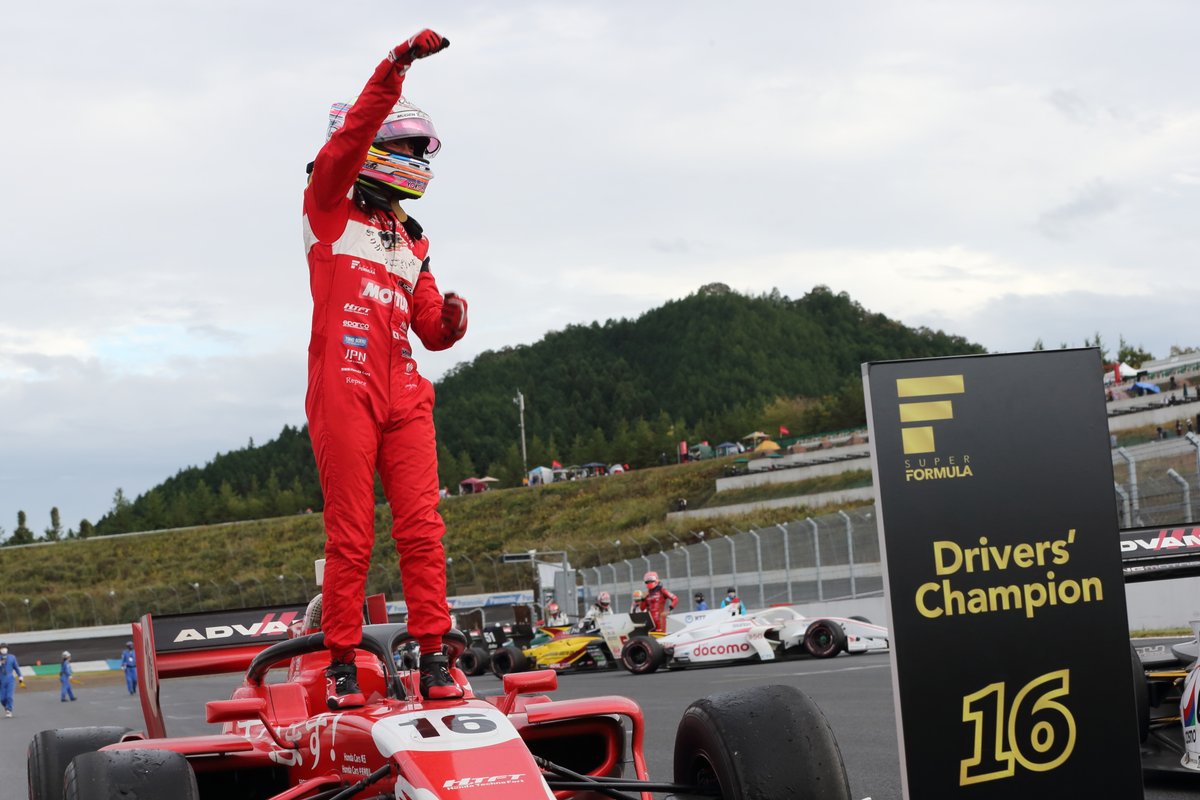 Nojiri suffered a difficult start to the Motegi race, as he dropped from third to seventh on the opening lap and then lost a further position on the second lap to run eighth early on.

At the same time, Impul driver Sekiguchi - who needed to finish in the top two to have any chance of keeping his title hopes alive - made a strong start from sixth on the grid, and ran as high as third at one stage before dropping a place to Tadasuke Makino in the closing laps.

Nojiri said the fact he was using a dry set-up made it hard for him in the early laps of the race, before the track dried out sufficiently to switch to slick tyres.

"I was driving conservatively, and several drivers were able to pass me," reflected Nojiri. "I tried hard to get some heat into the tyres, but because of the set-up I couldn’t increase the pace. Once it dried out, I was able to settle down and race properly.

"When I saw Sekiguchi pass Makino [for third] and chase the top two, I was feeling pessimistic and bad thoughts dominated.

"However, during one of the safety car periods, I caught a glimpse of a fan who was cheering for me and waving a flag, and that gave me strength. Above all, I remembered that I was driving on behalf of all the people that had worked so hard for me up to now and that I cannot lose.

"I saw [Nobuharu] Matsushita attack using the OTS, it reminded me that I all I had to do was push. As a result of that, somehow I kept hold of fifth place."