Super Formula points leader Tomoki Nojiri says that Ryo Hirakawa’s absence from Sugo makes no difference to him, and that he plans to win “with or without” his closest championship rival present.

Nojiri enters this weekend’s fourth round of the series with a comfortable championship advantage thanks to back-to-back wins at Fuji Speedway and Suzuka to kick off the season.

It puts the Mugen Honda driver on 48 points, 25 clear of Impul man Hirakawa – who has foregone the Sugo race to take part in a test this week with the Toyota FIA World Endurance Championship squad at Portimao.

While there are three rounds left of the championship after Sugo, including two at Hirakawa’s favourite track Motegi, another win for Nojiri this weekend would make him all-but-impossible for his rivals to catch under the dropped scores points system.

Speaking to Motorsport.com’s Japanese edition about Hirakawa’s absence, Nojiri joked that the fairest situation would be for him to score zero points “like [Lewis] Hamilton and Max [Verstappen] a while ago [in the Azerbaijan Grand Prix].”

He continued: “To be honest, I’m don’t really care either way, I just want to show what I’m capable of. I don’t want to lose to anyone, with or without Hirakawa present.

“Even without him, what we are doing won’t change. We’ve always been working hard on how to win each race, and my focus is just on trying to make that happen.” 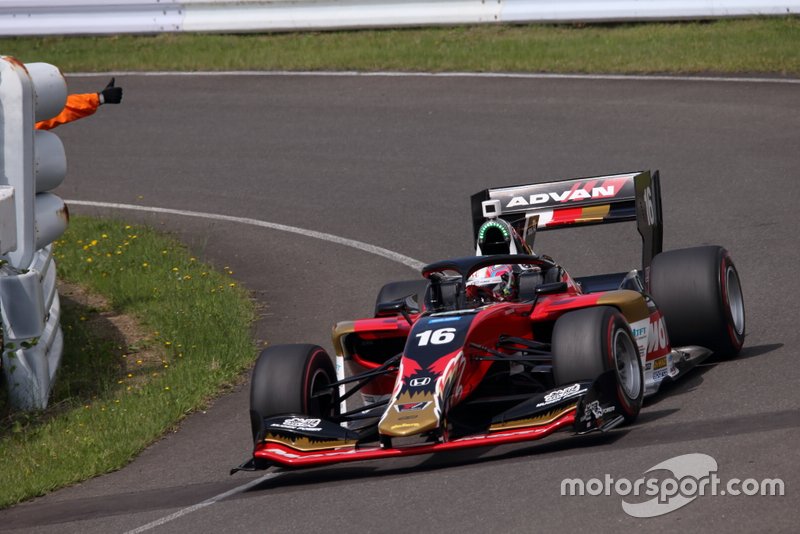 Nojiri claimed his maiden Super Formula win at Sugo back in his rookie season in 2014 with Dandelion Racing, but hasn’t scored a podium at the Miyagi Prefecture track since 2016.

The 31-year-old said that he’s confident of a strong showing around a circuit known for its lack of passing chances, having focussed in particular on creating a car that can carry speed through the track’s long, flowing final corner leading on to the start/finish straight.

“There was quite a lot of overtaking in last year’s race, so I think if I can be quick through the final corner, grid position doesn’t matter so much,” Nojiri said. “We’ve been thinking hard about how to make a car that’s quick in the final corner, so I am confident.

“Of course it’s better if you can start from the front and stay there the whole race, but we want to be sure we can win no matter where we start from.”

The logic behind the creation of Honda's new 'superteam'