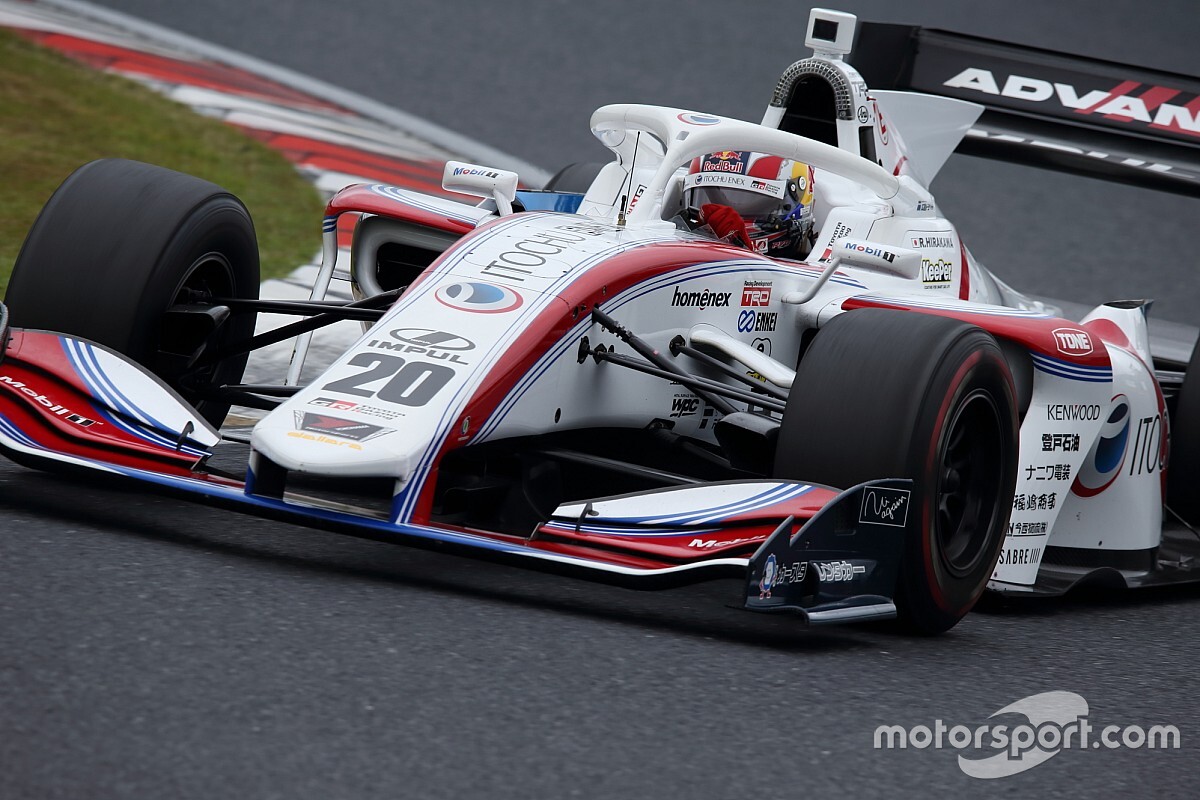 Miyata, standing in for the absent Kazuki Nakajima at TOM'S, topped his group in Q1 and stamped his authority on the field again in Q2 with a laptime of 1m12.646s.

However, the Super Formula debutant couldn't quite replicate that pace in the eight-car Q3 pole shootout, managing only a 1m13.109s.

That fell 0.336s short of Team Impul's championship leader Hirakawa, who will start from pole at Okayama for a second year in a row.

Sacha Fenestraz was third-fastest for Kondo Racing, exactly four tenths off the pace in only his second Super Formula outing, ahead of Friday pacesetter Tadasuke Makino, who was the best of the Honda-powered runners in fourth.

Toshiki Oyu slotted in just behind his Nakajima Racing teammate in fifth place, ahead of Hiroaki Ishiura (Inging) and Naoki Yamamoto (Dandelion Racing).

Sho Tsuboi (Inging) will start eighth after a crash on his final lap at Turn 9, his second off of the weekend after he caused a red flag in morning practice on Saturday.

Just missing the Q3 cut were Mugen's Tomoki Nojiri, ninth-fastest in Q2, and reigning champion Nick Cassidy, who was half a second off the pace of his rookie teammate Miyata.

Sharing the sixth row of the grid will be Toyota's other two replacement drivers for this weekend, rookie Sena Sakaguchi (Kondo) and Yuichi Nakayama (KCMG).

Ukyo Sasahara, who is again filling for Juri Vips at Mugen, was 13th, one place ahead of Tatiana Calderon's substitute at Drago Corse, Koudai Tsukakoshi.

Among the names to drop out in Q1 were Yuhi Sekiguchi (Impul) and Nirei Fukuzumi (Dandelion), who were eighth fastest in their respective groups and will therefore have to fight their way up from 15th and 16th places in the race.

B-Max Racing's replacement driver Mitsunori Takaboshi, who crashed at the end of Saturday's second practice session, will make his debut from 19th and last on the grid.