Super Formula drivers requested that mandatory pitstops be brought back for last weekend's Okayama race after a Motegi season opener that was notable for a lack of passing.

Japan's premier single-seater category came in for criticism after last month's Motegi race, which ran to a shortened 35-lap distance with no pitstop, leading to processional racing and little in the way of on-track action after the opening lap.

In the run-up to last weekend's second round of the season at Okayama, series organiser JRP announced that the mandatory tyre change would return, albeit not refuelling.

The result was a much more eventful race at the former Pacific Grand Prix venue, which featured a range of strategies and a number of passes towards the head of the field - most notably Sho Tsuboi's race-winning move on teammate Hiroaki Ishiura.

Speaking in the press conference, Ishiura revealed that the drivers had collectively agreed in the wake of the Motegi race to take action, leading to a dialogue between the drivers' association FRDA and JRP that ultimately resulted in the return of pitstops.

Ishiura said: "When the last race finished, I heard the opinion that ‘the race is too boring and [the drivers] are not satisfied’, so we gathered our opinions and told [JRP] our requests.

"We asked JRP to reinstate the mandatory tyre change this time. And as a result, I think it was a very interesting race.

"There were time races with unseen rivals [who had already done their pitstops], and offensive and defensive battles when the tyres were still warming out on the out-lap.

"The style of racing changed and it was interesting for us, and I think for everyone watching it was also interesting." 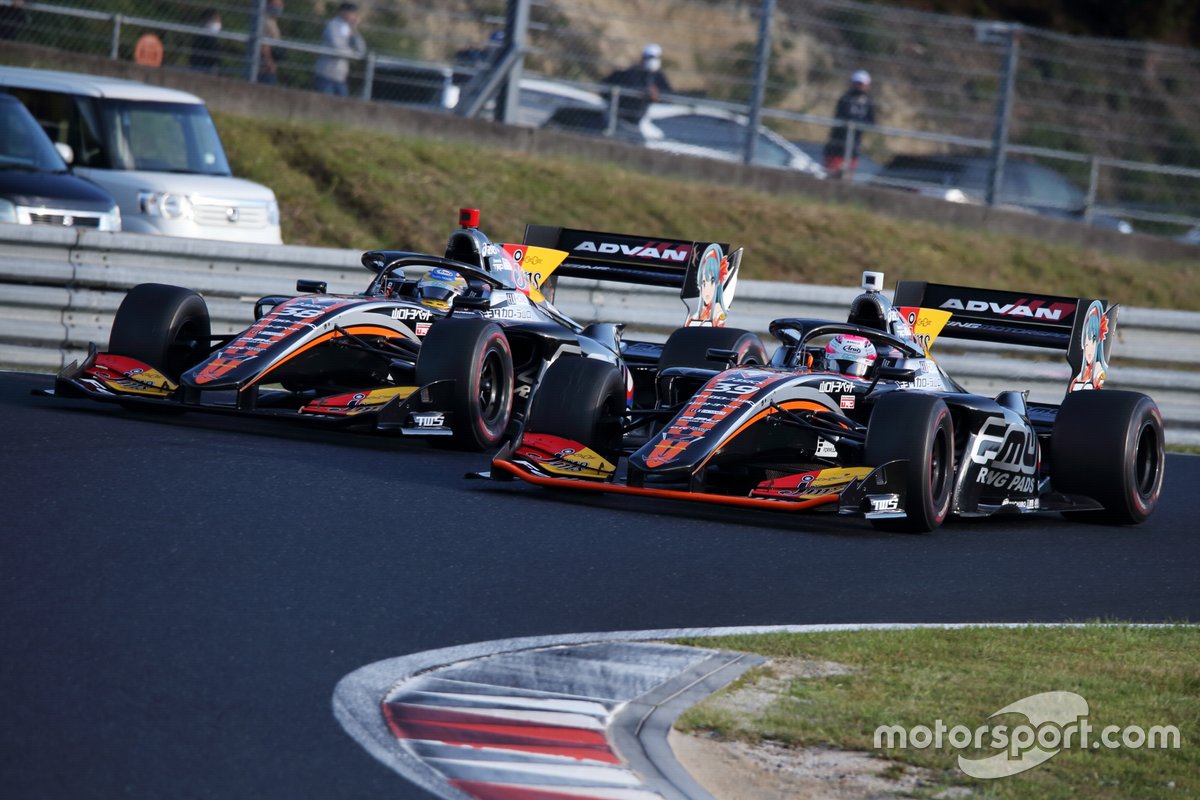 Reigning champion Nick Cassidy was one of the most strident critics of the Motegi race, but at Okayama he praised JRP for its quick reaction to the situation.

"It provided something for the fans, it made it more exciting," Cassidy, who finished third behind Tsuboi and Ishiura, told Motorsport.com.

"At the start of the race Ishiura was faster than me, but I was flat-out, not saving tyres. And at the end I was flat-out [trying to build a gap over Tsuboi].

"If you only consider the people that stopped around lap 10, I guess there wasn’t so much action, so that’s what it would have been like [without a pitstop]."