O'Ward keen to prove Super Formula pace in the dry 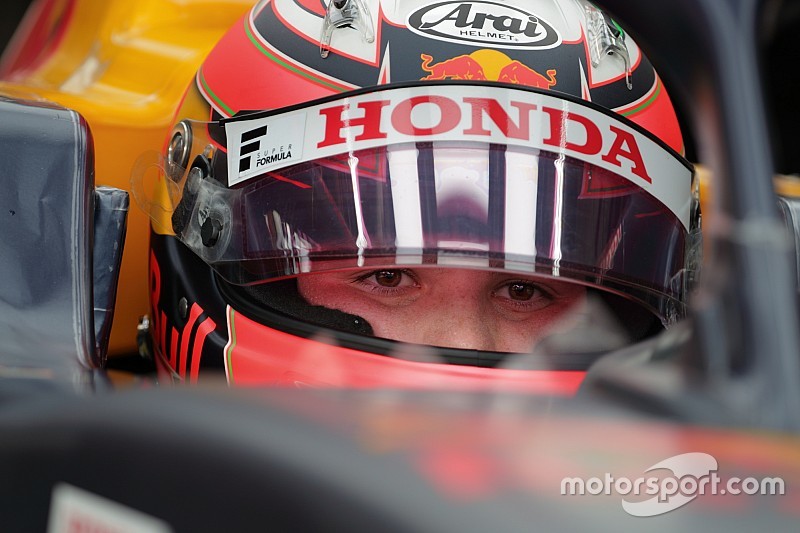 Red Bull Formula 1 junior Patricio O’Ward says he is keen on proving his pace in the dry at Motegi this weekend after his Super Formula debut was affected by heavy rain showers.

Following Red Bull’s decision to oust Dan Ticktum from its driver development programme, O’Ward replaced the British driver in Super Formula from the fourth round at Fuji.

The Mexican driver not only had to familiarise himself with a new car and a new track, but he headed into a rain-affected race with very limited experience of Yokohama’s wet tyre.

Although the 20-year-old gained six places from his starting position to finish 14th, O’Ward says he is looking forward to showing what he can do in more favourable conditions.

“It was a good start to the weekend. We just have to analyse everything now and prepare for qualifying tomorrow. I think it will be pretty critical to qualify up front because passing is going to be pretty tough I think.”

Motegi was the venue for Pierre Gasly’s maiden Super Formula win in 2017 and the beginning of a turnaround that made him one of the championship favourites.

“It’s quite hard to come into a championship, not having any testing, not knowing anything. But I’m doing my best and I know that my team is doing their best.

“Obviously everybody here wants to win, there is no other goal. So we are going to keep working towards it.”

O’Ward said drivers were left surprised by a two-second difference between the medium and the soft tyre, the latter having been a permanent option since the start of the 2018 season.

While that suggests most drivers will again use the softs as their ‘prime’ compound in the race, O’Ward stressed that he’d first have to be quick on medium tyres to escape Q1 elimination.

Super Formula mandates drivers to use the medium tyre for the first leg of qualifying, although the drivers are left free to choose either compound for Q2 and Q3.

“There was quite a big difference between medium and soft tyres,” he explained. “Everybody seems to be pretty impressed with there being so much difference.

“It’s like two seconds from one tyre to the other so it’s quite a bit. So it’s going to be important to have medium tyre pace to move on from Q1. But then soft tyre pace will be critical for Q2, Q3.”