Sacha Fenestraz has revealed that Toyota flagship outfit TOM'S wanted him for its Super Formula programme this season as well as for SUPER GT.

Ex-Renault junior Fenestraz was placed in the #36 TOM'S GR Supra for his step up to SUPER GT's top GT500 division this year, replacing Kazuki Nakajima, off the back of his title success in All-Japan Formula 3 last year.

He has also stepped up to Super Formula with the Kondo Racing outfit for 2020, appearing in December's rookie test at Suzuka and in last month's Fuji pre-season test.

Discussing how the move came about, Fenestraz said that TOM'S originally wanted to sign him for last year's F3 season, and expressed interest in securing the Frenchman's services again this year before Toyota decided on its 2020 Super Formula roster.

"I raced in Macau two years [2017 and ’18], both years went well, TOM’S was racing there as well though so they had an eye on me," Fenestraz told Motorsport.com.

"When we contacted them before the first year coming to Japan, they knew we were interested in coming and they wanted me, but there were no more free seats for that season. Since then they always had an eye on me and they always tried to put me in one of their seats.

"For this season [in Super Formula], we had chats and they were watching me, but I ended up going with Kondo, which I was very happy about. But at that point it was not really my decision, it was the factory [Toyota] that decided where to put me.

"Both teams I was happy with, but of course Kondo wanted me because I raced in GT300 [in SUPER GT] with them, and I was more than happy to continue with them as well.

"I didn’t choose where I went but I know when we had talks that quite a few teams, including TOM’S, were interested. But the decision wasn’t in my hands."

Fenestraz also reflected on how he ended up coming to Japan in the first place, revealing that the chance came following his second Macau appearance in 2018 - when he finished third for Carlin behind Motopark pair Dan Ticktum and Joel Eriksson. 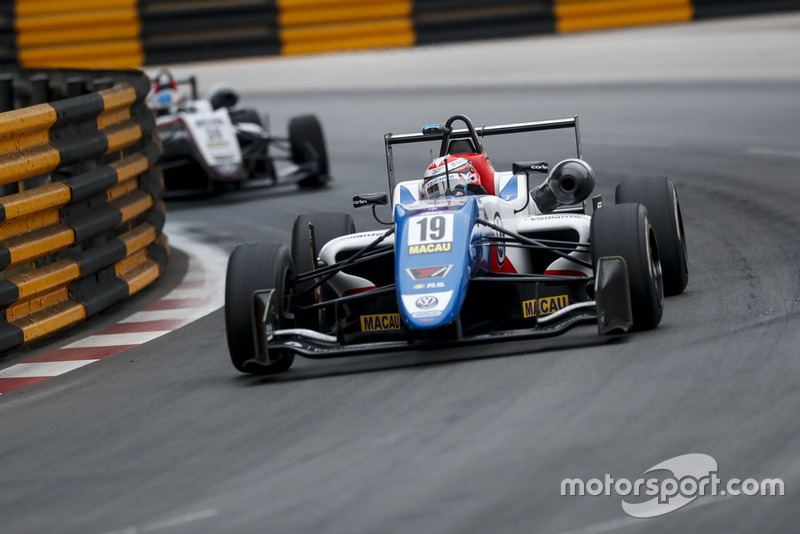 "In Macau [in 2018] there was a Japanese driver in my team, Yoshiaki [Katayama]. After Macau they invited me to Okayama and I did a test with them.

"They wanted me to race there. So I did the test, and I loved Japan, it was my first time. And then we decided to look for opportunities in Japan.

"We knew Motopark, a European team, a very good team, we talked with them and we came up with a deal. And then the SUPER GT [GT300] option of Kondo Racing came very late, middle or end of January, and that was perfect because I wanted to do a double programme."