Sergio Sette Camara says he was “caught by surprise” when he crashed out of his debut Super Formula race at Sugo having qualified on pole.

The Brazilian driver, who was forced to miss the first two rounds of the series due to COVID-19 travel restrictions, shocked the series establishment when he topped qualifying on Sunday morning, edging out Ryo Hirakawa to pole.

But after running a strong second behind a faster-starting Hirakawa for the first 17 laps, Sette Camara’s race started to unravel after that, as he was passed by Naoki Yamamoto and Nick Cassidy on the 18th lap of 53 before coming in to serve his mandatory pitstop.

A slow stop from his B-Max Racing crew had already realistically ruled Sette Camara out of the podium fight before his race came to an end in the Turn 4 barriers on his out lap.

Explaining the crash post-race, Sette Camara admitted that the low temperatures at Sugo – track temperature was around 22 degrees Celsius – contributed to the off, as well as his desire to push in a bid to make up for time given away in the pits.

“There were a bunch of small things I didn’t remember [to do] looking back now, the brake bias adjustment and all of that,” he explained. “It was really cold, the tyres were cold, I wanted to push to make up the lost time [in the pits], and I locked up into Turn 4.

“It caught me by surprise. It’s been a long time since I raced in a series where it’s cold, in F2 it’s usually quite warm temperatures. It’s an unusual thing for me.

“Definitely not what I wanted for the race, but once I digest the weekend I’ll be satisfied.”

Asked if there was any issue with the car at the time, Sette Camara replied: “It could be. I did hear there were revs there, which is quite strange, but I don’t want to blame the car.

“We should focus on the positives of the weekend and also there are a lot of things to work on and so many things to remember, it’s better to take a global picture.” 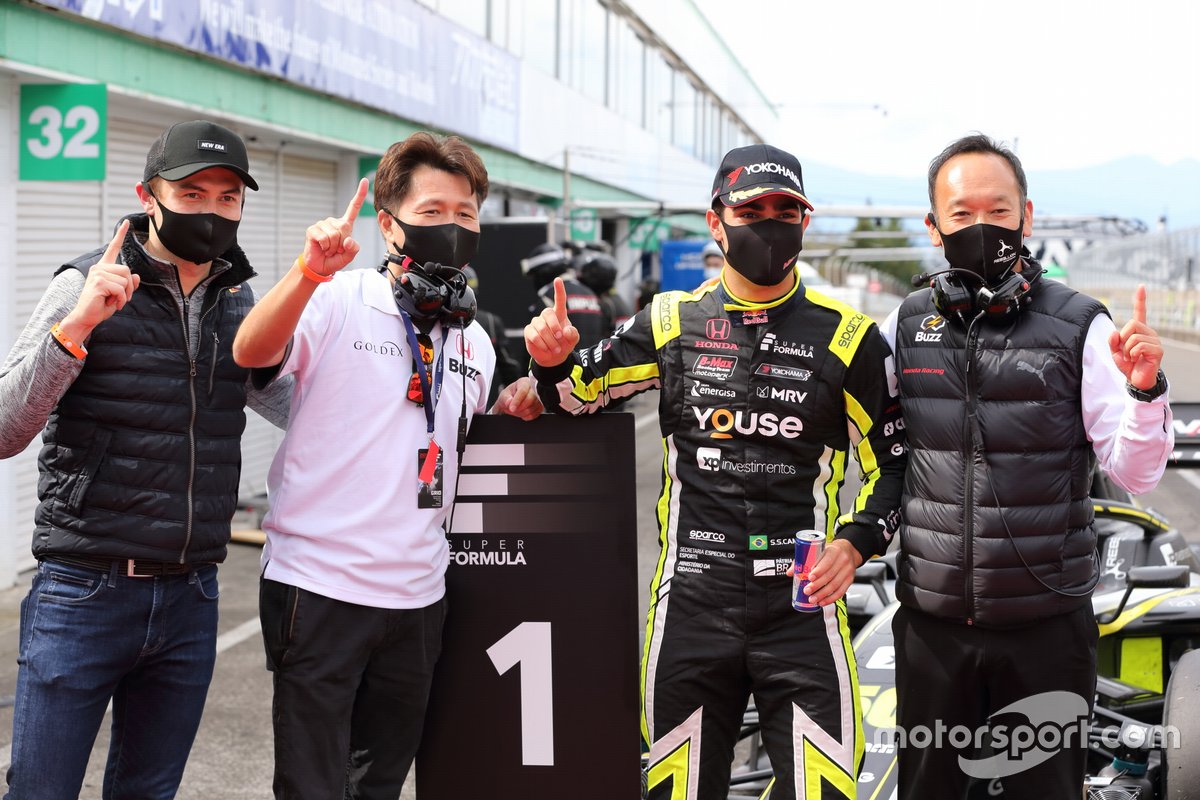 Speaking after a difficult first day of practice on Saturday, in which he caused two red flags, Sette Camara was cautious about making any prediction for the remainder of the season.

But scoring pole and running with the frontrunners early on has made the Red Bull Formula 1 reserve driver “more optimistic” for the upcoming races.

“In qualifying we worked well, we improved through the sessions,” he said. “We made the right decisions and I just got more and more confident. It was amazing the amount we improved session-by-session, so I’m really happy with how we worked.

“The ambience in the team is good, the team is motivated and I am motivated. Considering how crazy this year has been, it’s still hard to make predictions. But our pace in qualifying is good, which makes things more optimistic. We’ll keep working hard and see where we end up.”