Starting fifth on the grid, ex-Formula 2 driver Fukuzumi cleared TOM’S rival Ritomo Miyata and the sister Dandelion car of Tadasuke Makino on the run to the first corner to immediately move himself into the podium positions.

Two laps later, Fukuzumi tried to pass Sena Sakaguchi for second at the same corner, only to run wide. However, with the Inging driver losing his rear end at the same time, Fukuzumi still managed to somehow complete the move - albeit outside the white lines.

Fukuzumi initially slipped 2.5s behind race leader Sekiguchi as the Impul driver looked comfortable up front in the first stint, before bringing that deficit down to a second by lap 12 of 53.

Sekiguchi was the first of the two to dive into the pits on lap 17, with Dandelion covering him by bringing Fukuzumi in for his mandatory stop a lap later.

This turned out to be the crucial stage of the race as a faster in-lap, combined with a fractionally quicker pitstop, allowed Fukuzumi to emerge well in front of his Impul rival.

From there on, he enjoyed a clear run to the finish, and was eight seconds to the good by the time Tomoki Nojiri finally stopped on lap 41 to grant him the lead.

He eventually crossed the line with 3.746s in hand, scoring his first victory in Super Formula since his debut campaign in 2018, which he dovetailed with a difficult season in Formula 2. 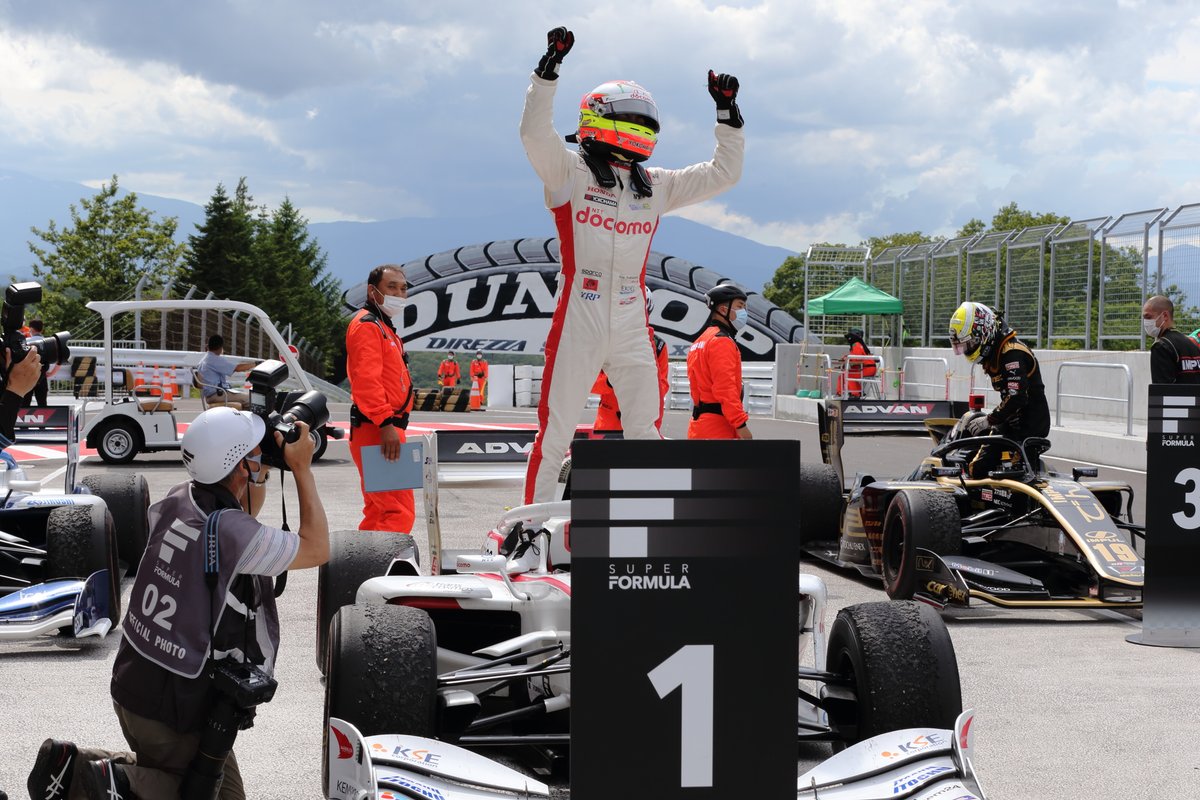 Nakajima Racing’s Toshiki Oyu recovered from a slow stop to score his second podium finish of the season, having passed Sekiguchi on lap 20.

B-Max driver Nobuharu Matsushita rose from 13th on the grid to finish fourth behind Sekiguchi, as Makino held off championship leader Nojiri to take fifth.

Fuji and Suzuka winner Nojiri was unable to fully capitalise on the absence of his chief title rival Ryo Hirakawa - absent from Sugo to complete a hypercar test with Toyota - despite making several bold passes in an extended first stint.

Miyata finished seventh in the best of the TOM’S cars after making a slow getaway from the second row of the grid, ahead of Sakaguchi’s Inging machine.

Three-time Super Formula champion Naoki Yamamoto moved inside the top 10 on the opening lap after a difficult qualifying session on Saturday, but a poor out lap where he lost four seconds left him outside the points in 12th, behind Mitsunori Takaboshi’s Impul car.