The 2018 Super Formula grid may not have a reigning F2/GP2 champion waiting to get his grand prix shot, but there’s no shortage of quality drivers - whether homegrown or international.

The 32nd season of Japanese’s premier racing series will be the last one to feature the SF14, and a strong pre-season run from Honda could potentially change the pecking order.

Motorsport.com analyses the prospects of the 19 drivers who will contest the full season...


Ishiura is one of those drivers who get better with age, and with two titles in the last three years, it’s hard to bet against the 36-year-old. Moreover, Ishiura’s speed and Inging’s Super Formula prowess make for a potent combination.


2016 champion Kunimoto was completely overshadowed by teammate Ishiura last year, and was unable to make an impression with Toyota in his LMP1 forays at Spa and Le Mans. As such, 2018 will be about getting back his mojo.


A 10th-place championship result in his maiden Super Formula season belied the fact Cassidy managed to score a podium and a pole for a team that hasn’t won a race since 2008. Moreover, last year’s Super GT title illustrated that the Kiwi is not only quick, but can also gel well with a Japanese team.


Yamashita received international spotlight when he finished fourth in the 2016 Macau F3 race. While he was less impressive in his rookie Super Formula season last year, there are plenty of reasons to believe that he can pull off a stronger campaign this time around.


Nojiri heads into 2018 off the back of a difficult campaign, in which he finished 17th in the championship with a measly two points. With Nobuharu Matsushita joining on the other side of Dandelion garage, the 28-year-old will have no option but to step up his game this season.


Super Formula provides Matsushita with a chance to prove himself away from the GP2/F2 spotlight. While he isn’t exactly racing for a top-line team, improvements made by Honda over the winter should boost his chances of a good result. 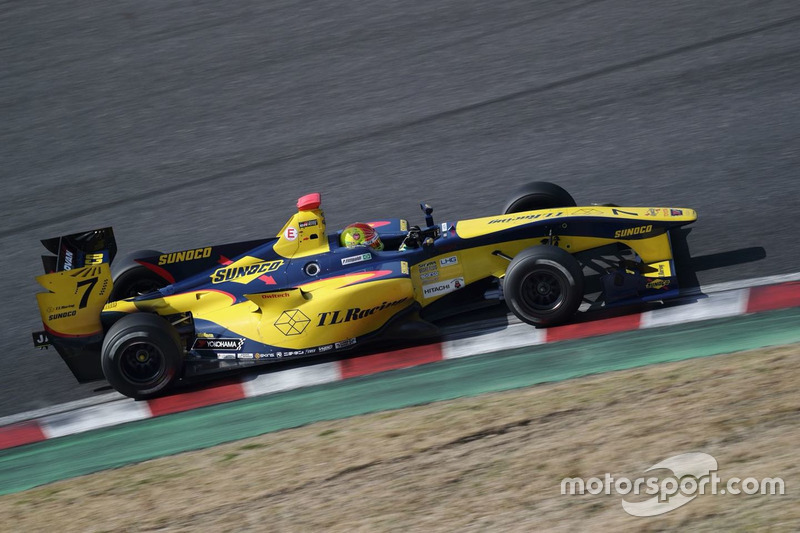 
Having beaten Williams Formula 1 junior Oliver Rowland to the race seat and compared favourable against teammate Kazuya Oshima in testing, expectations will be high indeed from the grandson of Emerson Fittipaldi. But with the Formula V8 3.5 champion due to miss two races, and still there being some doubts over Team LeMans’ pace, wins and podiums are unlikely.


Oshima is a proven race winner in both Super Formula and Super GT, but his return to single-seaters last year - admittedly against a teammate of Felix Rosenqvist's calibre - was nothing short of a disappointment. Now that he’s has reacquainted himself with formula cars, expect him to shine once again.


Super Formula may only be a side-gig for Fukuzumi, but he will be keenly watched by his bosses at Honda. As such, he has to perform at the top of his game in Super Formula, while also not getting distracted from his Formula 2 campaign.


Yamamoto succumbed under pressure from Pierre Gasly last year, but with the Red Bull protege off to F1, expect him to return to his very best again. The Mugen driver is one of the fastest on the grid, as his 2013 title-winning campaign attests, and could well feature in the championship hunt if Honda continues its improved form.


Tsukakoshi continues his long-standing relationship with Real Racing, which may be potent force in Super GT but is less of a threat in Super Formula. However, the 31-year-old was quick in testing, so expect him to do better than last year.


Kobayashi did well to finish seventh in the championship last year, despite racing for the single-car KCMG team. Given his racing credentials and appetite, he should be racing at the sharp end of the grid this year - possibly knocking on the podium door on a regular basis.


Sekiguchi has been a revelation of sorts, having scored four wins since his Super Formula debut in 2016 and featured in the title fight in both his seasons. Consistency is one area where he lacks, though, and it could well be the difference between winning the championship or finishing third or fourth in the standings.


Nakajima may be best known for his F1 stint with Williams, but he’s also won two Super Formula titles in his home country. His last two campaigns have been somewhat underwhelming and a repeat of that won’t go down well with TOM’S, where he assumes team leader status this season.


Rossiter has been called in as a replacement for Andre Lotterer, who ended his 15-year Super Formula stint in favour of a Formula E drive. While racing for a top level team like TOM’S brings pressure, his prior Super Formula experience and proven track record in Super GT suggests he is more than up for the task.

Chiyo may have a Blancpain GT title and a Bathurst 12 Hour victory in his CV, but he’s likely to be hamstrung by a team that failed to score a single point on its Super Formula debut last year. Moreover, Chiyo himself hasn’t driven a single-seater car in anger since 2015, meaning he has a big learning curve ahead of him.


For the first time in his second Super Formula stint, Karthikeyan will have team stability. Combine that with a strong run in pre-season testing and one could reasonably expect him to score points on a regular basis.


Izawa has been competing in Super Formula since 2008 but hasn’t won a race since his ill-fated GP2 detour in 2014. The 33-year-old will be hoping that a switch from Dandelion to Nakajima will arrest his declining fortunes in the series.