Red Bull Formula 1 junior Dan Ticktum has described his Super Formula outing in Autopolis as a “weekend to forget” after an unforced error caused him to retire early from the race.

On the third lap of 54, Ticktum locked up on the entry to Turn 3 and ran straight across a wet patch of grass, which pitched him into a half-spin and led to his retirement.

The result marked Ticktum’s first DNF in Super Formula since his maiden outing at Sugo last year, where he was forced to retire the car after incurring suspension damage from contact with Real Racing’s Koudai Tsukakoshi.

“Then when joining I hit the kerb, spin the car, I pulled the clutch, was okay, went to spin around but another car was coming so I had to stop.

“If I kept going, it would have forced a crash. And then the car stalled, and finished.” 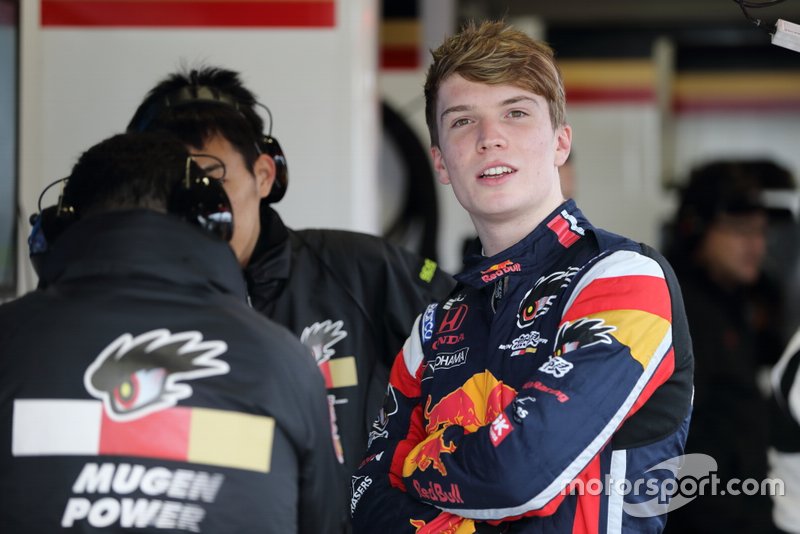 Heavy showers led to qualifying being moved to Sunday morning, with the three-part, Formula 1-style knockout format replaced by a single 40-minute session.

However, more rain fell on track during the rescheduled qualifying, leading to a chaotic session punctuated by three red flags.

That meant 2016 champion Yuji Kunimoto took a surprise pole for Kondo Racing, while nine drivers failed to set a time within 107% rule - although all of them were given permission to race.

Ticktum was one of the several drivers unable to knit together a clean lap as he qualified 14th, and was particularly vocal about the format used, labelling it as “bit of a nonsense”.

“From the numbers and my feedback after Suzuka they improved the car a lot and we saw that on Friday when we were quickest in FP1," Ticktum told the Red Bull junior site.

"After that it became a weekend to forget unfortunately. The weather really messed things up.

“Qualifying on Saturday was cancelled because of the weather and we had a qualifying session in the morning where there were so many red flags that only 12 [11] drivers got inside 107% because eight [nine] of us only got a single run.

“I would go out, have two fastest sectors then have to abort because of a red or yellow flag. That kept happening."

"It was the same for everyone of course but it's a great shame that they didn't extend the session so that everyone could have a decent couple of laps.

“It made it a bit of a nonsense really. Of course we were all allowed to start but I was back in the grid."

Ticktum: This is my “last shot” at reaching F1

Lorenzo: Vinales “suffered a lot” due to Quartararo’s MotoGP speed