Ranking the outsiders in the Super Formula title fight

Naoki Yamamoto and Nick Cassidy have again emerged as the championship favourites as the 2019 Super Formula season nears its climax, but there are several other drivers who could potentially break their duopoly and stage a late upset.

With four different winners in as many races, the opening half of the 2019 Super Formula season paints a picture of a tightly-competitive field. And while there is no denying that the grid offers a great mix of local stars and international talent, two familiar drivers have managed to stand out from the rest and pull a massive points lead at the top of the standings.

What’s even more impressive about Yamamoto and Cassidy’s early-season success is that they both jumped ship over the winter, joining teams that haven’t enjoyed the best of fortunes recently, Dandelion Racing in the case of Yamamoto and TOM'S for Cassidy.

The pair have to be considered the favourites for this year’s crown, and there could very well be a repeat of their 2018 battle that culminated in a tense title decider at Suzuka.

But as history shows, the complexion of the championship could change rapidly. Just ask Yamamoto how close he came to losing last year’s title after his mid-season slump.

So, who are the main outside challengers who could come up on the rails and spoil Yamamoto's and Cassidy's party? 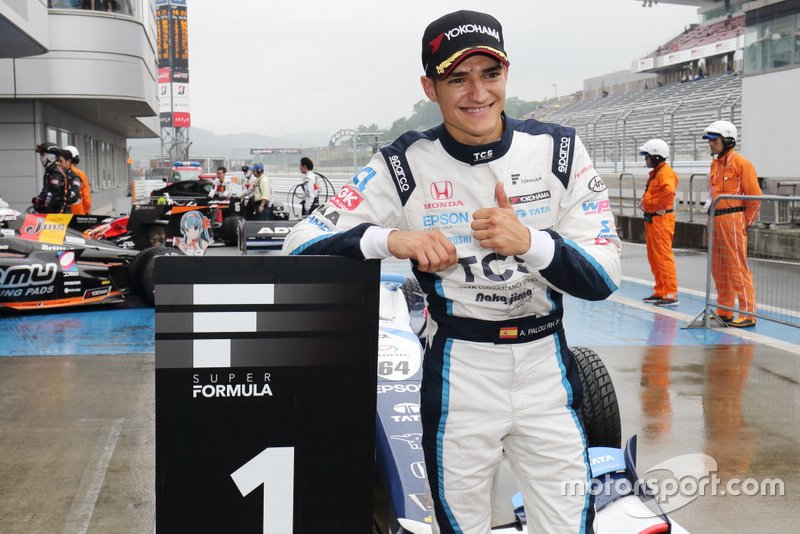 Palou burst onto the Super Formula scene by putting his car on the front row at Suzuka, only behind teammate and Formula 2 race winner Tadasuke Makino.

While the Spaniard was unable to convert that coveted starting position into a podium after technical gremlins forced him to retire early from the race, his debut performance offered a glimpse of what was to come from the ex-GP3 and European F3 racer.

Three rounds later Palou qualified on pole position during a wet qualifying at Fuji, before leading from start to finish in equally tricky conditions to take a dominant win.

The result elevated him to fourth in the drivers’ standings, and proved why Palou wasn’t naive to target the title in his debut season.

More intriguingly, his Fuji performance followed an error-strewn weekend at Sugo, where he first crashed in qualifying and then copped a hefty 30-second penalty for overtaking a driver before crossing the finishing line after a safety car period.

Palou’s ability to bounce from those rookie errors showed he has matured in a short span of time, and now he looks ready to challenge the big two for championship honours. 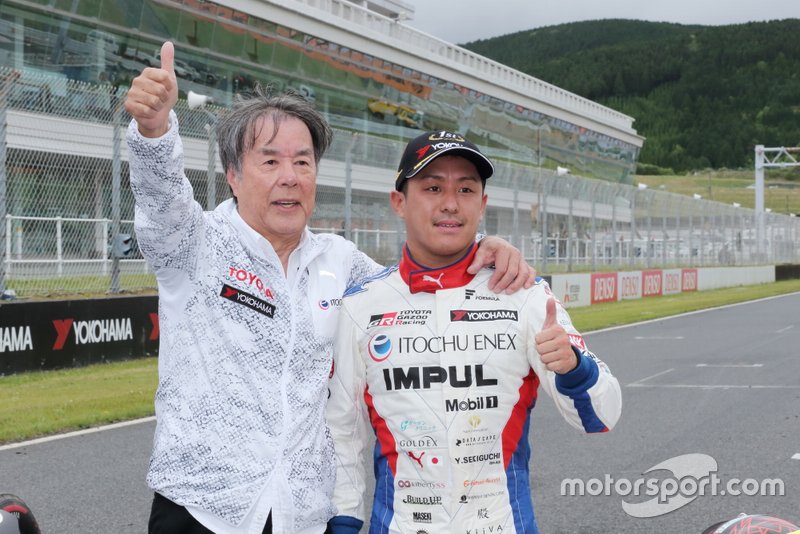 Sekiguchi is one of the most exciting drivers on the current Super Formula grid, and has been a front-runner from his very first year in the series in 2016.

He’s quick, reliable and has won races in every season he has competed in. Yet somehow he’s yet to feature in a title fight. This year doesn’t appear to be any different as a mechanical failure at Suzuka has left him staring at a 17-point deficit to Yamamoto.

But Sekiguchi can easily haul himself back in the hunt, as he’s near-unbeatable on his day. Just look at his performance at Autopolis where he pulled a 40-second gap over the rest of the field to be able to pit and still come out in the lead safely.

That drive was one of the most remarkable in recent Super Formula history and a major endorsement for a driver who could achieve so much more with a consistent season.

If Sekiguchi can perform at the same level in the next two rounds, it’s not hard to imagine him joining Cassidy and Yamamato in the title fight come Suzuka. 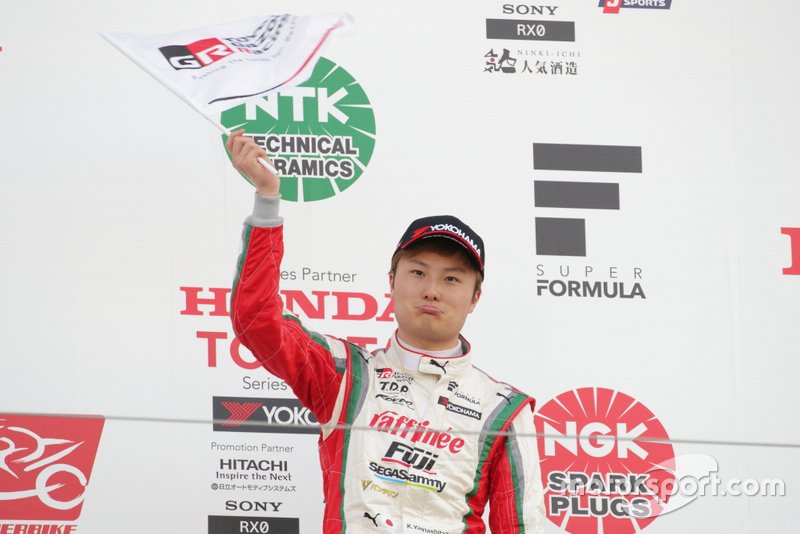 Yamashita spent much of 2018 in the shadow of Kondo teammate Cassidy, but a podium in the season finale marked a new beginning for the Toyota youngster.

Since then, Yamashita has shown all the qualities of a top driver, and has consistently been among the quickest in the Toyota camp.

The 24-year-old’s surge in form has been particularly evident in SUPER GT, where alongside Kazuya Oshima he has won back-to-back races to take a comfortable points lead.

In fact, Toyota has been so impressed by its prodigy that it has placed him in the LMP2 class of the upcoming FIA World Endurance Championship season.

There is little doubt that Yamashita is enjoying a purple patch of late, in similar fashion to Yamamoto did at this point last year, and he will be keen on replicating his SUPER GT results in Super Formula.

Some may say question how a driver who is yet to win a race be considered a title threat, but Yamashita’s current form means he has the potential to disturb the pecking order. 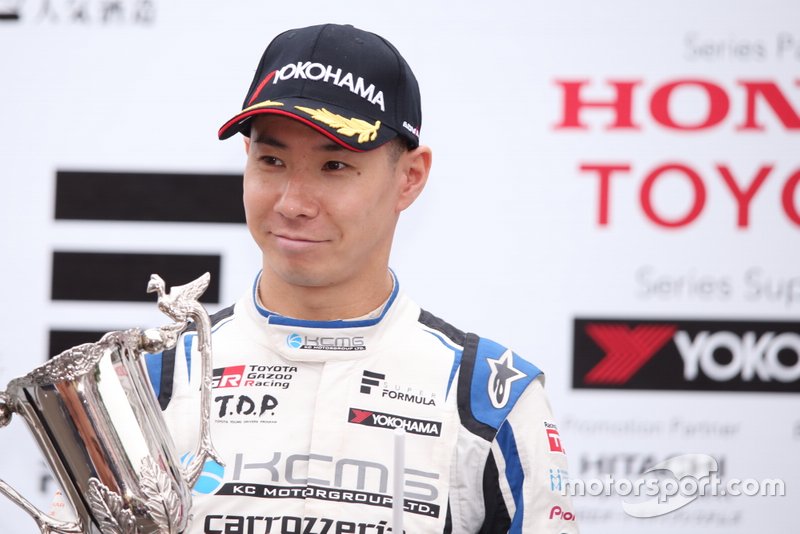 While the aforementioned trio is best placed to take advantage of any off weekend for Cassidy or Yamamoto, there are several other drivers capable of winning races in the final part of the year.

One of them is ex-Formula 1 star Kamui Kobayashi, who has developed a reputation of dragging a midfield KCMG car to podium places every season. Kobayashi has been let down by his team and external circumstances several times in the past, but his underlining speed means he shouldn’t be discounted just yet.

Another potential title threat is Tomoki Nojiri, who has one of the fastest cars on the grid under him. Nojiri has done a respectable job after assuming the team leader role from Yamaoto at Mugen, although he did throw away a podium finish at Sugo.

Then there’s Red Bull junior Lucas Auer, the rookie who pushed someone as experienced as Nojiri into making a mistake.

This was supposed to be a learning year for Auer as he refamiliarised himself with single-seater machinery. But Auer has exceeded all expectations with the unfancied B-Max/Motopark team, and already has a podium and a string of top-five qualifying results under his belt.