Vandoorne: Tyres the key difference between F1 and Super Formula 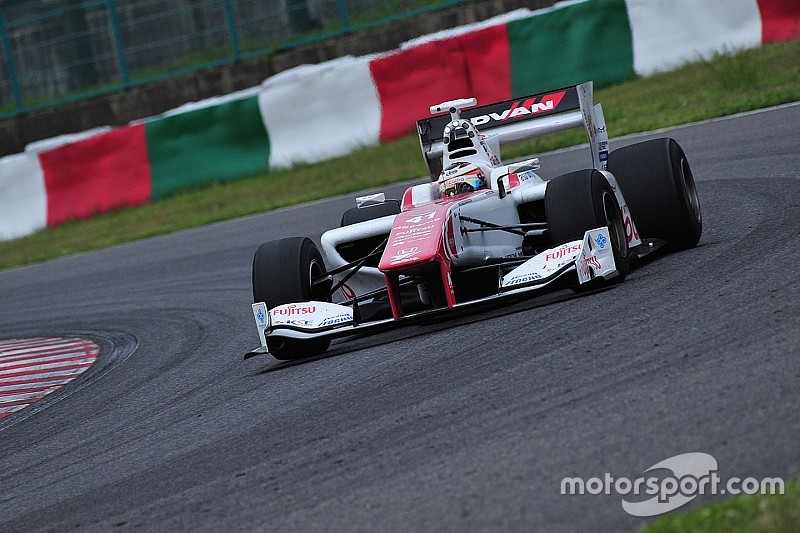 Stoffel Vandoorne, a recent debutant in both Formula 1 and Japanese series Super Formula, says the biggest difference between the two categories lies in the tyres.

The reigning GP2 champion, Vandoorne scored a point on his F1 debut in Bahrain as he subbed for the injured Fernando Alonso at McLaren, before ascending the Suzuka podium in his first race in Super Formula, his main series for 2016.

Asked to compare the his experience in the two categories, Vandoorne said: "Both are extremely different, it’s hard to compare Super Formula to F1, especially the tyres.

"The Super Formula car has a very good aerodynamic platform, also very good tyres - makes it quick around the corners, especially at Suzuka, which is a high-speed track and one where we can see the car on the limit.

"It’s very enjoyable, especially in qualifying, when you have new tyres and the grip gets better and better.

"Formula 1 is different, it’s very technical, a lot of things to change on the steering wheel and a lot of management during the race, especially with the engine regulations - battery management, fuel saving, tyre saving as well, which is quite difficult with the Pirellis.

"So they are two different stories."

Vandoorne's arrival to Super Formula coincided with the series switching from Bridgestone to Yokohama - and the Belgian said the tyres held out so well that he could've gone the whole Suzuka race without stopping if not for the need to refuel.

The Belgian said: "For everybody before the race it was a bit of an unknown because it’s the first year everyone is on the Yokohama tyres. I think the teams more or less had an idea of how it would work, but what amazed me was the track evolution during the race.

"I think it changes more than the tyre degradation, the top three did not even change the tyre so the tyre held on very good.

"We just stopped for refuelling, without that we could have gone without a pitstop to the end!

"The track got better and better and the laptimes stayed very consistent all race long."