Yamamoto, who also won the Super GT title last year alongside Jenson Button on top of his Super Formula success, moved across to join the Dandelion Racing outfit for the new campaign, parting ways with Mugen after eight seasons at the squad.

The 30-year-old qualified third behind the two Nakajima Racing cars of Tadasuke Makino and Alex Palou, but struggled on the medium tyre, dropping positions before an early safety car gave him the chance to switch to the faster soft compound.

Falling behind Nick Cassidy, who had already switched tyres before the caution period and therefore took the net lead, Yamamoto was able to work his way back up the order and finally secure the runner-up spot behind his 2018 title rival once Kamui Kobayashi stopped on the penultimate lap.

“Because I was concerned about the soft tyre wearing out [in the race], from free practice I was testing it,” said Yamamoto. “I thought if I could use the soft successfully, then it would be alright to use the medium. But there was no grip from the beginning, so it was a bit hard.

“After replacing it with the soft, it worked as expected and the balance was good.”

He added: “It was my first race with Dandelion after having changed teams. It was a wild race, but to move up to this position and recover positions, it was a bigger result than anything else.

“I want to thank everyone in the team for boosting me to this position. I was able to make a good start, so I will keep on pushing myself and do my best to be champion.”

As well as Yamamoto, Cassidy also switched teams for 2019, moving from Kondo Racing to TOM’S, meaning third-placed Kenta Yamashita was the only podium finisher not to be racing for a new team.

Yamamoto was keen to highlight that the three podium finishers at Suzuka were identical to the top three in last year’s title-decider at the same track.

“Of the drivers that fought in the last race of last year, the same faces are here again,” Yamamoto remarked. “Of course this is important for the team, but the true nature of formula car racing is [that the driver makes the difference], and I thought the strongest drivers would come through at the end.

“I can’t take it easy because I have such strong rivals. This only encourages me, and I’m very grateful to have such rivals.” 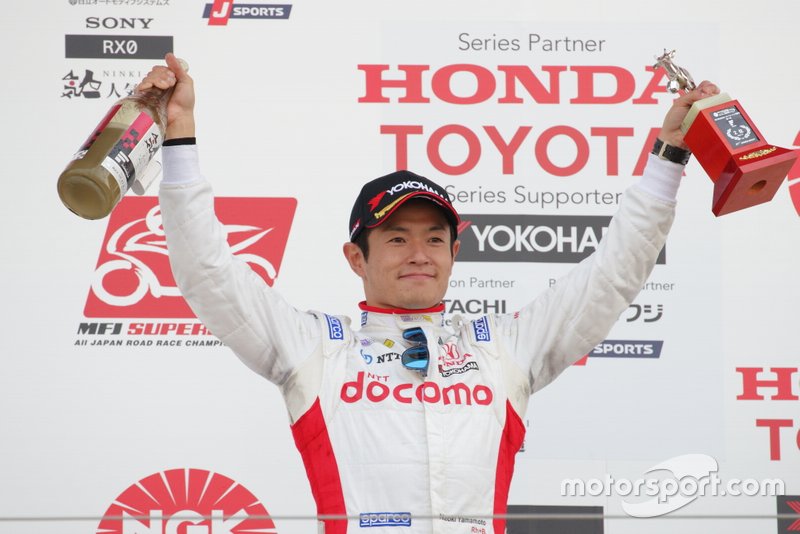 Ticktum admits he "struggled in every session" at Suzuka

Why the Super Formula title battle looks as good as over

Why the Super Formula title battle looks as good as over