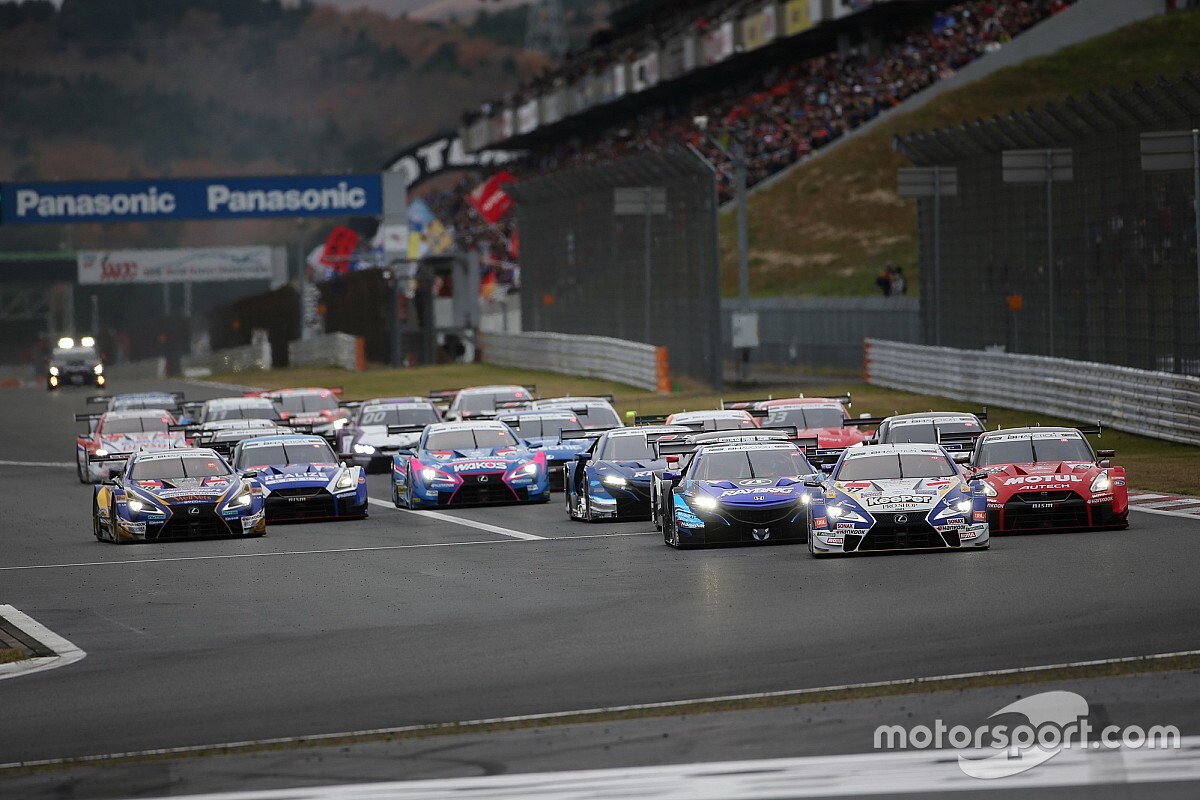 The inaugural standalone event for DTM cars and SUPER GT’s GT500 machines, both of which are built to Class One regulations, took place last November at Fuji Speedway, three weeks after the conclusion of the SUPER GT season.

Seven DTM cars, four from Audi and three from BMW, made the trip for the Fuji event, which followed on from three SUPER GT cars (one from each manufacturer) appearing as wildcards in the Hockenheim DTM finale.

Plans were understood to be in the works for another collaboration between the two championships off the back of the success of the Fuji event, but these now appear to be on the backburner as each organiser prioritises getting its own season underway.

The DTM had been planning to kick off with July’s Norisring round, but extensions on bans on mass gatherings in Germany and Belgium mean the start of the 2020 campaign is likely to be further delayed, with the current schedule already stretching into November.

Meanwhile, SUPER GT has delayed its curtain-raiser at Okayama until July and has also postponed its overseas rounds in Thailand and Malaysia until December and January, which would have meant any Dream Race taking place during the season.

Representatives from DTM and SUPER GT both declined to comment when contacted by Motorsport.com.

However, a spokesperson for Fuji, which has already lost its 2020 FIA World Endurance Championship round to the pandemic, told Motorsport.com that the track being able to host a Dream Race on top of its delayed domestic fixtures this year is very unlikely.

Potential alternative venues in Japan like Suzuka and Motegi would also have to prioritise ensuring that their most lucrative events, Formula 1 and MotoGP respectively, are held this year once the pandemic subsides.

Adding to the difficulties in finding a suitable date and venue is the question of whether DTM drivers and personnel would be able to enter Japan by the end of the year. Currently, the nationals of 87 countries – including almost all of Europe – are unable to enter Japan, other than in exceptional circumstances.

Rising expectation that the Dream Race will not be held this year comes at a time of growing doubts about the future of the Class One regulations in general.

Even before the coronavirus pandemic and its effects on the global economy, the DTM had been hit by the loss of the R-Motorsport Aston Martin team over the winter and on Monday it was confirmed that Audi will be leaving the championship after 2020.

Hans-Joachim Stuck recently suggested to Motorsport.com that the DTM should consider switching to GT3 rules to safeguard its future, claiming that ITR boss Gerhard Berger had dropped his previous hostility to such a move amid the current crisis.