How the 2022 SUPER GT silly season is shaping up

With just two races to go in SUPER GT this year, there’s plenty of gossip up and down the paddock concerning what Toyota, Honda, Nissan will do about their driver line-ups for 2022.

Most of this year's silly season speculation has centered around Toyota, which is perhaps not a great surprise given it has six GR Supras on the grid and therefore 12 seats to fill, and no shortage of drivers from which to choose.

Of the six crews, the only one looking near-certain to continue unchanged is the #14 Rookie Racing line-up of Kenta Yamashita and Kazuya Oshima, the 2019 champions who were reunited at the start of the season following Yamashita’s year (mostly) away from the series.

The most likely to change is the two-car TOM’S stable, but there much depends on Ryo Hirakawa’s future and whether he joins the Toyota FIA World Endurance Championship line-up for 2022. While there’s been no definitive word just yet, if it does happen then Hirakawa would probably exit SUPER GT altogether, leaving a coveted open spot in the #37 line-up.

Sena Sakaguchi impressed in five races as Sacha Fenestraz’s stand-in this season, but it’s thought unlikely he would make the step directly up to TOM’S full-time. The two most likely candidates to join Fenestraz instead are Kazuki Nakajima, should his services no longer be needed by Toyota in the WEC, and Ritomo Miyata, who is ready to make the switch from the Bandoh squad.

While Miyata has demonstrated his speed time and again on the Yokohama tyres, he and Fenestraz would make one of the youngest line-ups in the field, and if Hirakawa does leave then TOM’S may prefer to draw upon the considerable experience of Nakajima to anchor the #37 machine.

Over at Cerumo, it's unclear whether Yuji Tachikawa, now 46, will continue for another season. Last weekend’s Autopolis round aside, it’s been another tough campaign for he and Hiroaki Ishiura in the #38 car, and given Tachikawa’s advancing years, speculation about his future is likely to persist right up until the three-time GT500 champion does finally call time on a glittering career. 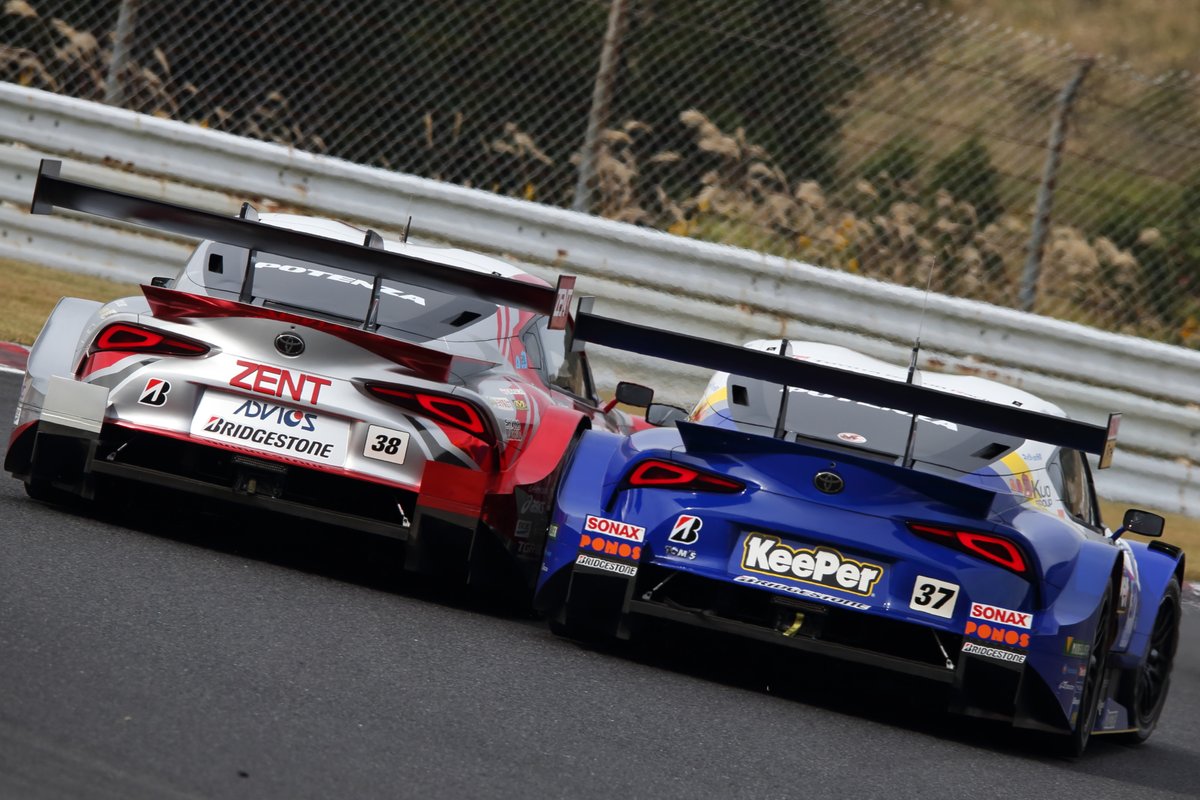 Should Tachikawa indeed call it quits after this year, Miyata could be installed alongside Ishiura at Cerumo, but another option would be to pluck Sho Tsuboi from TOM'S and place Miyata with Yuhi Sekiguchi in the au-branded #36 car – which would mean both Tsuboi and Miyata working with their current Super Formula teams.

Meanwhile, at SARD, Yuichi Nakayama’s place appears to be secure enough, but teammate Heikki Kovalainen is enduring one of his tougher SUPER GT campaigns, which could make the now-40-year-old Finnish ex-Formula 1 driver a doubt for 2022.

Kovalainen insists however that no discussions have been held with Toyota yet about next year yet, and it still remains possible that both parties could elect to continue for another season, which would most likely mean an unchanged line-up in the #39 machine.

Finally, there’s Racing Project Bandoh. Yuji Kunimoto is likely to stay, but with Miyata in line for a ‘promotion’ to one of the Bridgestone-shod cars, a new teammate is likely. Sakaguchi would be the number one candidate here, given the #19 machine’s historic status as a ‘training’ car for the likes of Sekiguchi, Yamashita and Tsuboi in past seasons.

Giuliano Alesi is also keen for a move up to the GT500 ranks with Toyota, but with Sakaguchi the first in line for any vacancy and Nakajima also in the frame to return, the Frenchman may have to be content with another season in GT300 and target a 2023 graduation.

While there’s plenty of scope for change at Toyota, things are decidedly quieter over at Honda and Nissan. In the case of Honda, which has 10 seats to fill in its five NSX-GTs, there are no obvious candidates to move up from GT300, nor are there any current weak links. 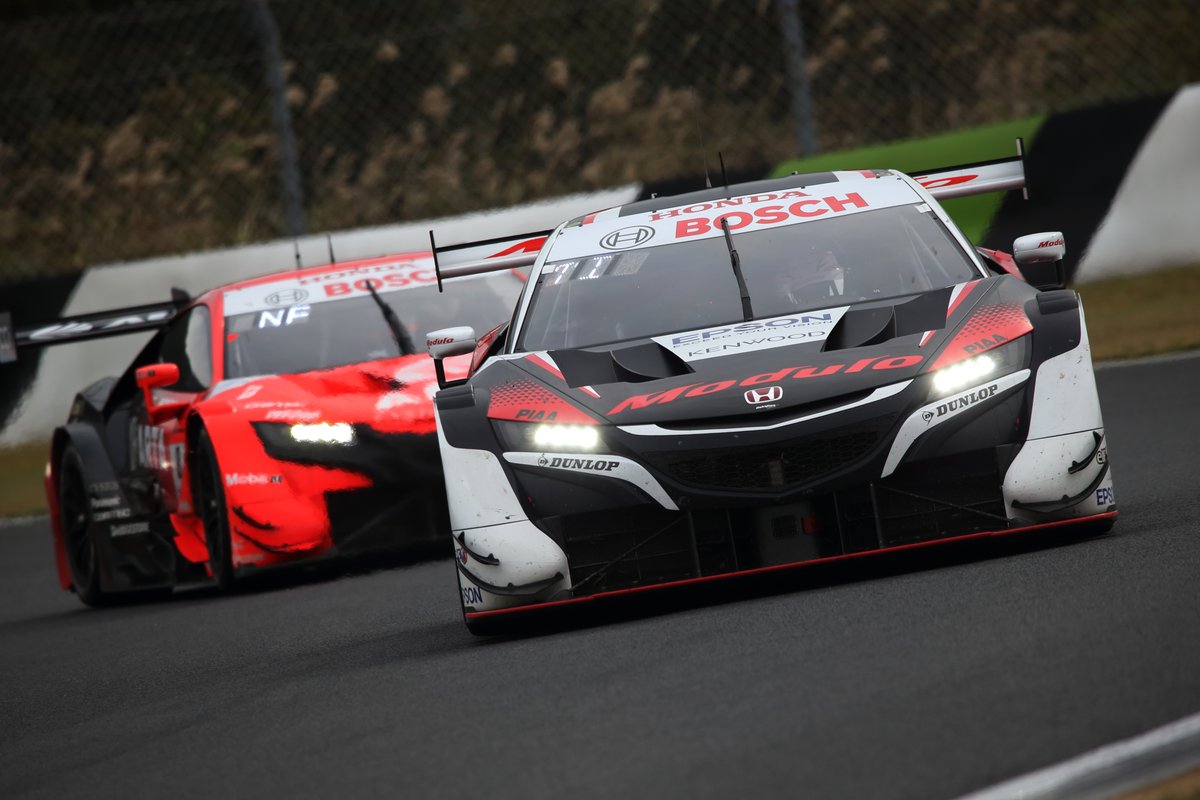 In terms of the Honda junior line-up, the next 'cab off the rank' is likely to be Ren Sato, who partners veteran Shinichi Takagi in ARTA's GT300 car. But given the 20-year-old's rather fraught campaign so far, he'll most likely be spending one more year in the lower division in 2022.

Nissan likewise may be on for an off-season of relative stability, having got into a habit of frequent reshuffles in recent seasons – perhaps not a bad move with the looming change from the GT-R base model to the all-new ‘Z’ for the 2022 campaign.

Ronnie Quintarelli and Tsugio Matsuda continue to form a formidable duo in the flagship NISMO car and this seems set to continue into the new ‘Z’ era. Likewise, Kohei Hirate and Katsumasa Chiyo have had a strong second season together in the sister NDDP/B-Max car, while star 2021 signing Nobuharu Matsushita looks more likely than not to remain at Impul alongside Kazuki Hiramine, particularly after the duo’s victory at Sugo.

However, speculation continues to suggest that last year’s GT300 champion Kiyoto Fujinami, who drove the GT-R last December at Fuji Speedway as part of Nissan’s traditional year-end driver evaluation test, could yet be in line for a promotion in 2022. Given Fujinami drives for Kondo Racing, it makes sense that a step up to the GT500 ranks, if it happens, would be in the #24 car. 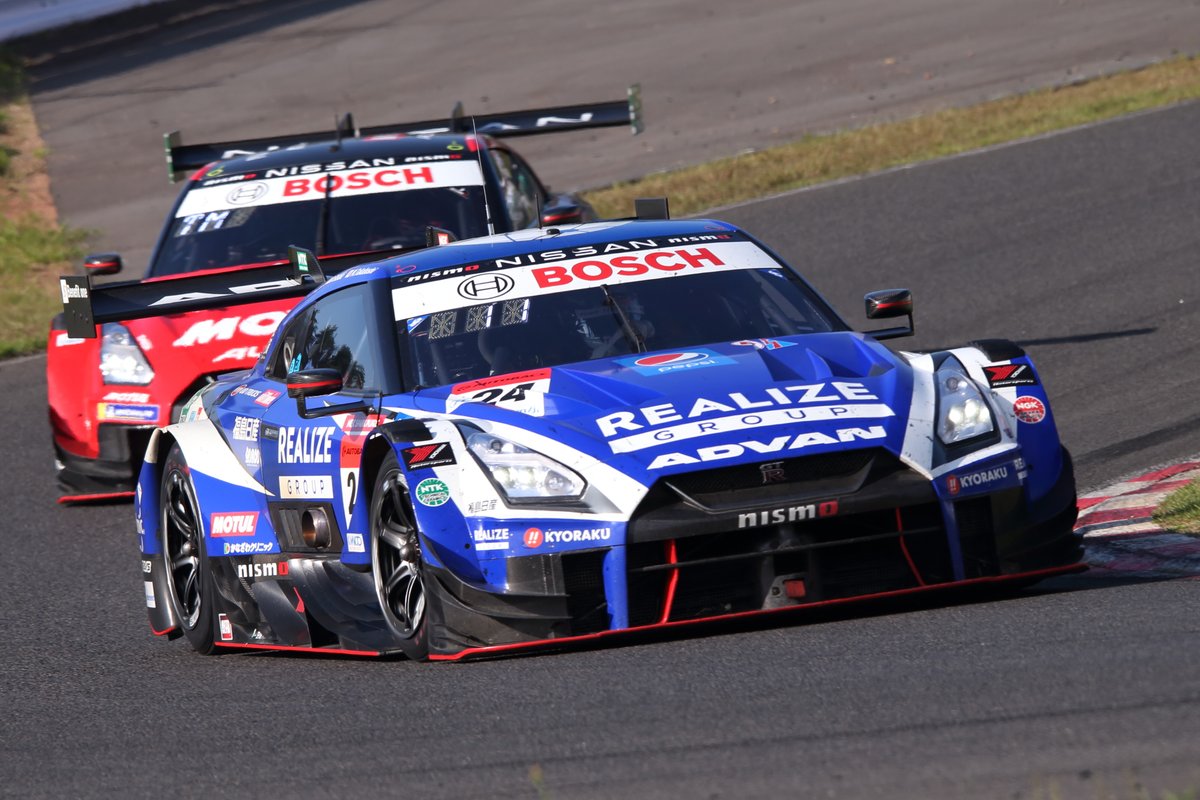 In such a case, it’s unclear whether it would be Daiki Sasaki or Mitsunori Takaboshi who would make way; much will depend on what happens in the final two races of the season, as well as in this year’s Fuji ‘audition’ test. As such, an unchanged line-up for Kondo can't be ruled out either.

One more name that has been linked with Nissan is Teppei Natori following the ex-Honda junior’s title win with B-Max in Super Formula Lights. While it’s almost certainly a year too soon for a GT500 seat, Kazuki Hoshino’s impending retirement gives Nissan the chance to bed in another promising youngster for the future in the GT300 ranks, and Natori would be an ideal candidate in that regard.

No doubt there will be many discussions to come in the paddock at Motegi next weekend, but we are fast approaching the time of year these decisions are usually made - so the wait to see exactly how the 2022 grid line-up will form shouldn't drag on too much longer.