A tough race for Andrea Caldarelli at Autopolis 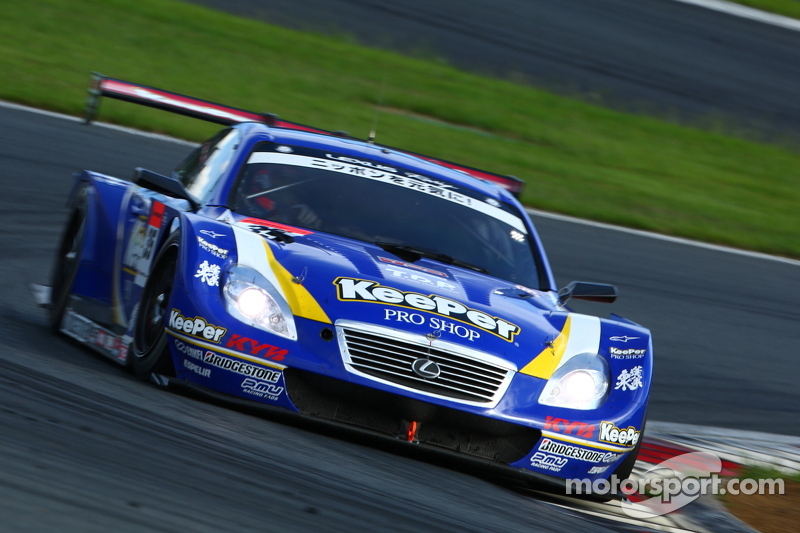 It's been a tough weekend for Andrea Caldarelli at Autopolis, in the seventh and penultimate round of the 2012 SUPER GT.

The rain became a major part of the weekend's running, mainly due to a typhoon that hit the South-Eastern part of Japan and also forced to cancel many flights, including the Italian driver's return one. 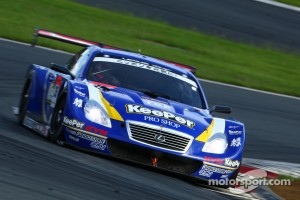 He ended up in 8th after just a few laps, before leaving the car to his team-mate Yuji Kunimoto for the Q1 session. Unfortunately, the Japanese racer got caught out by the heavy rain that was falling onto the track and missed the cut, also ending up with a big gap. The Kraft Racing men were forced to start from the back but did not surrender: Andrea scored the 6th fastest lap of the warm-up session, and was again slotted to drive the team's LEXUS SC430 for the start.

In his stint, despite some tire wear issues, he left his car to Kunimoto in 7th. Unfortunately, Yuji dropped down to 11th after a contact with a GT300 car.

As happened in Fuji, another lapped car came into their path, and after having recovered back to the top-10, Kunimoto was forced to an unscheduled pit-stop to replace some fast-wearing tires.

Andrea Caldarelli: "When I got at Autopolis I had different expectations. The races at Suzuka and Fuji, in addition to the Motegi test had provided us with a much different feedback.

Unfortunately the rain did complicate things. Last year, I had scored the fastest laptime of the Formula Nippon practice at my debut, but this time it's been tougher.

Our Bridgestone tires could not keep the pace we expected and all the cars on the same tires faced some struggles. In addition to that, we suffered from more problems, including another contact with a lapped car and tyres mileage issues, that certainly did not play out in our favour.

I'm bitter because after four straight points finishes I'm back with a no-points weekend. It happens though, in the end things don't always go your way. I hope to rebound in the upcoming race at Motegi and be back battling for wins.

In two weeks, I'll be at the upcoming WEC race at Fuji, where I'll be the Junior Driver of Toyota Racing. We will celebrate the! win scored at Sao Paulo together and try to do it all again in front of our home crowd”.