ARTA Honda driver Tomoki Nojiri says the fuel drama that cost the Impul Nissan victory in Sunday's Motegi SUPER GT race didn't come as a surprise, as he suspected the team had short-filled in its pitstop.

Nojiri was pressuring the Impul machine of Kazuki Hiramine during the closing stages of the penultimate race of the season, and swept by on the final lap when Hiramine suddenly slowed exiting Turn 2 to take a second consecutive win for himself and teammate Nirei Fukuzumi.

Nobuharu Matsushita had put Impul in a winning position by moving up from fourth to the lead in the opening stint, before pitting to hand over to Hiramine on lap 23 of 63.

Fukuzumi, who had started the ARTA car, pitted on the same lap, with Hiramine maintaining the advantage for Impul and leading by as much as four seconds before Nojiri started to close in.

"The pitstop for car #12 was obviously fast, so I thought there was a high chance they short-filled and it would be tough for them," Nojiri said. "I thought if I pushed something could happen, so that’s what I did.

"It became clear just before the first corner [on the final lap]. His acceleration faltered, so I thought either he had simply lifted off the throttle or he was running out of fuel. Exiting Turn 2, he didn’t accelerate, and at that moment I knew it was our race.

"We were told more or less that the fuel was okay, so I was able to get to the finish without worrying about it."

Victory for Nojiri and Fukuzumi - who become the first GT500 drivers in two years to score back-to-back wins - moves them to within five points of championship leader Naoki Yamamoto, who failed to score on Sunday, with just the Fuji Speedway season finale remaining. 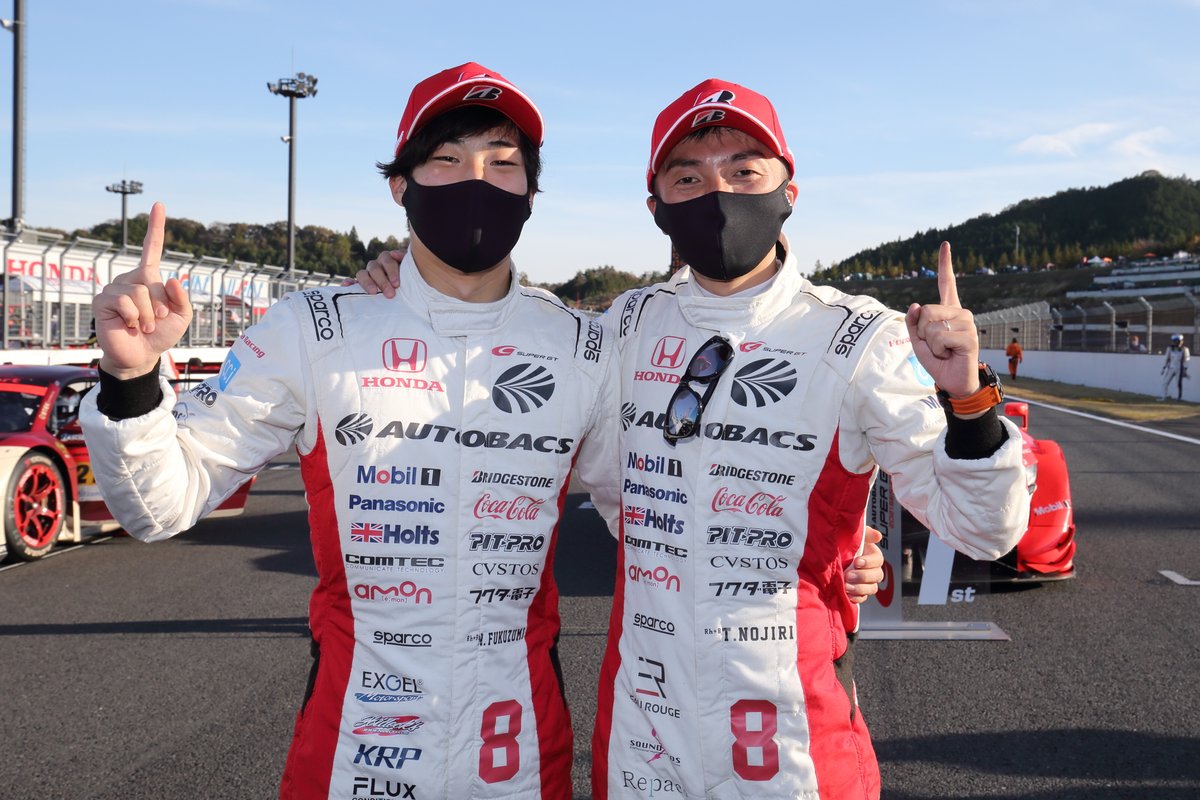 It means that a third straight win for Nojiri and Fukuzumi would guarantee a first ARTA title since 2007, regardless of where Team Kunimitsu man Yamamoto finishes.

This year's Super Formula champion Nojiri admitted post-race that he didn't even know the points difference to Yamamoto, joking: "That’s how little I was focused on it!"

He added: "[A gap of five points] means that if you win the race, you can win the title by yourself. Many people have said you have to win three races [to recover the points difference], and so far we’ve been able to get two.

"Obviously, we are only aiming to win [at Fuji]. If we do that, we’ll get the title, so I will just treat it like any individual race, and fight so that we are able to win."

Fukuzumi added: "We were having the kind of season where you couldn’t afford to think about the championship, but now we’ve won two races and we have a chance.

"Both of us have had a good season in Super Formula, so I think we just have to keep up this rhythm to get the title."