Aston Martin factory driver Nicki Thiim will not be able to take up his seat with the D'station Racing team when the SUPER GT season commences at Fuji Speedway this weekend.

Thiim was supposed to make his debut in the Japanese championship on July 18-19 sharing D'station's Aston Martin Vantage GT3 with Tomonobu Fujii.

However, the Danish driver was forced to miss the first official test of the pre-season at Okayama in March due to a clash with the eventually-cancelled Sebring 1000 Miles round of the FIA World Endurance Championship, and was then unable to make it to Japan last month for the delayed second test at Fuji due to the country's strict travel restrictions.

Fujii was the sole driver in the #9 Aston Martin for both tests.

Although Thiim's name was still listed for D'station in the most recent entry list for this weekend's Fuji race, a spokesperson for the British marque has confirmed that he will indeed not be taking up his seat. It's not yet clear who will replace Thiim alongside Fujii, other than it will be a locally-based driver. 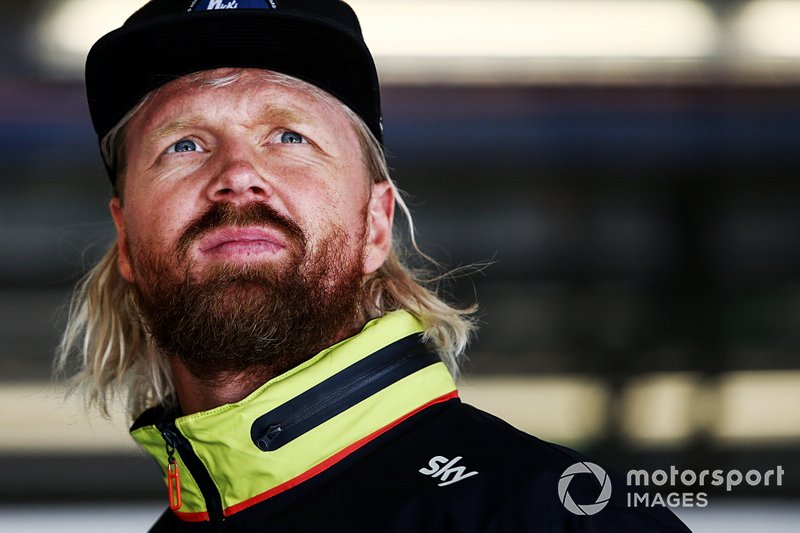 The spokesperson added that it remains "the intention of all parties is to get Nicki in the car as soon as possible" when asked whether Thiim could realistically arrive in time for the second round of the season at the same track on August 8-9.

D'station won't be the only GT300 team going without a star European driver this weekend. Team Hitotsuyama will have to do without the services of factory Audi driver Christopher Mies, while the JLOC squad will be missing Lamborghini-contracted Dennis Lind.

In the GT500 class, ex-Formula 1 driver Heikki Kovalainen is missing the Fuji race and will be replaced at the SARD Toyota team by reigning SUPER GT champion Kenta Yamashita.

Bertrand Baguette looked set for a similar fate but managed to secure a late reprieve, and will take up his regular seat in Real Racing's Honda NSX-GT next to Koudai Tsukakoshi.

Thiim could return to DTM this year in an Aston Martin