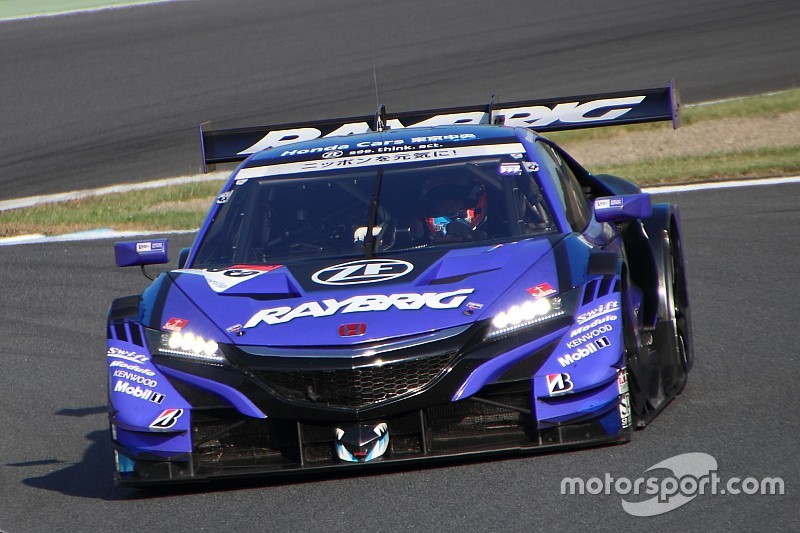 Ex-Formula 1 world champion Jenson Button has blamed balance issues for a subdued performance in the last official Super GT test of 2018 at Motegi.

Button and Team Kunimitsu stablemate Naoki Yamamoto wound up 11th among 15 cars in the two-day test, 0.840s slower than the pace-setting Bandoh Lexus of Yuji Kunimoto and Kenta Yamashita.

The 38-year-old, who will be racing in this weekend’s Fuji WEC round for the SMP Racing LMP1 team, described his test struggles as “strange” but is confident that his team can work out a solution.

“Yeah, a difficult day for us today,” Button told Motorsport.com. “We struggling with a few different things, the balance.

“Strange because yesterday morning the car was working well. But yesterday afternoon and today Naoki and myself were both having it difficult.

“I think we have an understanding of what we can change to help. But yeah, tough day, very tough.”

Although all Honda teams appeared to struggle in the test, Button was equally worried about the gap to the fastest NSX-GT - the eighth-placed Real Racing car of Koudai Tsukakoshi and Takashi Kogure.

However, with temperature expected to fall by the time Motegi hosts the title decider in November, the pecking order is likely to see a shuffle.

“But every test this year has been positive,” Button said when it was pointed out that weather is expected to be drastically different in a month’s time.

“But as you say it’s much cooler so I’m sure there will be different issues next month. We just got to make sure we learn from today.”