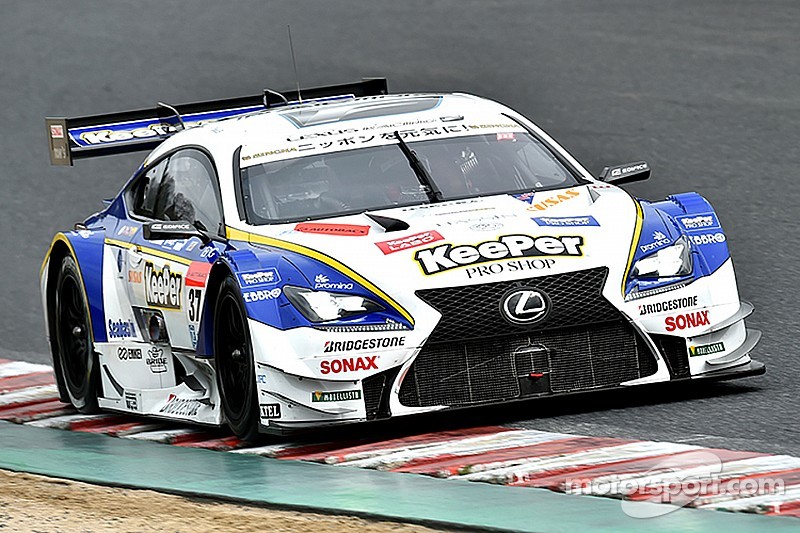 The KeePer TOM’S entry of Andrea Caldarelli and Ryo Hirakawa have taken pole for the Super GT season opener at Okayama.

After making it through to the second round of qualifying, 21-year-old Hirakawa pulled out an impressive 1m19.008s to grab his first Super GT pole in the TOM’S Lexis RC F.

The #37 entry led a Lexus 1-2-3, with the Eneos Sustina RC F of Kazuya Oshima and Yuji Kunimoto grabbing second place with a best of 1m19.106s, followed by the Zent Cerumo entry of Yuji Tachikawa and Hiroaki Ishiura.

The GT300 grid had more variety at the top end, with the Gainer Tanax Nissan GT-R GT3 of Andre Couto and Matsumasa Chiyo finding more than half a second between Q1 and Q2 to take pole.

The Mercedes SLS of Katsuyuki Hiranaka and Bjorn Wirdheim was second fastest, ahead of the Arta Honda CR-Z of Shinichi Takagi and Takashi Kobayashi.