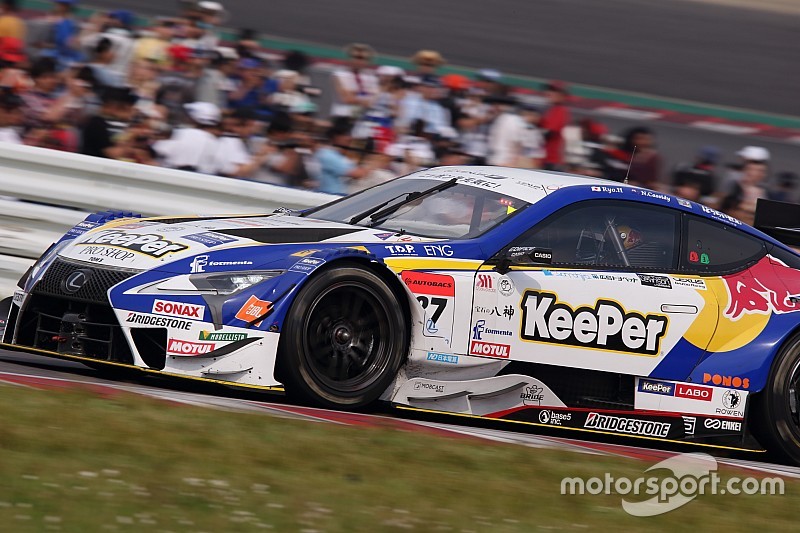 Nick Cassidy believes a slow pitstop denied him and teammate Ryo Hirakawa what could have been an easy victory in the Suzuka round of SUPER GT series.

Hirakawa entered the pits at the end of lap 24 to make his mandatory stop and hand over the car to Cassidy, who had asked the TOM’S team to let him drive the #37 Lexus in the second stint.

But instead of holding station, Cassidy effectively emerged out of the pits in third place, behind the Team LeMans Lexus of Kazuya Oshima.

The Kiwi overtook Oshima in no time and then set about chasing the sister TOM’S Lexus of Yuhi Sekiguchi for the lead, only to make a mistake at 130R and drop behind Oshima again.

Although the 24-year-old managed to repass Oshima later in the race, Sekiguchi had already pulled clear of the field by then, leaving him and Hirakawa a distant second.

Speaking after the race, Cassidy said the slow pitstop dropped him out in traffic, which meant the Bridgestone tyres on his Lexus were subject to greater loads.

He added: “The problem at this track is it’s high downforce. So if you are in the train, it makes the tyres really hot. So it’s always easier if you are leading.

“So [after slipping behind Oshima] I had to be a bit more patient, I’d wait for my next chance. But the way the traffic was working, I think Oshima lost [touch with] Yuhi at one point and then we had more traffic at wrong moment.

“I was just kind of waiting and then at the end I can pass back. But I think I had the best speed today. With a normal pitstop I think it would have been quite an easy race.”

Suzuka featured unusually high temperatures for a race in May, which led to a shaken-up pecking order.

Lexus locked out the podium spots and all six of its car finished in the top eight, while Nissan endured its worst result since the 2017 Thailand round.

Cassidy believes Lexus’ pace had little to do with the temperature as the LC500 is known to be an all-rounder - whether it comes to track or weather.

Instead, he suggested cars from Nissan and Honda are more sensitive to weather changes, explaining their sudden drop in pace compared to the previous round at Fuji.

“I don’t think [there was a] big effect for us in the temperature,” he said. “I don’t understand Honda or Nissan performance, if they go better or worse. But our car is consistent.

“So I think if we are fast, we are same performance. Maybe others drop I don’t know. So I mean we didn’t expect to be fast at Suzuka.

“I really thought coming into the weekend Honda #1 [car of Jenson Button and Naoki Yamamoto will be strong]. So maybe they got the tyre choice wrong for this condition.”