After its worst SUPER GT season in a decade, Cerumo recruited top engineer Kotaro Tanaka to try and revive its fortunes. But, as Tanaka reveals, the problem within the team is less on the technical side and more on the communication side.

Cerumo is a name that needs no introduction to fans of Japanese motorsport. With three titles under its belt in SUPER GT’s top GT500 class and three more in Super Formula in partnership with Inging, it ranks among the most successful teams of recent years across the two series.

But, certainly in the former category, Cerumo has fallen on hard times recently. Its last title win came back in 2013, and it has been more than two years since the #38 Toyota (then a Lexus) won a race. Last year, Yuji Tachikawa and Hiroaki Ishiura placed ninth in the drivers’ standings with only a single podium finish, the team’s worst result for a decade.

With the team's previous engineer Takuji Murata being poached by Kondo Racing for 2021, Tanaka was hired to fill the breach and try to bring Cerumo back on a par with fellow Toyota squads TOM’S, SARD and Rookie Racing.

Tanaka has one of the most decorated CVs of any engineer working in the SUPER GT paddock today, having won the GT500 title with SARD in 2016 and Formula Nippon (now Super Formula) three times for Honda outfit Nakajima Racing.

He’s also notable for having worked with numerous foreign drivers over the years, including Andre Lotterer, Loic Duval, Frederic Makowiecki, Heikki Kovalainen, Nick Cassidy and Sacha Fenestraz. And this has given him a clear perspective of the ‘European way’ of doing things within a racing team, which can often be quite different to the ‘Japanese way’.

Indeed, more than improving the car performance itself, Tanaka says it’s his job to get Cerumo to operate more as a whole team instead of a series of isolated groups that do not communicate outside of their own bubbles.

“The baseline of this team is very good, but what I’ve realised since I joined is that the sharing of information is not perfect yet,” Tanaka told Motorsport.com. “The engineers keep to themselves, the mechanics to themselves and also the marketing side.

“We have three different groups, which are all operating at a high level, but the communication between them is not there yet. It’s very typical of a Japanese team. Everyone is holding back all the time. They are afraid to disrupt the team harmony or upset somebody, so they prefer not to talk. 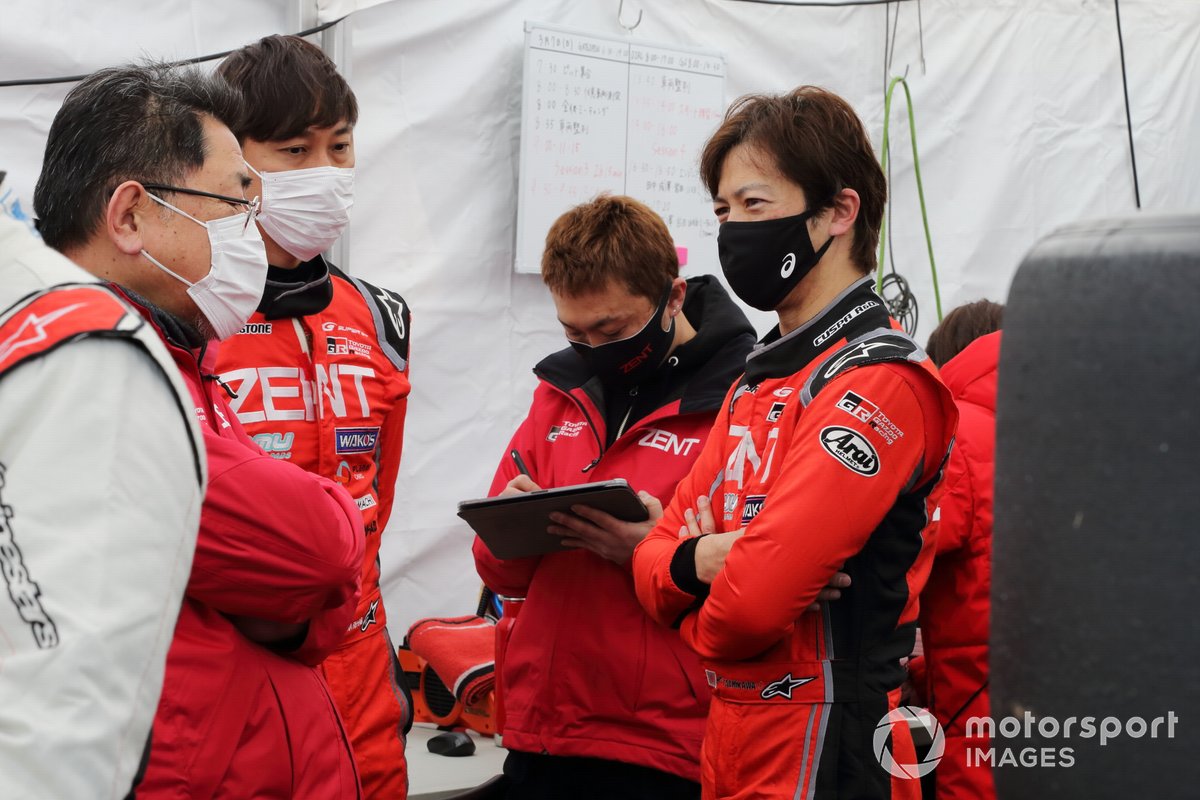 “The European way is easier. They always speak directly, and there’s no lies. My job is to get these groups to communicate directly, and do things the more European way. If we don’t do that, information doesn’t get where it needs to go and this can impact the results.

“We want everyone in the team to be on the same page, and share information. It’s very important, and in particular this team has not been strong in that sense.

“At first I was thinking, ‘Why is it like that?’ But it’s because the engineers were not employed in-house, they came from outside. So they were focused on their own job, and not thinking in terms of the company. That’s why the owner brought me in and asked me to organise and stabilise everything, not just the car performance but on the human side.

“I am not caring just about the results. The most important task for me is to create a very good team all-round.”

A long-time engineer for Nakajima Racing and then Dome, Tanaka switched from the Honda camp to Toyota in 2015 following Dome’s withdrawal from the GT500 class, winning the title in his second year for SARD in 2016 with Heikki Kovalainen and Kohei Hirate.

He briefly moved to Team LeMans following the tragic passing of Kenji Yamada in early 2018, helping the squad rebuild that season before moving back to SARD for 2019. But his return would again be short-lived as he left the GT500 class altogether for 2020, moving down to the GT300 ranks to help Inging Motorsport with its new project.

“As well as joining a new team, I’ve been away from the GT500 class for a year,” said Tanaka. "So there is a bit of a ‘knowledge gap’ with the new Supra.

“A lot of the mechanicals are the same as the old LC500 but some things are different, and Cerumo’s way of doing things is very different from other teams, so we’re still trying to match my philosophy with that of the drivers and the mechanics. I think this takes a while.” 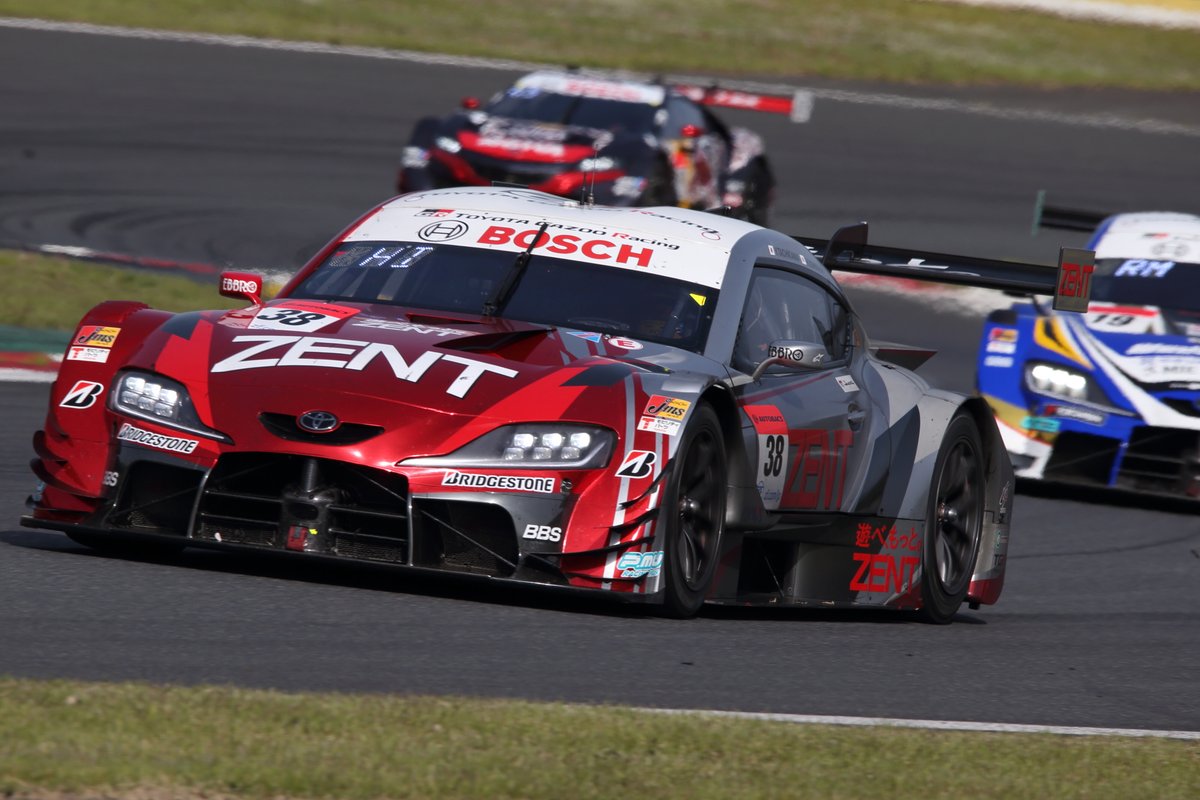 Tanaka was also named as Cerumo’s official team director for this season, taking over in the role from none other than three-time GT500 champion Tachikawa himself, although he says he was performing a similar job for SARD during his stint at that team.

“I am handling anything and everything,” said Tanaka. “When I came here initially, the team owner said I should take care of everything in the team. But actually in SARD I was doing the same job, before Juichi [Wakisaka] came.”

So far this year, Cerumo has suffered an even worse season than it did in 2020, with Tachikawa and Ishiura managing just 11 points and not recording a single top-five finish in what ranks as the team’s worst start to a season since 1998 – the year before Tachikawa first joined the team.

But Tanaka has been encouraged by the car’s performance in the most recent two rounds at Suzuka and Sugo, even if the former race only ended up yielding a disappointing eighth-place finish and the latter ended with a retirement due to a turbo issue.

“We are getting there,” said Tanaka. “But we are up against strong competitors, so the result is a different story. Sometimes we are up, sometimes we are down. Also, the tyre performance can dramatically change from one round to the next, so it makes it difficult.

“The results have been quite poor so far, but we are there, we are not lost. We just need some luck. This year the championship is difficult as there are only three races left, but from now on we need to aim for the podium in every race.”